Months ago, an independent team hired by Aurora determined no one involved in the incident identified a crime that Elijah McClain may have been suspected of. 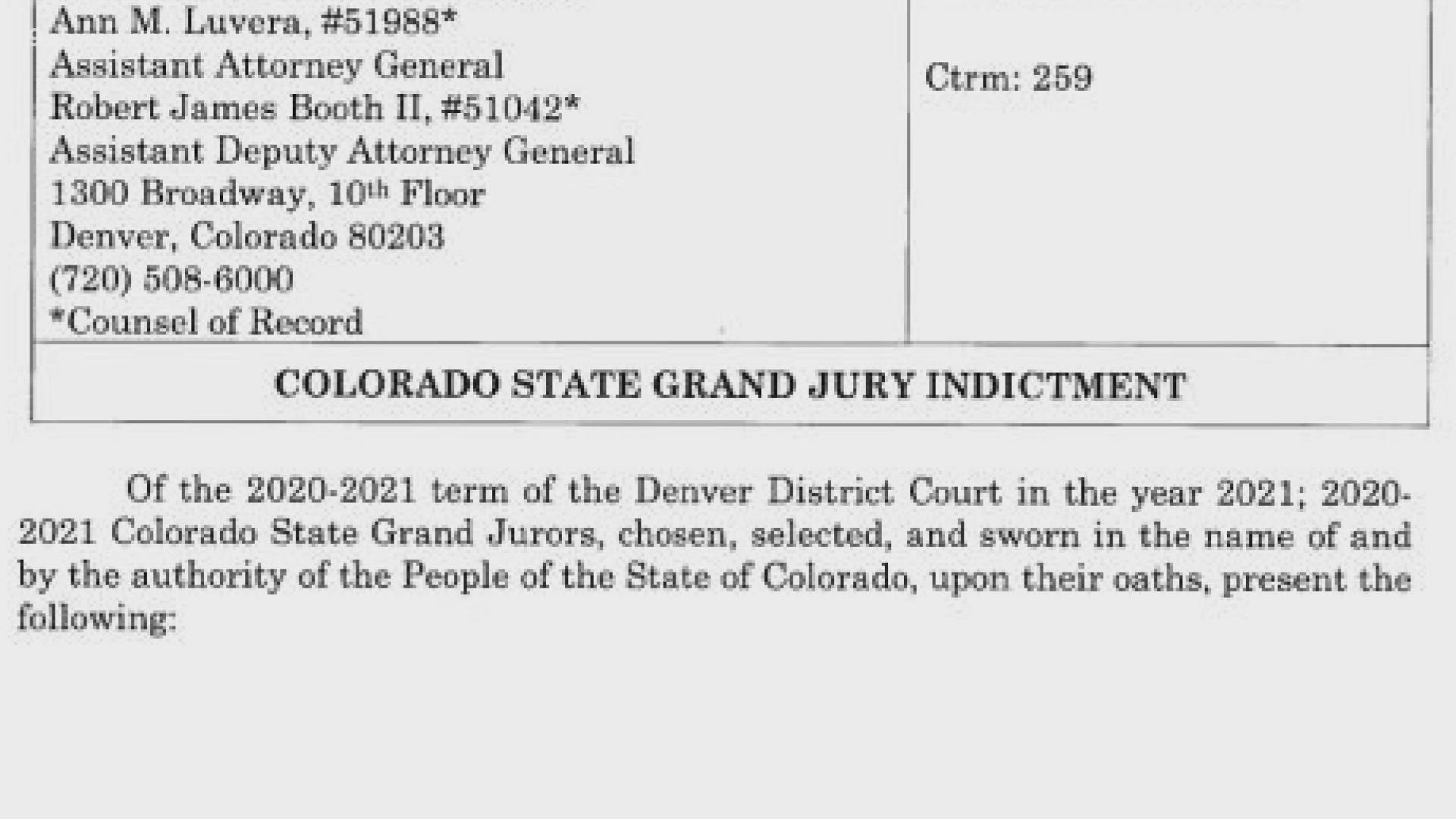 AURORA, Colo. — In February, an independent team hired by Aurora released a scathing report that said none of the factors police officers identified amounted to reasonable suspicion to stop Elijah McClain.

Jonathan Smith, the attorney who led that review, believes the grand jury's indictment this week closely matches the findings in their investigation. A grand jury indicted five people for McClain's death, including two current Aurora police officers, one former officer, and two paramedics.

"There was not a legal basis for them to go hands on and for them to take him into their custody," said Smith.

Aurora hired the panel to look into what happened the night officers encountered McClain. They examined body camera video, the investigation done by Aurora Police Department's Major Crimes Unit, and they had access to the department's policies and training materials.

"All Mr. McClain was ever alleged to have done was to act suspiciously because he was waving a mask, he was waving his arms," said Smith.

RELATED: The death of Elijah McClain: A timeline of events

Of many things, the panel concluded the police officers didn't identify a crime McClain was suspected of committing. They laid out their findings in a report that was released months before the Grand Jury's decision.

On Wednesday, a Grand Jury returned a 32-count indictment almost two years after the Adams County District Attorney at the time declined to file charges against the officers. In November 2019, District Attorney David Young concluded there was no reasonable likelihood of success of proving any state crimes beyond a reasonable doubt at trial.

"This review is limited to a determination of whether state criminal charges should be filed against the involved officers," said Young in a letter to Aurora's police chief at the time, Nick Metz. "It is therefore not my role to second guess the actions of the involved officers to determine if they could have reacted to this situation in a different manner."

Metz held a press conference the day he received the letter from Young in November 2019. He was asked about his assessment of the officer's actions the night they approached McClain. Metz said he thought the officers, overall, did a "good job".

At the press conference, Metz said he was ordering a force review board to be convened to determine if the officers' force was within policy. The board later determined their actions were consistent with training.

A few months after his decision to note file charges, Young sent out another statement about his decision in the McClain case.

"Furthermore, although I may not agree with the officers’ actions in this incident, in order to prove a crime, the evidence must demonstrate beyond a reasonable doubt that the force used was not justified," he said.

Smith said it is rare for police to be prosecuted, and it is even more rare to have a local prosecutor's decision overridden by the state Attorney General.

The panel did not look at medical evidence to determine a cause of death. Smith said the Grand Jury did make a conclusion on that.

According to Smith, there was only one brief moment when the panel determined force was justified. That moment was when an officer thought McClain was reaching for another officer's gun. It was only after the threat was gone, Smith said, that McClain was put in a carotid hold.