A year after Elijah McClain's death, his family wants you to remember his life not just the way he died 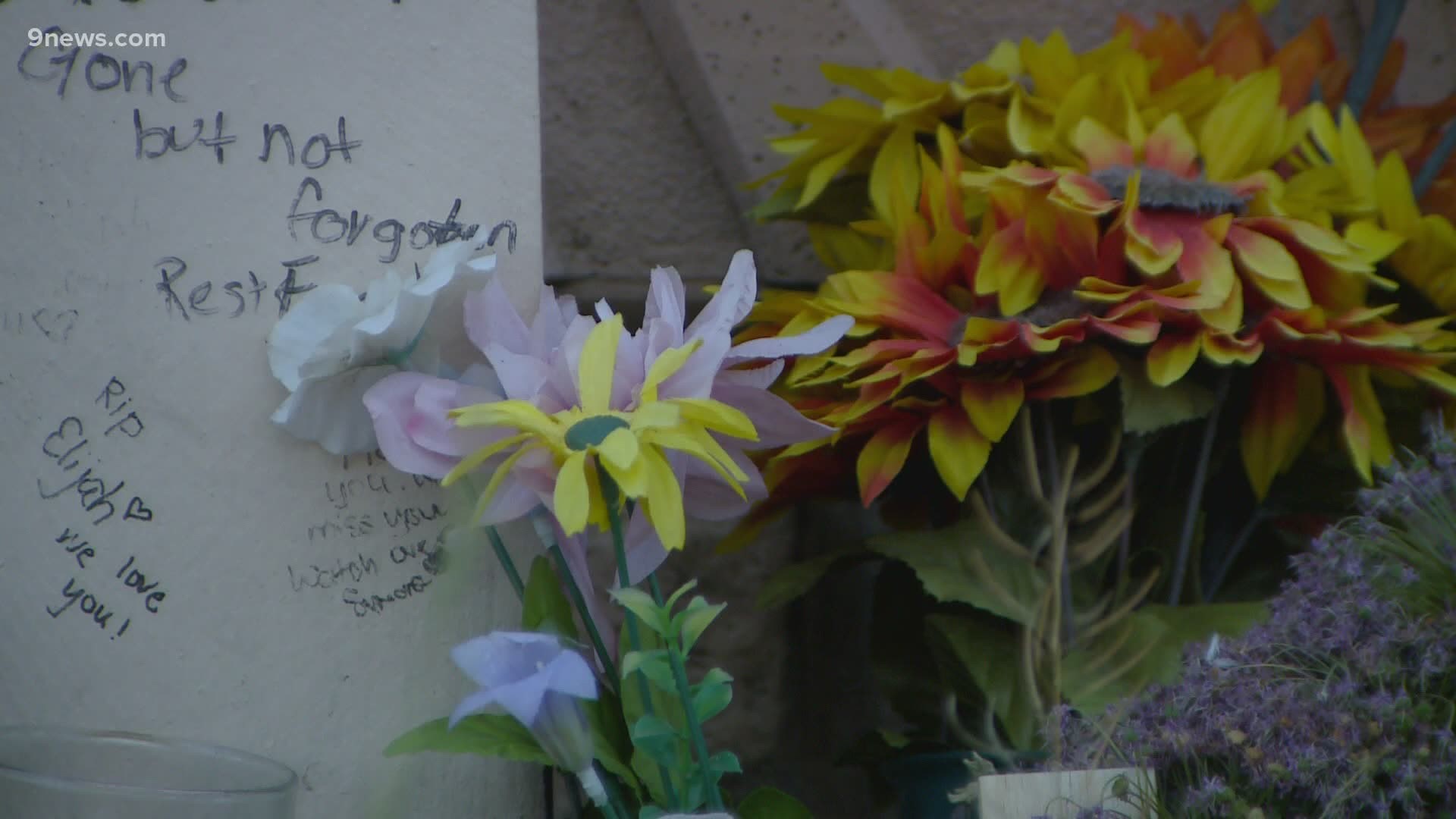 A year since a family lost their son and the world learned of Elijah McClain’s final moments walking home in Aurora.

"It feels like it’s been a decade some days," said Candice Bailey, a friend of the McClains. "We have focused so much on what happened to Elijah that we are not focusing on the human being that Elijah really was."

Bailey is an actionist in Denver and spoke with 9NEWS on behalf of the McClain family. Elijah’s mother Sheneen was with us, but has declined interviews until the officers involved in her son’s death are fired.

"The ask has never ever changed," said Bailey. "We are asking for every officer that was there, every EMT that was there and present and had knowledge of anything, the coroner’s office, Dave Young, we want them all fired. We want them all charged with crimes, convicted and put in a penitentiary."

A lot has happened in the past year.

From protests to lawsuits to investigations launched, Elijah McClain’s name has been heard around the globe. But back here in Colorado, the McClain’s fight for justice continues.

"No one is incarcerated. No one has even been fired outside of for a picture," said Bailey. "We need some type of healing in our community, and what better place to start than with Elijah McClain."

Monday will mark one year since the night Elijah was approached by police officers while walking to his house. McClain’s family wants to use the day to show gratitude for the change Elijah is still creating.

The question now is how and where to hold the gathering. A car rally planned in Aurora for Sunday was canceled by McClain’s family. Bailey said they didn’t appreciate Aurora Police sending a letter to local businesses warning them of potential violence and feared police would respond to the rally in riot gear.

RELATED: APD sends letters to 116 businesses ahead of now canceled march in honor of Elijah McClain

"No matter what someone else’s message may be when they come to a protest, we don’t allow for it to turn into anything negative or anything that would be damaging to Elijah," said Bailey. "Elijah McClain was sent here to change this world. It is up to us, the task has been left to us by Elijah, and if we do not do that, we are not honoring his life."

The event was then moved to a local open space in Denver, but that was canceled also. Now the family is left looking once again for a safe place to remember Elijah McClain.

"If we’re standing on a street corner come Sunday, that’s what we will do," said Bailey. "If you’re thinking about Elijah, you should be thinking about love. Leave the hate at home on Sunday."

While other groups not affiliated with McClain’s family have organized protests in Aurora for Sunday, the McClains said they won’t be in attendance.

This weekend, the McClain family will remember the Elijah they knew. Long before the night the rest of us learned his name.

"As long as we continue to focus on negativity, we’re never going to live in the light of Elijah’s life," Bailey said.