Aurora's mayor and city council members asked questions to the three members of the panel who conducted the investigation. 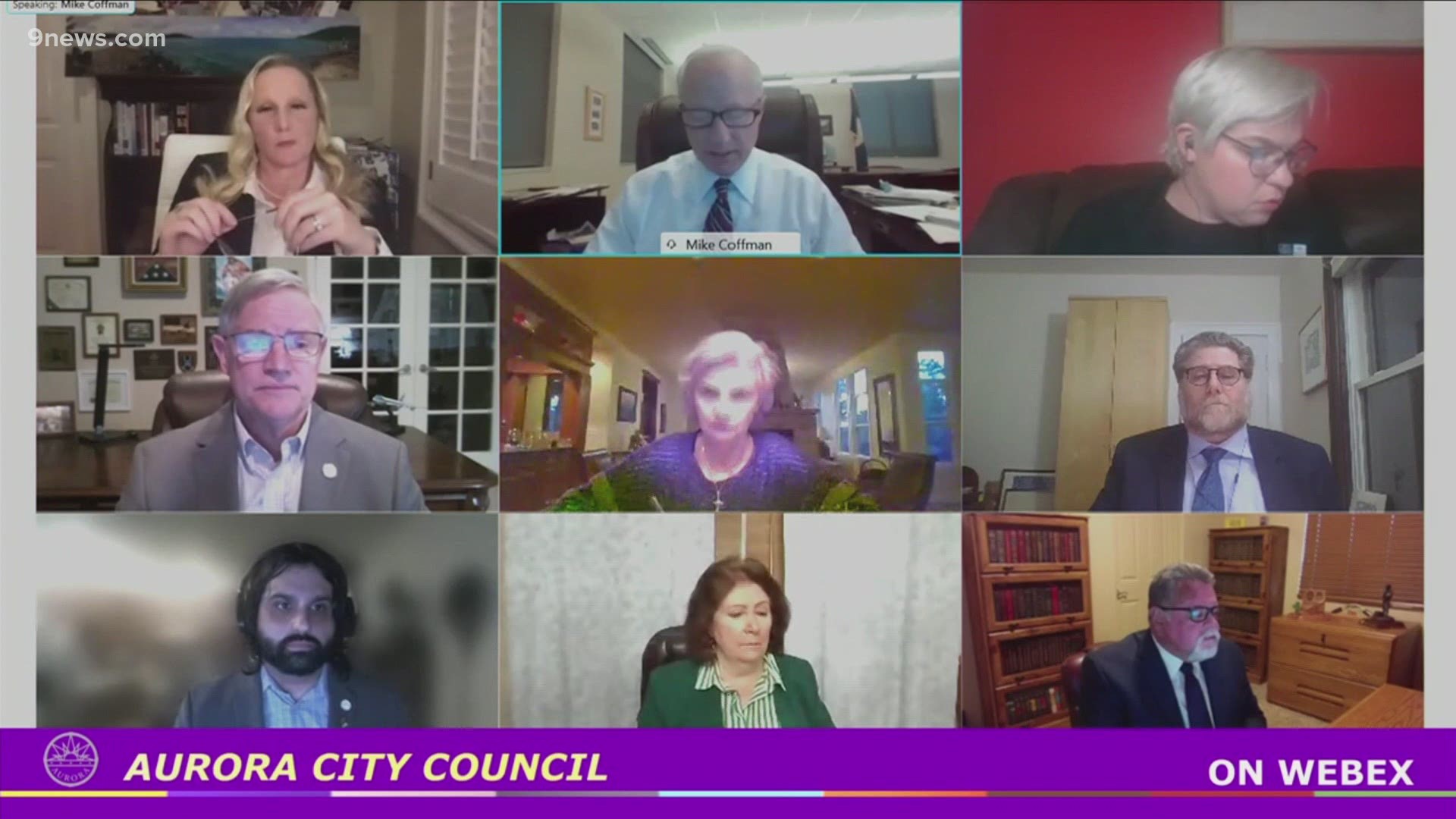 AURORA, Colo. — Aurora's mayor and city council members spent two hours Tuesday night asking questions to members of the panel who put together a report about the death of Elijah McClain and the response by the Aurora Police Department (APD).

McClain died after an interaction with APD officers on Aug. 24, 2019. The department said officers were called to the area of Billings Street and East Colfax Avenue after receiving a report of a "suspicious person." That's when they encountered McClain. His death has garnered nationwide attention and scrutiny.

Last Monday, the panel, led by civil rights attorney Jonathan Smith, presented the findings of the report to Aurora city leadership, but leaders did not have the opportunity to ask questions afterward due to the length of their presentation.

Council member Dave Gruber and Mayor Pro Tem Françoise Bergan on Tuesday both took issue with the panel's decision that APD did not have a legal reason to stop McClain that night – a different conclusion than what came from the district attorney's office.

Bergan criticized the panel asking where they got their facts from and said she believes there was a reason to stop McClain that night based on crime rates in the area and McClain's facemask.

The panel clarified that in order for an officer to stop someone, there must be reasonable suspicion that a crime has been committed or is about to be committed – and under the Fourth Amendment, McClain didn't need to stop for the officers.

"Is wearing a mask a reason of suspicion? No," Smith said. "Is being in a high-crime neighborhood a suspicion? No."

Several council members and Mayor Mike Coffman asked about the panel's findings on the use of ketamine and whether it was appropriate.

The panel's conclusion was that "assessment opportunities were missed" between the initial request for ketamine out of anticipation for use, and the actual injection that took place six minutes later.

Panel members said there was a window when medical personal could have collected more information and possibly opted out of using the sedation drug.

Council member Marsha Berzins apologized to the McClain family for having to go through Tuesday's discussion and said things need to be done the right way.

The investigation began in the summer of 2020, nearly a year after McClain's death and at a time when there were nationwide protests calling for racial justice and police accountability following the death of George Floyd in Minnesota.

The report was commissioned by the city council and looked at the actions of Aurora firefighters, paramedics and police officers.

Serious concerns and significant weakness in the department's accountability system were exposed during APD's ensuing investigation, the report says.

Issues with the investigation into the death by the Major Crimes and Homicide Unit for APD raised some of those concerns, according to the report.

"Interviews conducted by major crime investigators failed to ask basic, critical questions about the justification for the use of force necessary for any prosecutor to make a determination about whether the use of force was legally justified," the report says. "Instead, the questions frequently appeared designed to elicit specific exonerating 'magic language' found in court rulings."

In addition, the report major crime presented to the district attorney and relied upon by the Force Review Board "failed to present a neutral, objective version of the facts and seemingly ignored contrary evidence," according to the report.

In Nov. 2019, Dave Young, who was the district attorney for the 17th Judicial District, declined to file charges against officers in connection with McClain's death.

The Colorado Attorney General has opened a grand jury investigation into McClain's death, and the FBI is also reviewing the case.