McClain loved to play the violin for animals. 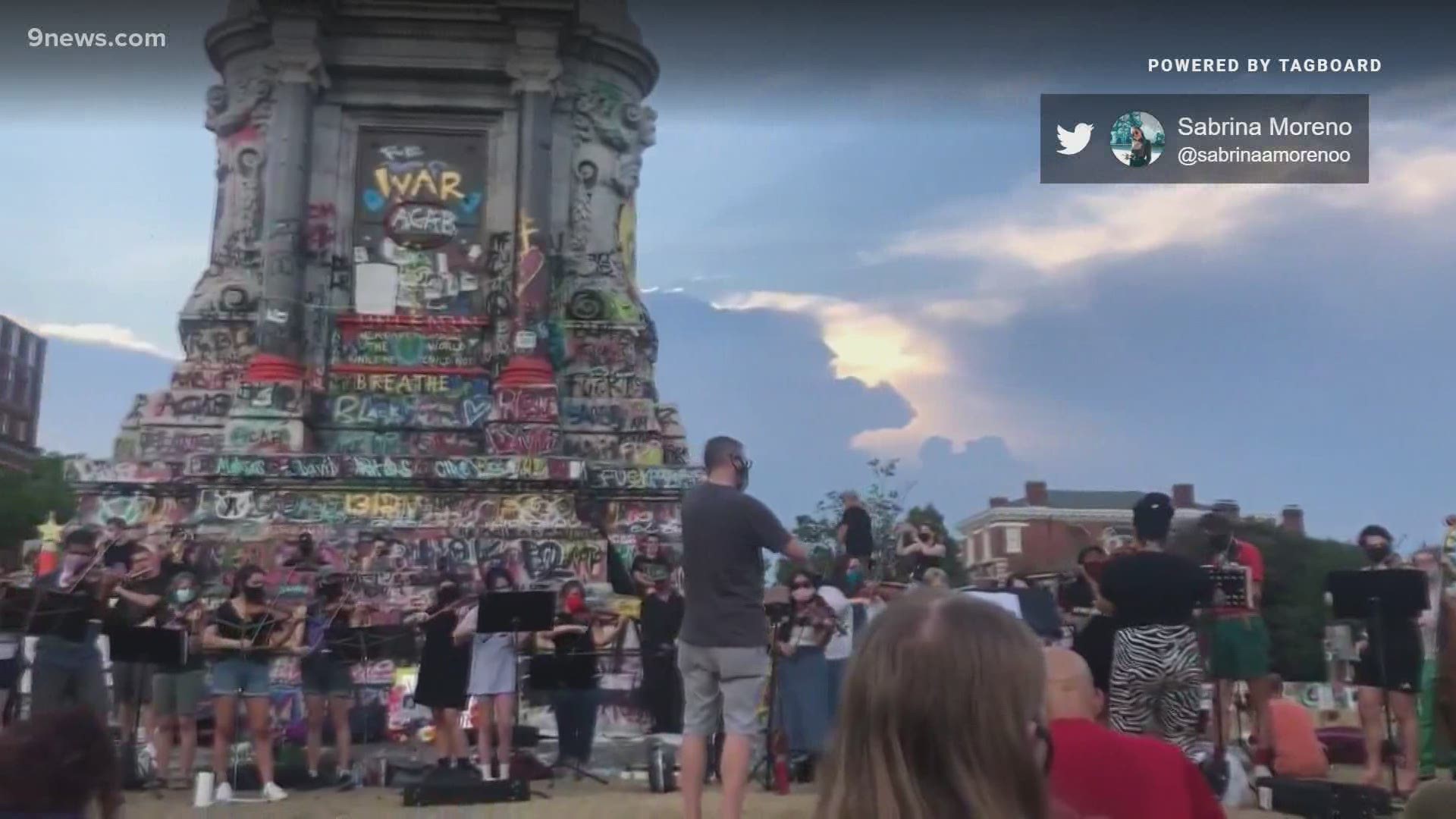 RICHMOND, Va. — A group of musicians, including several violinists, gathered in Richmond, Virginia Tuesday night to play a tribute to Elijah McClain.

At the base of the Lee Monument, the group played "Somewhere Over the Rainbow."

In Richmond, Virginia tonight, musicians came together and played “Somewhere Over the Rainbow” in honor of Elijah McClain, a 23-year-old Black man who was killed by police last summer.

He loved the violin and taught himself to play pic.twitter.com/hA9MlEpO3i

The violin has become a national symbol for the 23-year-old, who used to play the violin for cats at the shelter.