All three devices were found west of South Broadway and south of East Oxford Avenue. 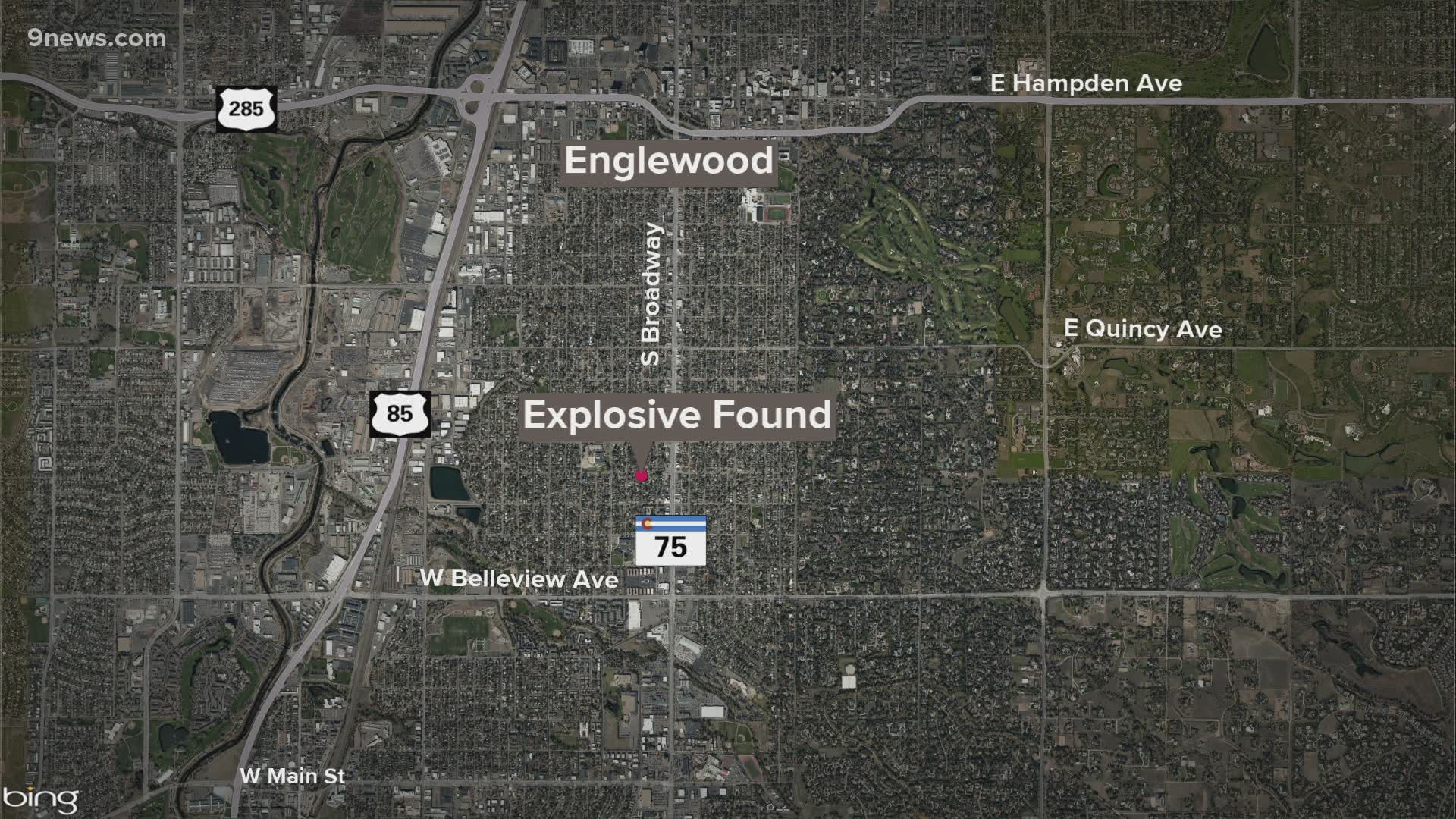 ENGLEWOOD, Colo. — Englewood Police Department (EPD) officers on Friday responded to their third report of a suspicious device left in a public area since January, all of which turned out to be explosives.

The most recent one was discovered just after 1 p.m. Friday at the intersection of West Union Avenue and South Bannock Street, police said.

Police said the object was spotted by a man walking his dog. Officers described it as a piece of pipe with something sticking out of it, EPD said, but they did not get close enough to determine what was sticking out.

Officers set up a perimeter, according to police, and the Arapahoe County Sheriff's Office Bomb Squad was called in to remove the device.

The Bomb Squad determined it was an explosive device and rendered it safe, EPD said.

EPD said the first device was found on January 16 at the football field at Englewood Alternative High School.

It resembled a pipe bomb, police said, and determined it was an active explosive device.

On January 20, a suspicious package was found at Rotolo Park. Someone reported seeing a man place a cylinder with tape on it near a fence on the north end of the park, EPD said. It was also an explosive, according to police.

The Englewood Police Department is asking for the public’s assistance with an ongoing investigation.

The PD, along with our law enforcement partners have been investigating a series of suspicious devices that have been left in public areas.

Police are now asking for the public's help with their investigation. They're asking citizens to be vigilant and report any suspicious activity or devices. Anyone who sees something suspicious is asked to avoid picking it up or touching it, leave the area and report it.

Additionally, you can call Crime Stoppers at 720-913-7867 or visit metrodenvercrimestoppers.com. Tipsters can remain anonymous and may be eligible for a reward of up to $2,000.