450 people evacuated due to Golf Course Fire in Grand County

The Golf Course Fire is burning near the Rocky Mountain National Park and has forced evacuations of two neighborhoods so far. Five agencies are responding to the blaze. 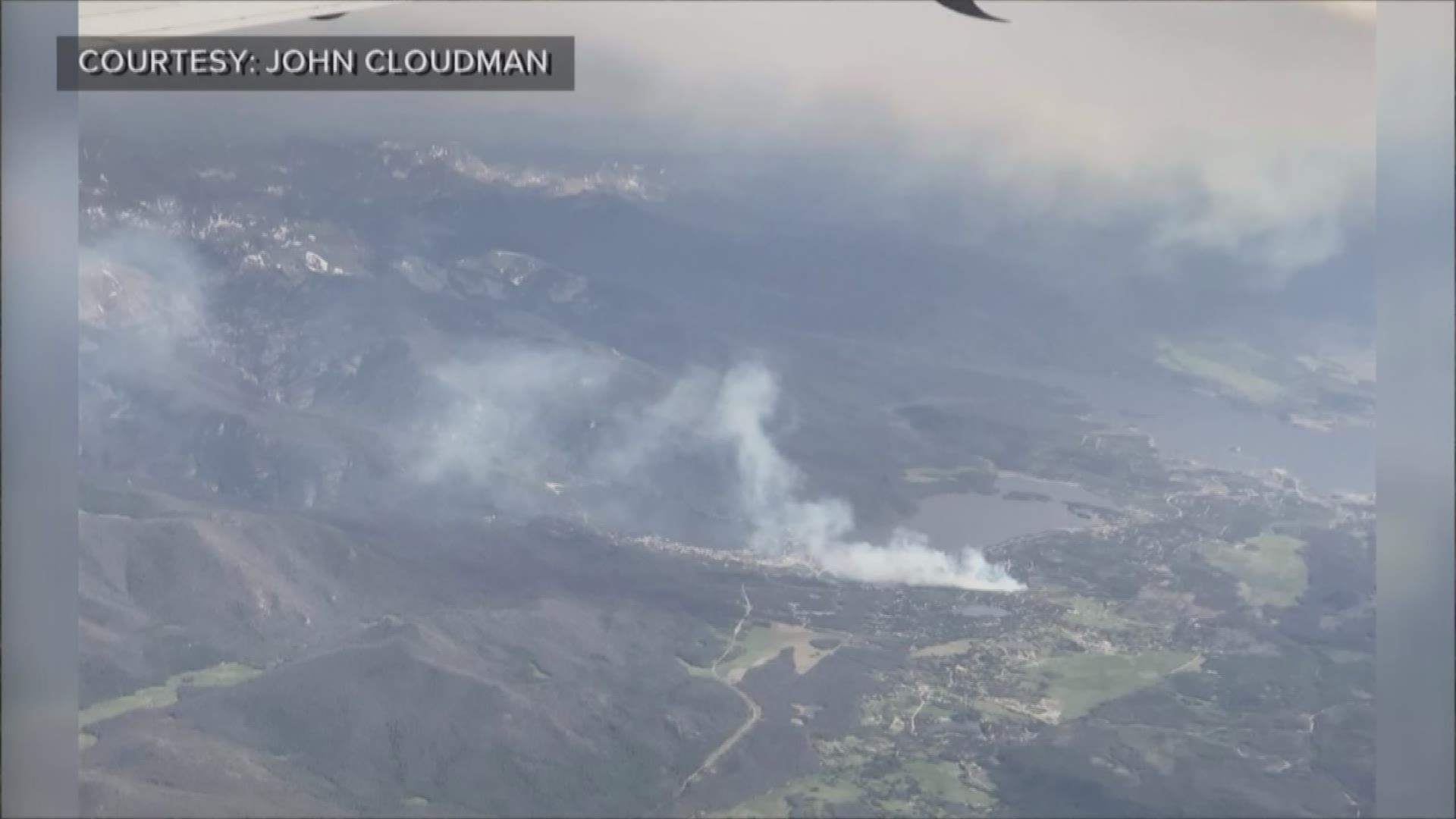 A wildfire in Grand County has forced the evacuations of hundreds of homes in Grand Lake Thursday afternoon, the Grand County Sheriff's Office said.

Lt. Dan Mayer with the Grand County Sheriff's Office said 300 homes were ordered to evacuate in the Columbine Lakes and Grand Lake Golf Course neighborhoods. About 450 people in all were evacuated.

Firefighters responded to the Golf Course Fire burning off County Road 48 near the town of Grand Lake around 2:30 p.m.

Multiple crews from Grand Lake Fire, East Grand Fire, Hot Sulphur Springs, EMS and the Sheriff's Office are all responding to the fire to get it under control.

County Road 48 is closed to the public out of a concern for people's safety near the town of Grand Lake.

Air support did make it to the Grand Lake area. pic.twitter.com/vyLPI1AXS3

The Sheriff's Office said they were not sure how many homes are actually occupied and that many are vacation homes.

This is the second fire burning in Grand County Thursday, the other being the Sugarloaf Fire on national land north of Silverthorne near Ute Pass.

Smoke from the wildfire is visible in the western part of Boulder County but it's important to remember there are no wildfires reported there, the Boulder County Sheriff's Office said.