Everything I need to know, I learned in marching band

This is one of many ramblings from a 9NEWS photojournalist and recovering band geek. 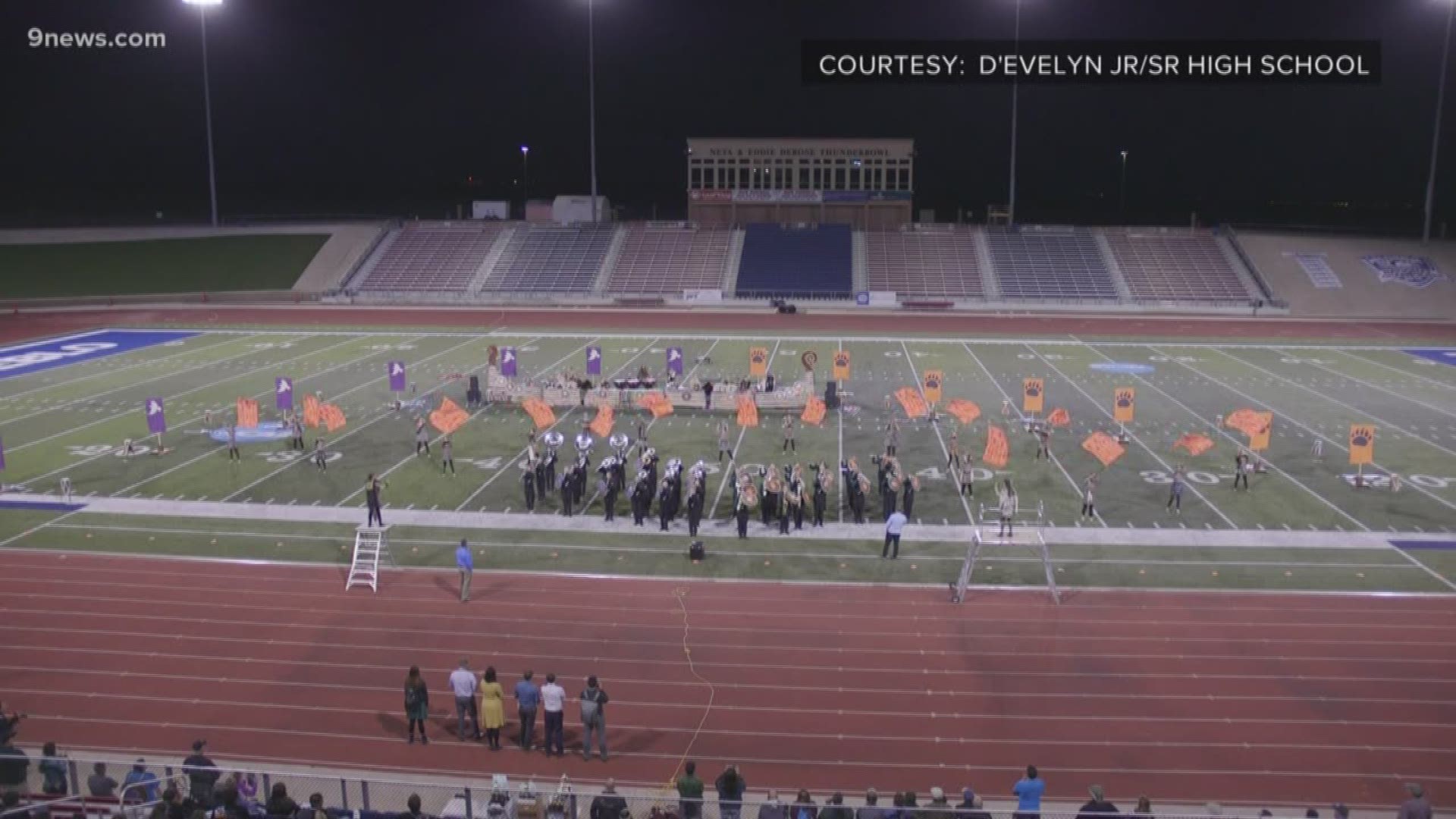 DENVER — Editor's note: This story is part of 9NEWS' "Hearts of Champions" series, where we're highlighting marching bands across the state. Watch our full stories on Fridays at 7 a.m. and 4 p.m., and on Saturday mornings all through the month of September. Share your photos and memories with us using #Bandon9.

Band geek, band nerd…we’ve heard them all. I say we, because I am one…and I embrace it!

When I was asked by boss and former color guard member Megan Jurgemeyer, to turn more In-depth stories, my mind immediately went to what I know: Marching Band.

I started my “band career” like most students in the fifth grade by picking three instruments that I wanted to play.  My choices were trumpet (my brother played), French horn, and I threw in drums just for laughs. Lo and behold, I eventually ended up as a percussionist (much to my parent’s delight).

By the time I reached the eighth grade, I hit my first musical milestone when I was chosen for the All-City middle school marching band and that sparked my new passion.

What most people don’t know about marching band is how physical this activity is.

While most student athletes are getting ready for their upcoming seasons, band members are also getting ready with band camps. These camps are held in the heat of the summer starting the first weeks of August.

They last usually for two weeks and for about 10 hours a day. Band members do calisthenics, run, and get in shape so they can learn to perform a six-and-a-half minute show.

By the way, it's a show they’ll perform while marching, running, playing their instruments and tossing flags. After camps, its rehearsals before, during and after school to perfect the show that most people see only during halftime of football games.

In high school, the weekend competitions begin in September. Marching bands compete against each other, culminating with the state championships in November.

Even though the days were rigorous and the time commitment was unbelievable, I loved marching band so much that I marched all throughout high school and college.

My commitment went even further during the summer months, when I marched eight years in the Black Knights and Sky Ryders Drum and Bugle Corps.

My parents and siblings were very supportive and I was always excited to see them in the stands.  My dad loved to see me march so much, I could always count on seeing him at competitions within a 10 hour drive of home.

Together, my father and I saw numerous bands and drum corps throughout the years.  We watched our last Drum Corps Finals competition here in Denver in 2004. He passed away the following year.

My other source of motivation through these years of marching was my high school band director and friend, Bob Spiegelman.  He talked me into signing up for band and marching drum and bugle corps my freshman year of high school because he saw a drive in me.  I kept in contact with Spiegelman over the years, sharing a laugh when we told stories of bus breakdowns, hot practice fields and playing the National Anthem for the World Series.  Through band, he taught me that my hard work and dedication would pay off in more ways than one.

My days of marching have long been over, but the life lessons I’ve learned from Spiegelman and marching band are plentiful: Never be late, work well with others, take ownership in what you do and practice, practice, practice makes perfect.

Even though Spiegelman has passed away all too soon (in 2011), his words are still with me today and the passion I once had for marching band has now turned to journalism.  I still keep in contact with some of my former marching mates.

Most still savor what we all loved back in our teens and early 20’s…the bonds we created marching together.

These are some of the reasons behind why I put together the stories you’ll be seeing in the next few weeks. I dedicate these stories to my dad, Mr. Spiegelman and my family.

Their support was and always will be my source of inspiration.

And to the young women and men band members who reminded me why I loved marching, these stories are for them…to shed a little light on the kids you’ll see performing at halftime next Friday night.