Explainer: Ocean Waves Are Powerful and Dangerous Enough to Kill

The science behind an intense wave like the one that killed a Raleigh father of six, reminds us mother nature works in mysterious ways. 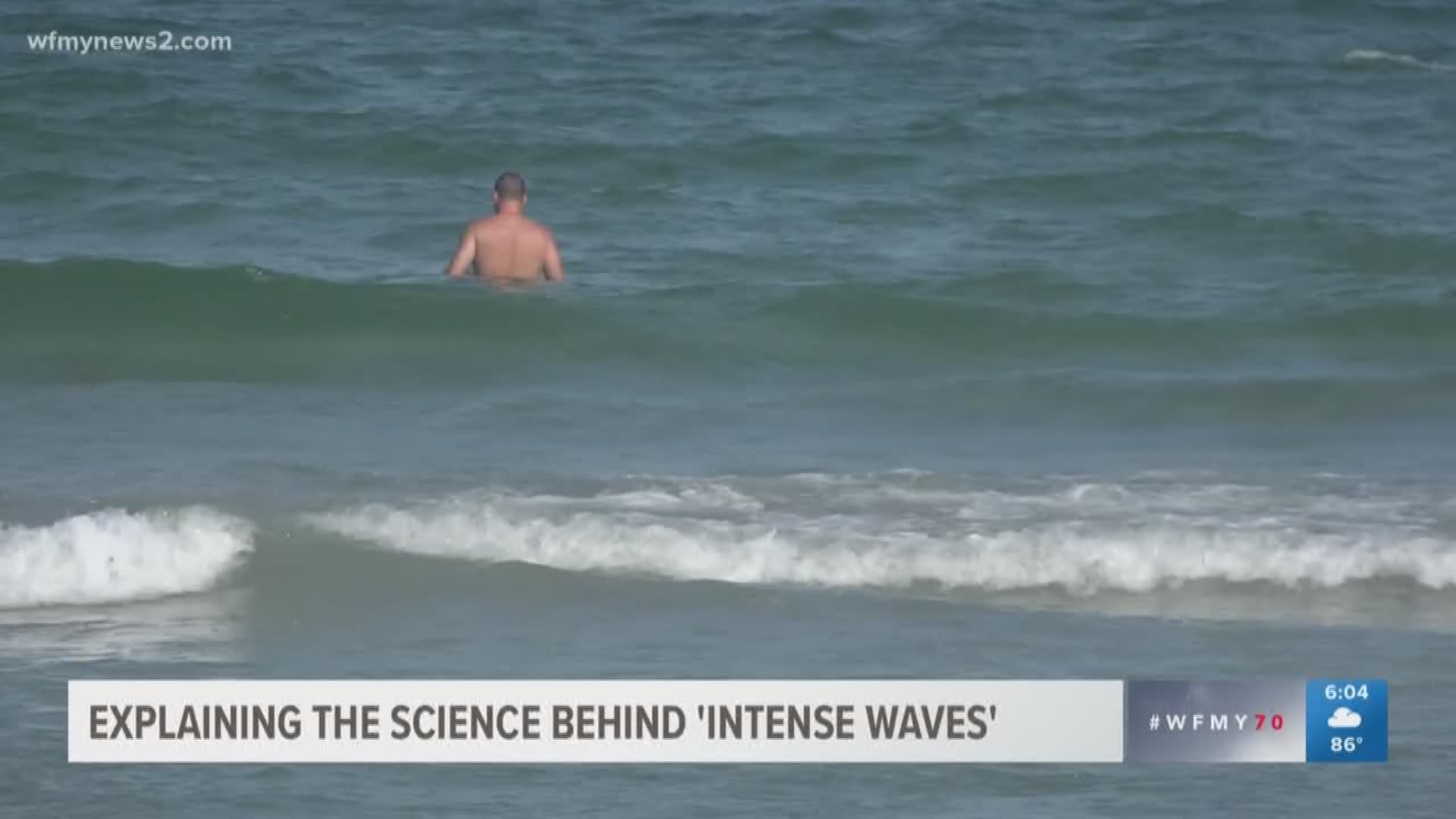 HIGH POINT, N.C. — Another tragic death along the North Carolina coast. This time, a father of six died, not from drowning, but from an intense wave on Oak Island.

A tweet from Shannon Dingle, the victim's wife, says, "Lee was playing on the beach with three of our kids yesterday, and an intense wave hit him just right to slam his head into the sand and break his neck."

No scientific explanation will ever help Lee Dingle's family understand why he is no longer with them, but the science behind an intense wave like that, reminds us mother nature works in mysterious ways.

MORE: 'Intense wave' blamed in death of a father of six at Oak Island

Doctor Jarett Lancaster, an Assistant Professor of Physics at High Point University, says there's no textbook definition for how or why this happened. But the movement and force we feel when a wave hits can be compared to riding a subway or a bus and it abruptly stops.

Credit: Shannon Dingle
Lee Dingle, pictured with his family, died after a wave struck him and caused him to brake his neck.

"Just a little bit of jarring motion can get your center of mass positioned away from where your feet are enough that you tip over and lose your balance," Doctor Lancaster said.

He explains where the wave hits plays a role on how it can affect someone: If you're deeper into the ocean, the waves haven't crested so your body bobs up and down. If you're standing on the shore, the wave is more likely to strike you because all the water is pushing through.

"Depending on how you're positioned or exactly how high the water is when you're hit, that can have a dramatic impact on what exactly the wave does to you," he added.

The National Ocean Service shares waves can be unpredictable, so it's important to be aware of your surroundings when in the water and asking a lifeguard about wave conditions before even getting in.