'They lost everything they own': Family escapes fire by jumping out 2nd story window

A witness said a man lowered his wife down as far as he could then handed her their kids. He then jumped out the window. 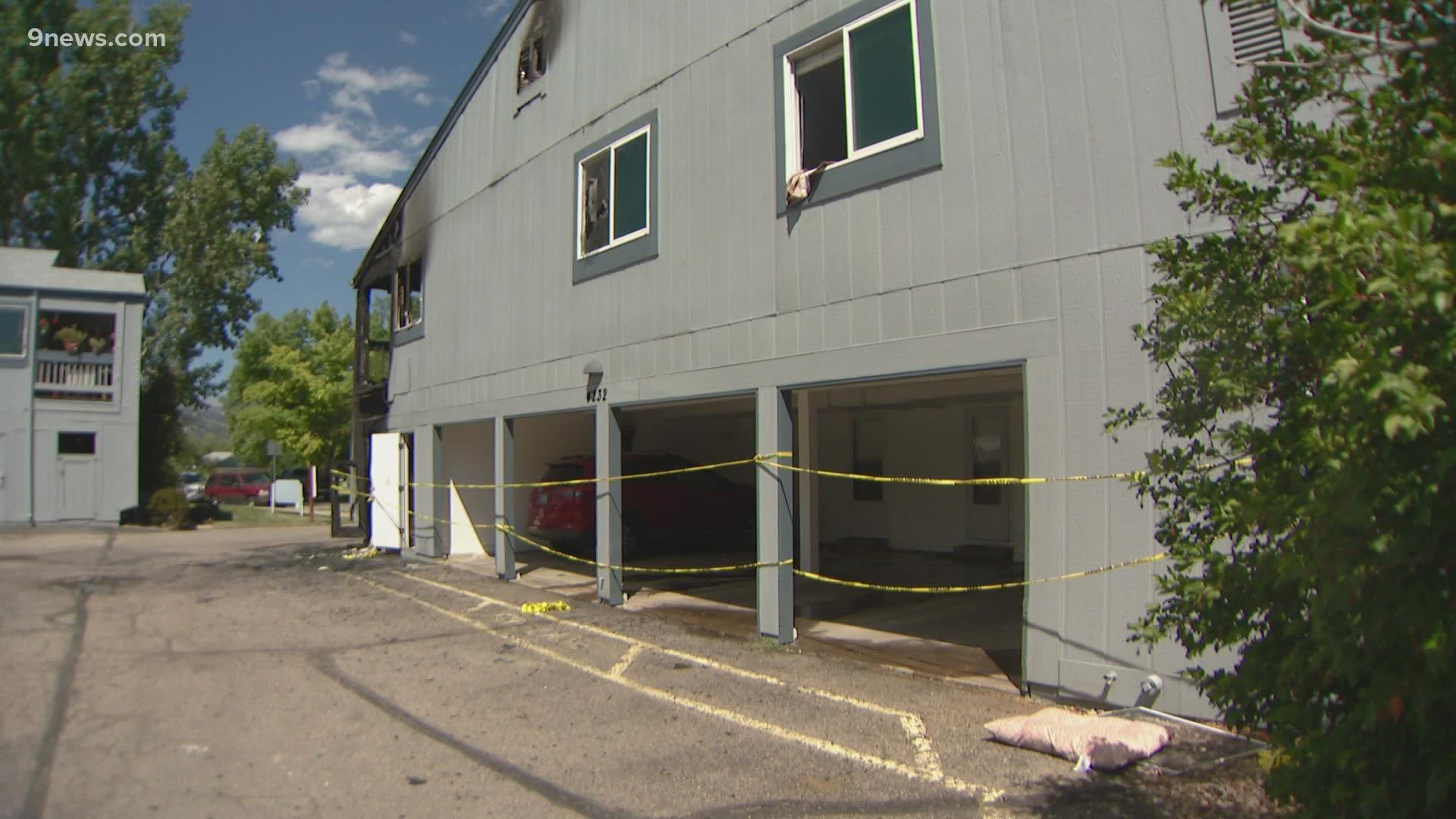 BOULDER, Colo. — A family of four was trapped inside their home by a fast-moving fire and had to jump from a second-story window to escape, Boulder Fire-Rescue (BFR) said Friday.

"It was the window all the way over on the right on the top," said Heather Ford, who lives one building over and called 911. "I had seen the family that was in the D unit jump out of the window. The father lowered the mother down as far as he could. She dropped about 10 feet."

He then handed two children down to her, Ford said, and then jumped out himself. She said it appeared he had a pretty significant leg injury.

"Landed really hard and he was like crawling away from the house while the family ran," Ford said.

BFR responded to the fire in the 4200 block of Monroe Drive around 10 p.m. Thursday and found heavy fire conditions. Ford estimated that flames were 50 feet high and said she heard explosions.

"Front half of that unit was fully engulfed. They only had that back window to exit," Ford said.

As crews arrived, the family jumped to safety from the second floor along with two family dogs, BFR said.

"It’s very likely that had they not acted as fast as they acted, they would’ve unfortunately perished in that fire," Ford said. "In 10 seconds, they’re completely trapped. Yeah, it’s a literal wall of fire."

The family was taken to the hospital with non-life-threatening injuries related to jumping from the home, according to the fire department.

"This family had just moved in. They lost everything they own," said Ford.

A BFR firefighter was also taken to the hospital as a precaution and has since been released.

Taylor Henderson lives in one of the other units.

"I think we’re gonna take the next week day by day probably," she said. "I think that’s kind of where my head is at right now, like you know, I might be displaced right now, but I still have most of my things."