'It makes me feel proud:' Family pushes for Stapleton to be renamed after civil rights activists

'Mosley' is one of four finalists on the list to rename the Stapleton neighborhood. The other three names reference the old airport or the main park in the area. 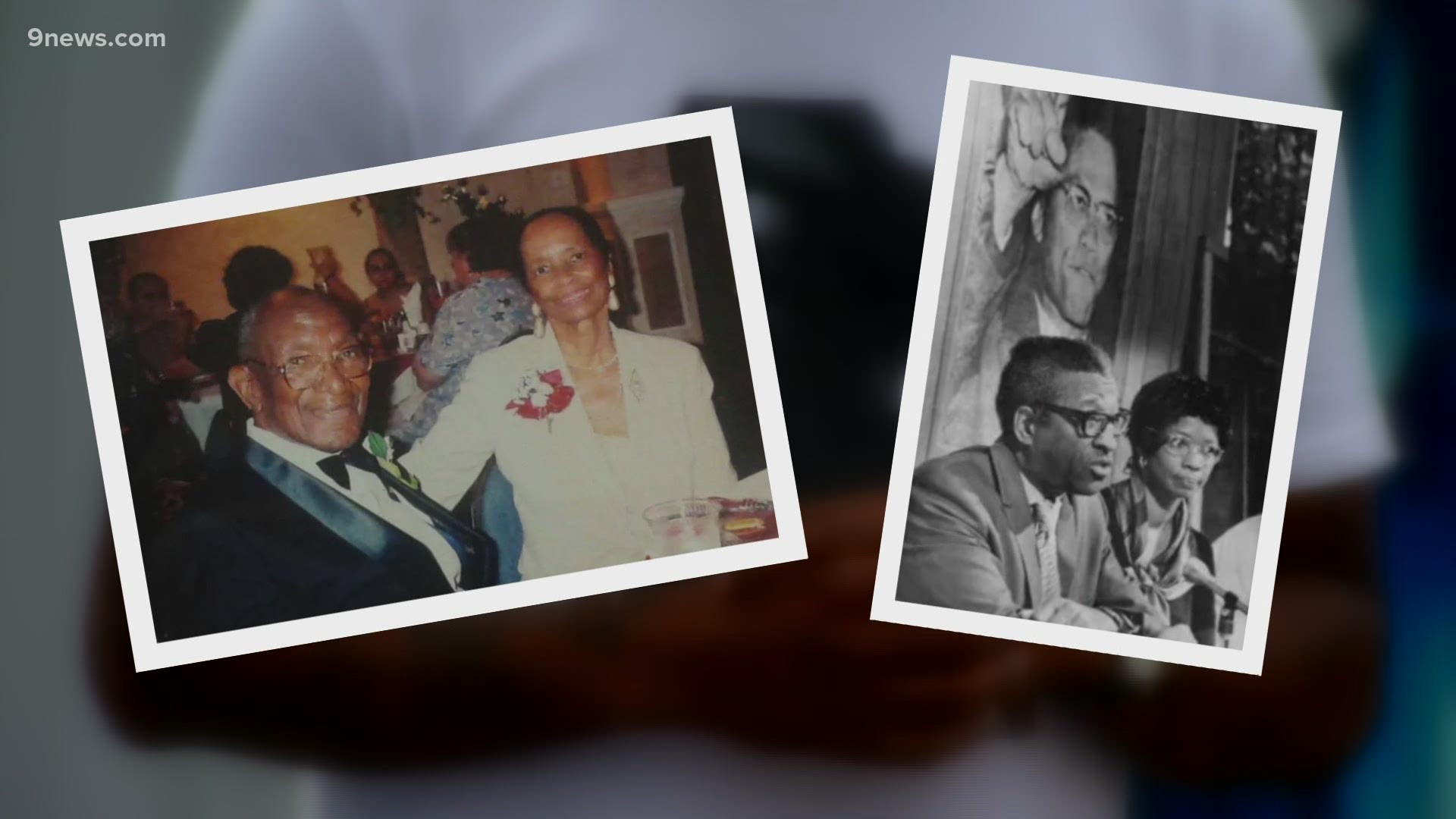 DENVER, Colorado — In the fight for change, there’s a family asking for your attention.

JC Futrell wants to introduce you to his heroes.

"My grandparents were civil rights activists. They were pioneers. They were politicians. They were neighbors," said Futrell. "We’re really asking for this neighborhood to give itself an opportunity to heal, especially at a time when we’re talking about social justice on a daily basis."

Futrell and his family have mounted a campaign to rename Stapleton after his grandparents, John and Edna Mosley. They want the former Denver mayor and KKK member’s name to be replaced by people who fought for equality and civil rights.

Edna Mosley was the first woman of color elected to Aurora City Council. John Mosley was a Tuskegee Airman, part of a group of African American pilots who fought in WWII.

"They were caring people. They were open people. They were people who really listened to the needs and concerns of others," said Futrell. "We really think that this name is the best fit name for this community and its history."

Out of a list that started with more than 300 names, Mosley is among the four finalists. Central Park, Skyview and Concourse are also still in contention.

RELATED: Here are the 9 finalists for the Stapleton neighborhood’s new name

The Stapleton United Neighbors association says the final round of voting will take place by the end of the month. From there, they’ll move to rename the neighborhood after the name with the most votes from residents.

The winning name will be announced on August 1.