Starr was a teenager when she and her family were sent to Auschwitz. She later settled in Denver and spent decades speaking in schools about her experiences. 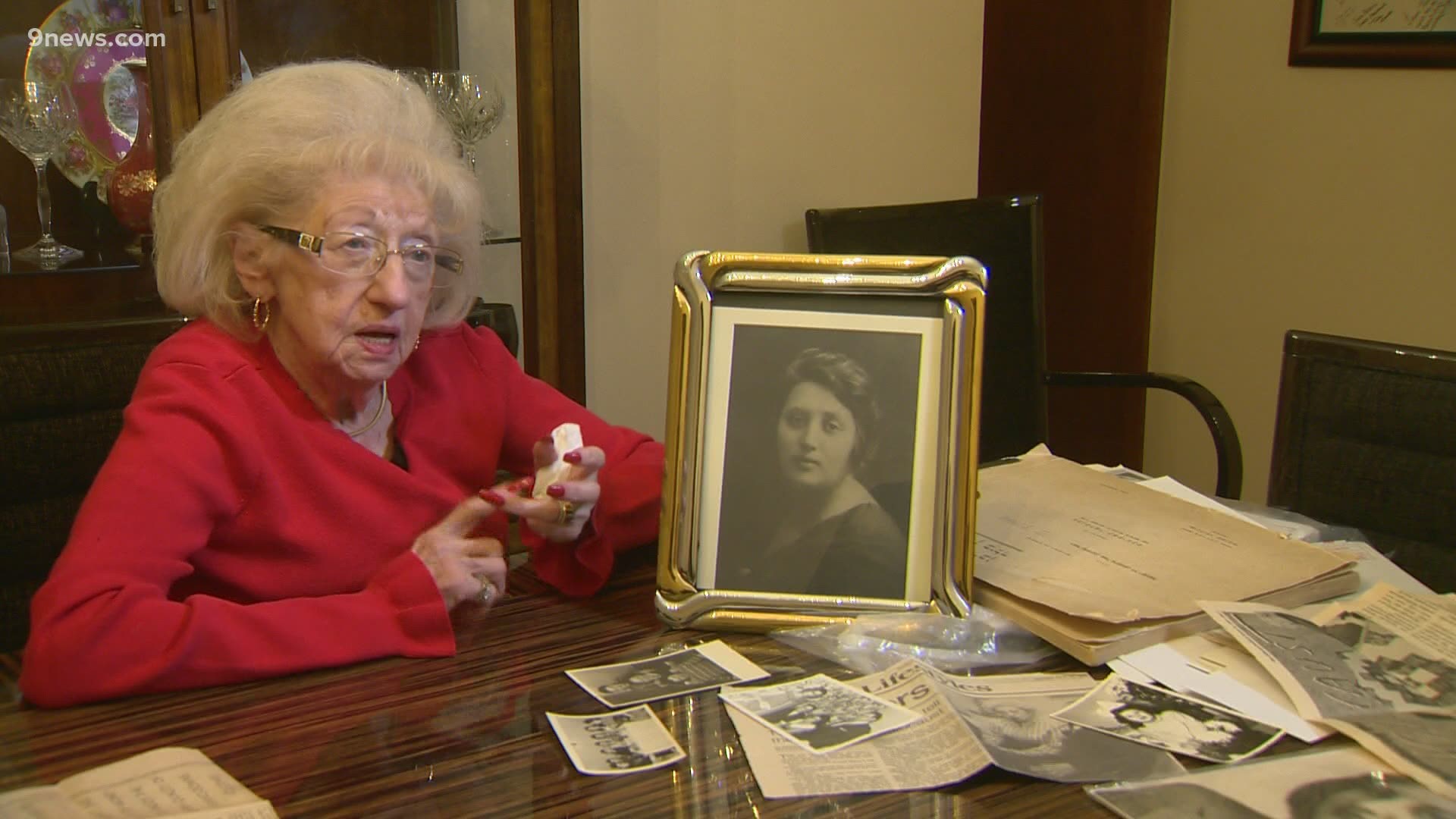 DENVER — Fanny Starr, the oldest Holocaust survivor in Colorado who championed Holocaust and genocide education in schools, has died at age 98.

Gov. Jared Polis released a statement on her passing, saying, "Fanny Starr sought light in the darkness, and the world has lost a giant. Fanny visited schools for decades to tell her story and the stories of the countless lives and families destroyed, and the generations that never came to be. Fanny implored us all to keep showing up, to keep giving back, and to keep repairing our world. Marlon and I send our deepest condolences to Fanny’s family."

Starr was a teenager in Poland when her family was sent to Auschwitz. She lost almost everyone to the gas chambers or starvation.

She eventually settled in Denver and spent decades speaking in schools about the anti-Semitism that she endured at the hands of the Nazis.

"They were such a sadistic people," Starr told 9NEWS last December.

Last year, she supported a bill in the state legislature sponsored by Rep. Dafna Michaelson Jenet to require Holocaust and genocide education in schools. Star was there when Polis signed the bill in law in July.

"Because of the advocacy of Starr and others, Colorado high school students will learn about the Holocaust and genocide studies, some of the darkest times for humanity, so that we may never repeat history nor silently bear witness to genocide," says the press release from the governor's office.

RELATED: Holocaust survivor recalls the lie that saved her life at Auschwitz