The National Historic Landscape designation is part of this larger land conservation bill that would also expand several other wilderness and recreation areas along the Continental Divide. 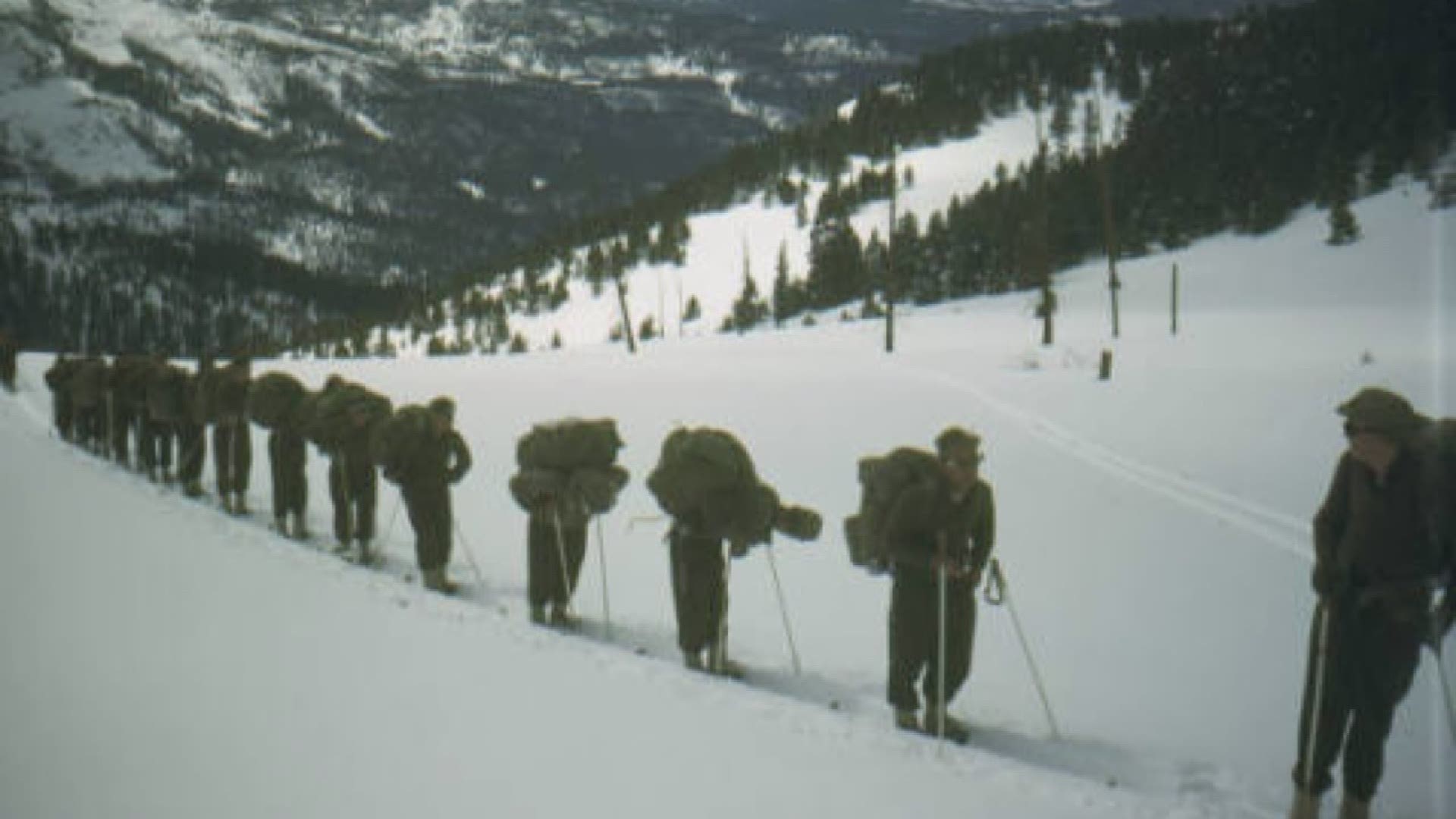 VAIL - You’ve heard of National Parks, and National Monuments, but now there’s a movement to create a new designation, The National Historic Landscape.

Camp Hale, the former base of the U.S. Army 10th Mountain Division, in Eagle County, could be the first to receive that designation.

"It was the only camp that the Army ever built that was dedicated to strictly training mountaineers. Military climbers and skiers,” said historian David Little.

The 10th Mountain Division was an alpine infantry unit that had to be quickly formed and trained to fight in the mountains of Europe during World War II. In the early 1940s, approximately 15,000 soldiers trained at Camp Hale, which was a complete military base with more than 1,000 buildings.

Today, the troops are gone from the Pando Valley in Eagle County. Most of the buildings have been reduced to rubble. Nothing but land and history remain.

“The rifle range was just down at the end of the road; the combat village was just another mile away. Even the ski hill where the soldiers trained was only 4 miles away from the barracks they lived in,” said Little.

The land where the camp was built, is located in an elevated valley above 9,000 feet, between Red Cliff and Leadville. According to Little, it had to be completely transformed by Army engineers.

“They had to build everything from scratch. So they took beaver meadows and swampland, and had to fill it and raise the valley floor about 8 foot before they could build anything,” said Little.

The Army also had to move the Eagle River out of their way, that’s why it appears as a straight line through the property today. Part of this new proposal would have the natural meander of the river restored through the valley.

Democratic Colorado State Senator Michael Bennet said the idea is to restore the land to the way it was before human intervention, but preserve the important history of the Army's brief presence there.

“The designation itself is important because it puts it on the map, and people will know that it’s there, and they’ll ask 'what was Camp Hale', and that’s how people will learn, and their kids will learn, about what these brave people did at Camp Hale,” said Sen. Bennet (D) Colorado.

The Continental Divide Recreation, Wilderness and Camp Hale Legacy Act, is the bill introduced by Sen. Bennet, and Congressman Jared Polis (D- Boulder). It would give this unique piece of Colorado history a first of its kind designation as a National Historic Landscape

“That’s a pretty gratifying feeling as a Coloradan, to know that this unique landscape, that doesn't exist anywhere else in the world, and for that reason, it was chosen to train these men for World War II, will be preserved forever,” said Sen. Bennet.

The National Historic Landscape designation is just part of this larger land conservation bill that would also expand several other wilderness and recreation areas along the Continental Divide, protecting nearly 100,000 acres of land.