Denver photographer, cancer survivor captures breathtaking images through the window of his car

The last few years of Scott Wilson’s life have been tough.

Wilson is a renowned landscape photographer previously based out of the United Kingdom, where he was nominated several times for “Landscape Photographer of the Year." Well-known publications across the country also featured his photography.

In 2015 he had the opportunity to make the “dream move” to Denver to take over a global role for Molson Coors after 17 years of working in the beer business. He was ecstatic to move to, as he put it, one of the most wonderful landscapes in the world.

But shortly after arriving in Denver, he was faced with some terrible news.

“It really was a very exciting time for our family.” Wilson said. “And then the rug was pulled from under me, and in August 2016 I was diagnosed with stage 4 colon cancer, which included metastases to my liver.”

Despite the devastating diagnosis, Wilson was determined to start his battle with the disease on the right foot.

“It really does change everything in terms of your outlook. And obviously for that moment you feel like life has stopped,” he said. “Of course, the reality is life hasn't stopped, and one of the things I've tried to develop through this is a really positive mindset that once you have had that diagnosis, the healing can begin.”

The path toward a clean bill of health included a surgery to remove 13 centimeters of Wilson’s colon, followed by a 40-week program of chemotherapy - a grueling process that Wilson was familiar with after his mother lost her own battle with colon cancer.

But one particular side effect of his treatment made it difficult for him to keep his positive mindset.

“Once my treatment began, my mind went to photography,” Wilson said. “That's when my oncologist told me that one of the side effects of the drug that I was on is a very severe photosensitivity. So, I had to avoid sunlight while I was going through chemotherapy. It was like being punched twice – ‘You've got cancer, oh and by the way, you can't shoot.’ I thought - that's not how I want to live my life. So, I just looked for different ways to shoot.”

As a landscape photographer, Wilson was used to spending a lot of time in the sun. To do that during treatment, he would completely cover his skin with long sleeves and long pants, and even use a balaclava to cover his face.

It was either that, or give up on his passion – one of the things that helped him maintain his positive mindset. For Wilson, the latter was never an option.

“I realized there's just an abundance of beautiful nature and wildlife on our doorstep in Colorado. Not only that, but you can drive through them," Wilson said. "So suddenly I had this shaded studio that I could shoot from, and that just became my sanctuary for the next year and a half."

Wilson became a frequent visitor of Colorado’s diverse set of parks and wildlife refuges, where he mainly photographed wildlife. He credits the accessibility of the many nearby locations as a main contributor to his ability to stay positive.

“Just being able to have an oncologist treatment then come home and just go out and let off steam by relaxing in the park with your camera and just go into your own thoughts. It was very, very important to my mindset,” he said.

One of Wilson's favorite shots of a hummingbird.
Scott Wilson/WilsonAxpe Photography

Shifting his focus from landscapes to wildlife wasn’t easy. He dealt with a slew of challenges that he never needed to pay attention to before.

Wilson had to buy a whole new kit because his landscape photography kit was as good as useless at capturing wildlife. He also had to figure out where to sit in his car so he could swivel a nearly 10-pound, 20-inch long lens around to capture moving subjects. He had to weigh down his car with sandbags once he found out that even a heavy vehicle wasn’t steady enough to allow him to stabilize his camera. He even had to shut off his car’s engine, since even small vibrations would make it difficult to capture crisp images at a distance.

Some might also think shooting from a car is a handicap in itself. And while in some ways it is, Wilson described it as an aid of sorts.

“The car, despite being a handicap to start with, I think became a little bit of an aid. It's like a hide - it provides I think some comfort and confidence to animals that there's not a human about to get them,” Wilson recalled.

After spending a year shooting, Wilson found that he had built a portfolio filled with high-quality photographs of Colorado’s wildlife – birds of prey hunting for a meal, wild mustangs fighting for dominance, or coyotes and badgers providing for their young. He had the idea to compile them into a book titled Through the Window: A Photographic Tale of Cancer Recovery. The book was created entirely with photos shot through the window of his car and was dedicated to Wilson’s mother.

Wilson approached the Colorectal Cancer Alliance with the idea, and ended up partnering with them to raise money for cancer research. The book was published, and all the proceeds, which total $36,000 to date, were donated to the Alliance. 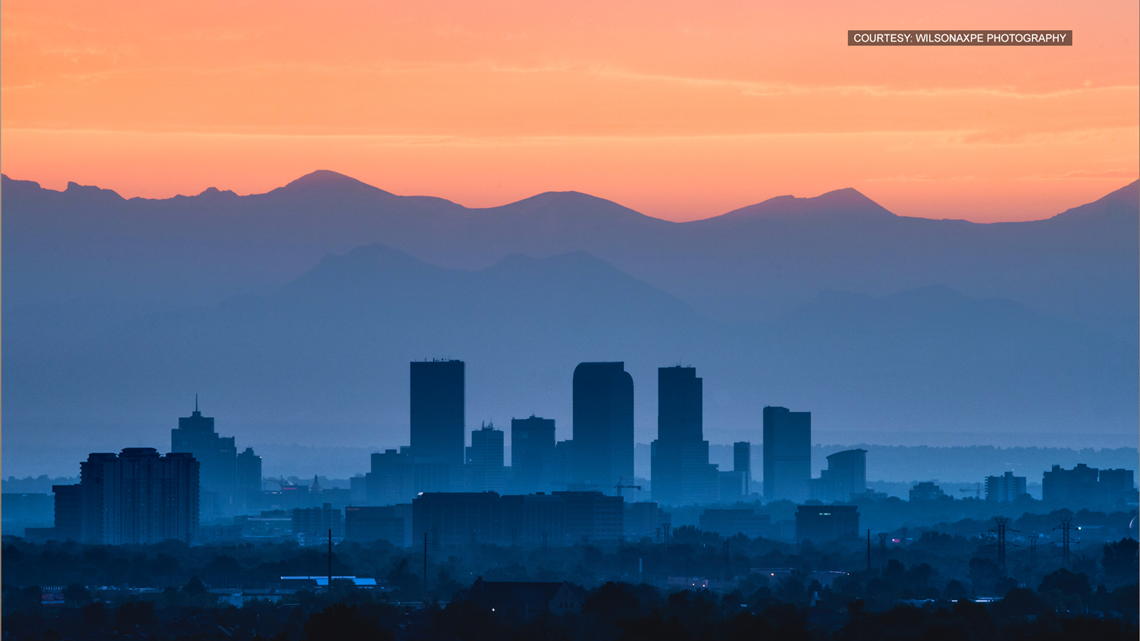 But aside from raising a considerable chunk of change, Wilson said the book has had a noticeable impact on those who have read it.

“The big thing for me is the awareness of the disease and the issues associated with that rather than the money itself,” he said. “I've found people that would approach me and maybe two or three questions in, they say – ‘so how did you discover that you had cancer? What did you do?’ And that's when I realized the book's purpose was more than raising money - it was actually getting people to talk about cancer.”

Wilson said he hopes that anyone with a family history of colon cancer or anyone concerned about being at risk will get the message that screening can save lives, especially if it’s done early.

“If you take it to the highest possible level of potentially preventing someone from undergoing the ordeals of cancer then I can't imagine a bigger reward than that,” Wilson said. “And It's just so, so fulfilling to know that my images and my story have in some small way helped people.”

Listen to our entire interview with Wilson below.

This story is part of a series of features produced by 9NEWS focusing on local remarkable photographers that capture the beauty of Colorado through landscapes, wildlife, portraits and more – and we want to see your photos!

Get out and capture Colorado, and be sure to post your favorite images on social media using #9Stills or by emailing yourtake@9news.com. All photographic styles are accepted and your photos have the chance to be featured by 9NEWS!