Over the last 31 years they have rehabbed 150 bear cubs! 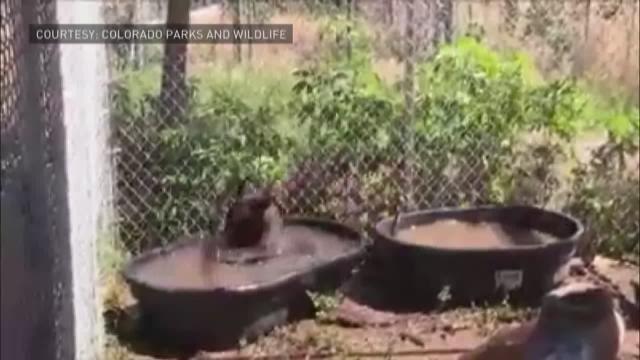 Tom and Cecelia Sanders are retired schoolteachers living in Pueblo.

But for them, retirement doesn't mean traveling or gardening or learning how to knit. Retirement for the Sanders' has involved helping Colorado Parks and Wildlife rehab 150 bears over the last 31 years.

Tom and Cecelia run the Wet Mountain Wildlife Rehabilitation Center out of their longtime Pueblo home.

The refuge has 120-acres where the couple can give wild animals veterinary treatment, food and a secluded sanctuary where they can be taught a fear of humans while they are nursed back to health. CPW says it's also one of only three rehabilitation centers in Colorado that will take in large predatory mammals.

According to Colorado Parks and Wildlife, a late spring freeze meant fewer acorns and more bears foraging for food in urban areas. And it has meant an especially busy year for the Sanders'.

Generally, CPW says they bring about two or three orphaned bear cubs to the rehab center each summer. This year, Wet Mountain is nursing 10.

While the cubs are there, Tom and Cecelia break their bad habits and teach them to fear humans again. They also feed them each about 25 pounds of food each day.

CPW says the nonprofit does not receive any government funding and relies completely on donations and their own savings account to fund this work. With the increase in cubs this year, plus the 10 fawns and about a dozen large birds they are also taking care of, Tom and Cecelia say having enough money to keep up has been difficult.

You can find out more about the Wet Mountain Wildlife Rehabilitation Center, including how to help, by e-mailing Tom and Cecelia at Wtmtwild1@gmail.com.