The Stick Art Exhibit officially opens in Vail on Friday at Ford Park and the town hopes to keep it up for 2 years. 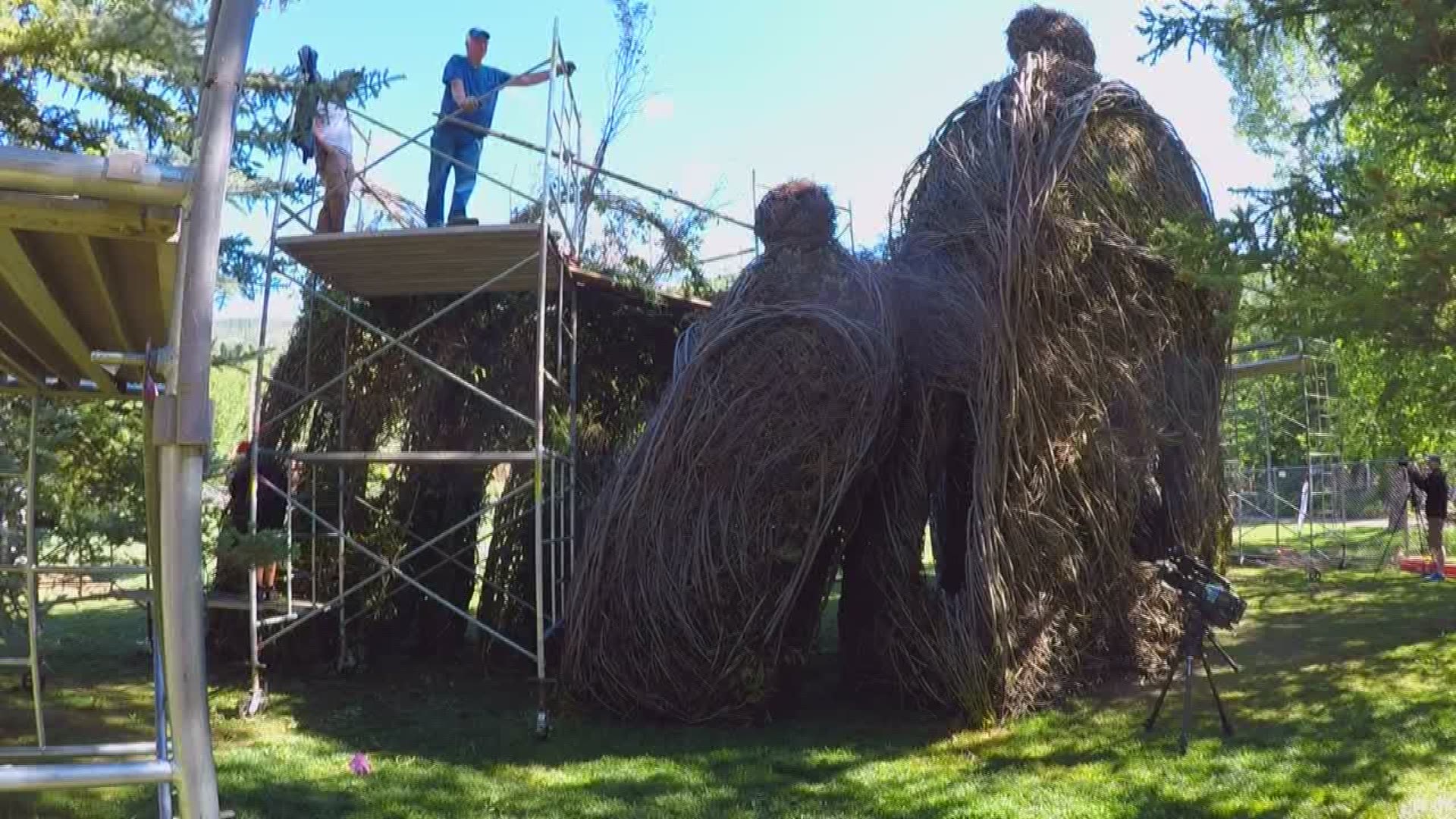 VAIL - Three weeks of work in Vail and Patrick Dougherty hasn’t changed much but he and his son have sure changed Vail.

“The sticks kind of creep into a form bigger than you imagined,” said Dougherty.

He went from plotting out his Stick Work Art exhibit to nearly finishing it.

“We have 7 of these pieces that lean on each other kind of a comradery of shelter," said Dougherty.

With help from volunteers, they have transformed a little corner of Ford Park into a magical world of wood big enough that people can walk through it.

“The public can come and enjoy it and touch it and wander through it,” said Molly Eppard with the town of Vail.

The sticks, and there are tens of thousands of them, all came from all around Vail.

“We have had some construction projects we had some trail maintenance we worked with a private ranch owner in Leadville,” said Eppard.

The exhibit opens on Friday, June 22 with a ribbon-cutting ceremony but the display already has been getting a lot of attention from people passing by, something Dougherty likes to see.

Especially knowing after spending weeks working with sticks when he gets home Dougherty says he’s got a lot more work to do with sticks.

“I’m thinking of going home and doing something in my yard, we got to get some sticks out of the yard at home,” said Dougherty.

While the exhibit will officially open on Friday, Vail hopes to keep it up for about two years next to the Gerald R Ford Amphitheater in Ford Park.