An Arvada convenience store clerk is being hailed a hero after helping a young mother holding a baby who was having a seizure. 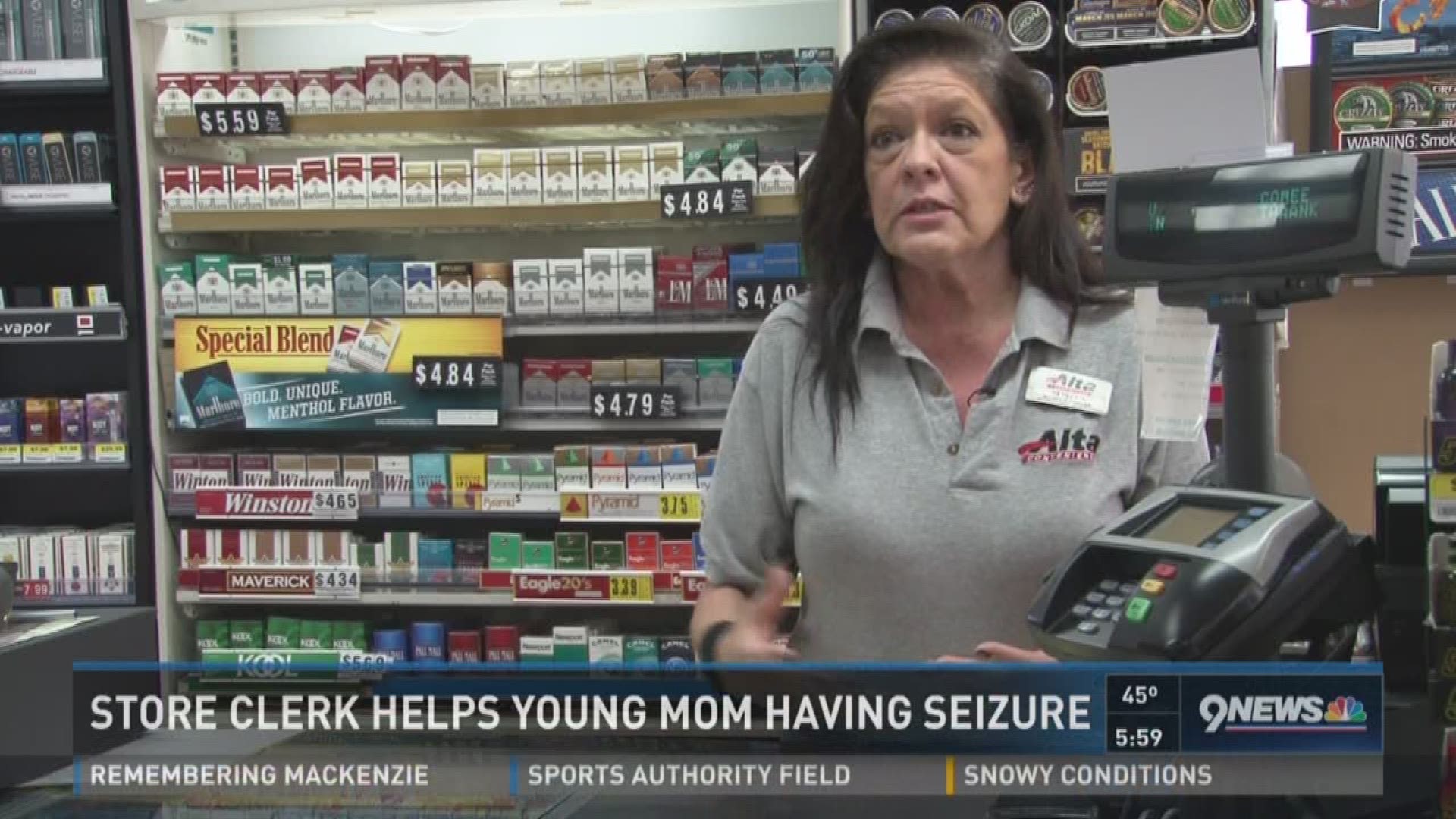 An Arvada convenience store clerk is being hailed a hero after helping a young mother holding a baby who was having a seizure.

The surveillance video shows the woman with the baby begins to have a seizure while checking out at the counter. The convenience store clerk grabs the baby, while the woman falls to the ground.

Convenience store clerk Rebecca Montano tells 9NEWS she noticed something wasn’t quite right with the customer while she was checking out Sunday. 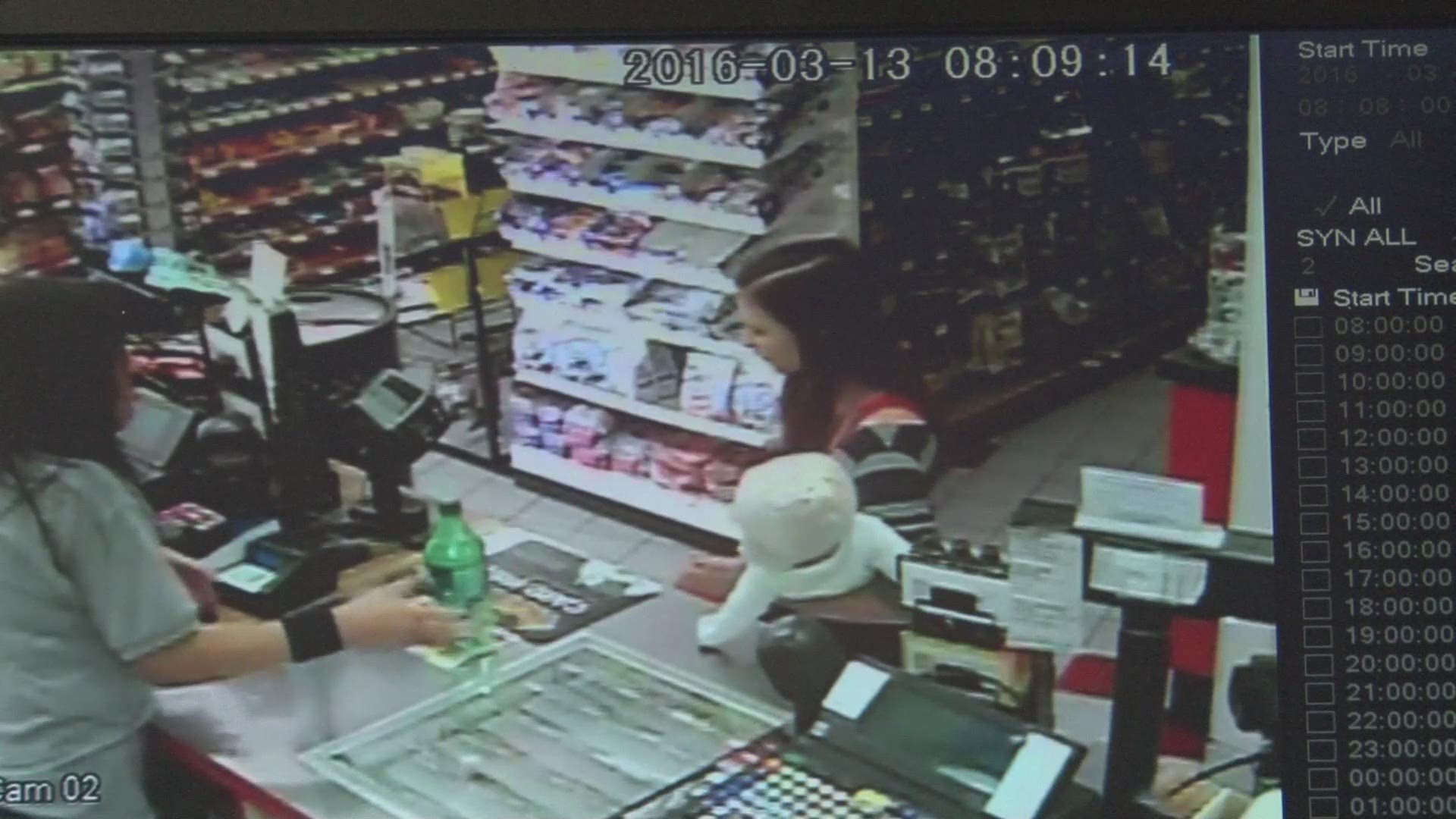 “I was talking to the baby and she -- the girl -- had a glazed look on her face,” Montano said. “I wasn’t sure, I felt uneasy about it. I was asking her 'is everything ok,' I grabbed the baby’s arm and she started to sway, she wouldn’t answer me. She was just lost in space, so I thought I better take the baby, something doesn’t feel right. And then right there she started to fall and I wasn’t sure still exactly what was going on, so I yelled at [a nearby] customer that was in the store [for help]. She fell, I came back, grabbed the phone called 911.”

Montano said she wasn’t a hero, she just did what her instinct told her to do. She said she actually felt bad she couldn’t catch the young woman from falling to the ground.

“I think being a mother, being a grandmother, my first instinct was the baby,” Montano said. “I just wanted to save the baby from getting hurt, if she would’ve fallen with the baby in her arms, who knows where that baby would’ve landed?”

Susan Hagar, a spokesperson for the Epilepsy Foundation of Colorado calls this story "not uncommon."

"In this case, the store clerk responded appropriately despite any specific knowledge or training," Hagar said. "People who live with seizures not only have to deal with the medication issues, but also a pervasive stigma fueled by misinformation and misconceptions about the disorder." 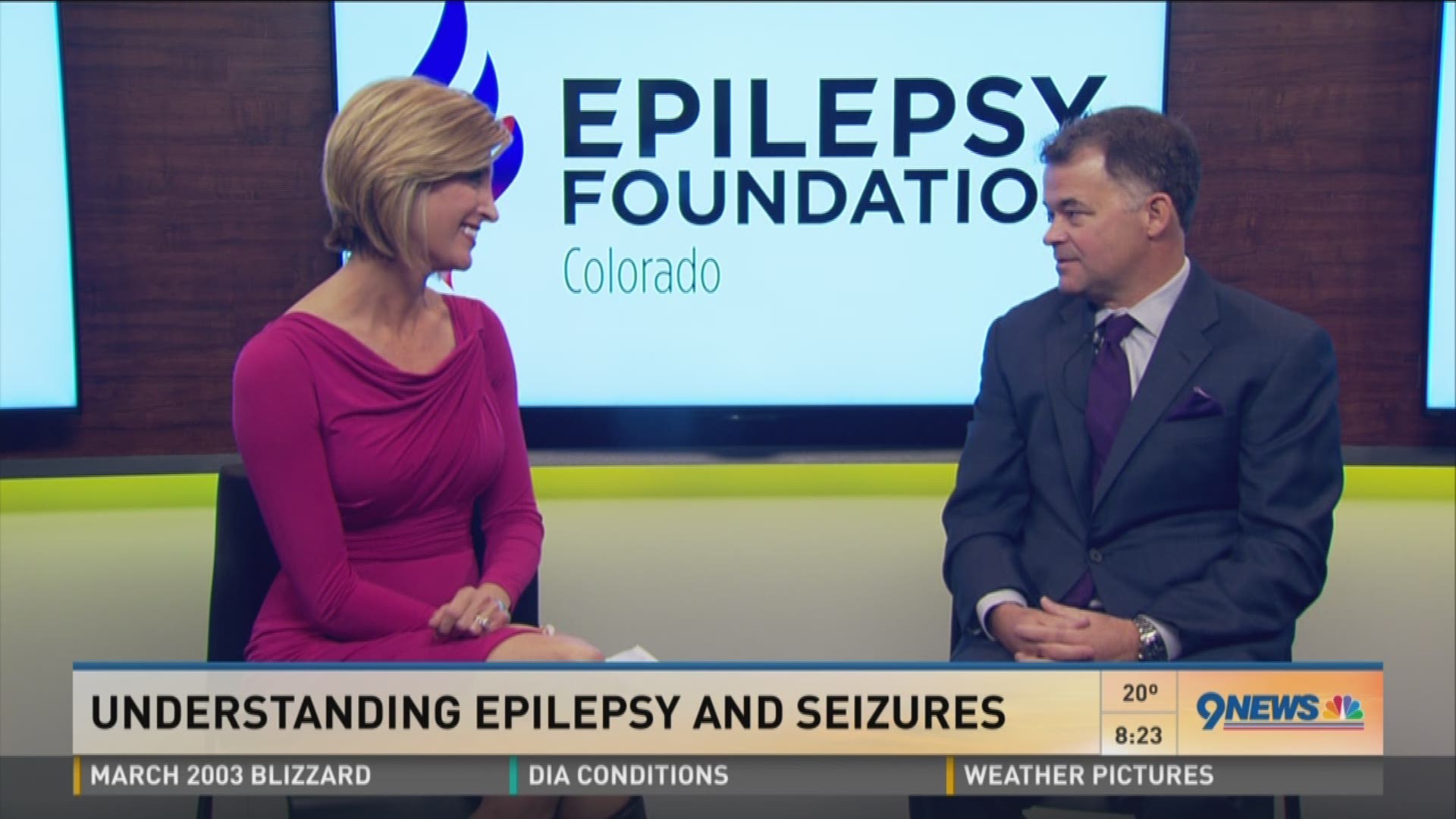 You can find out more about epilepsy in the fact sheet below: