The Federal Election Commission is now accepting public comments on whether they should change the rules to address campaign finance abuses. 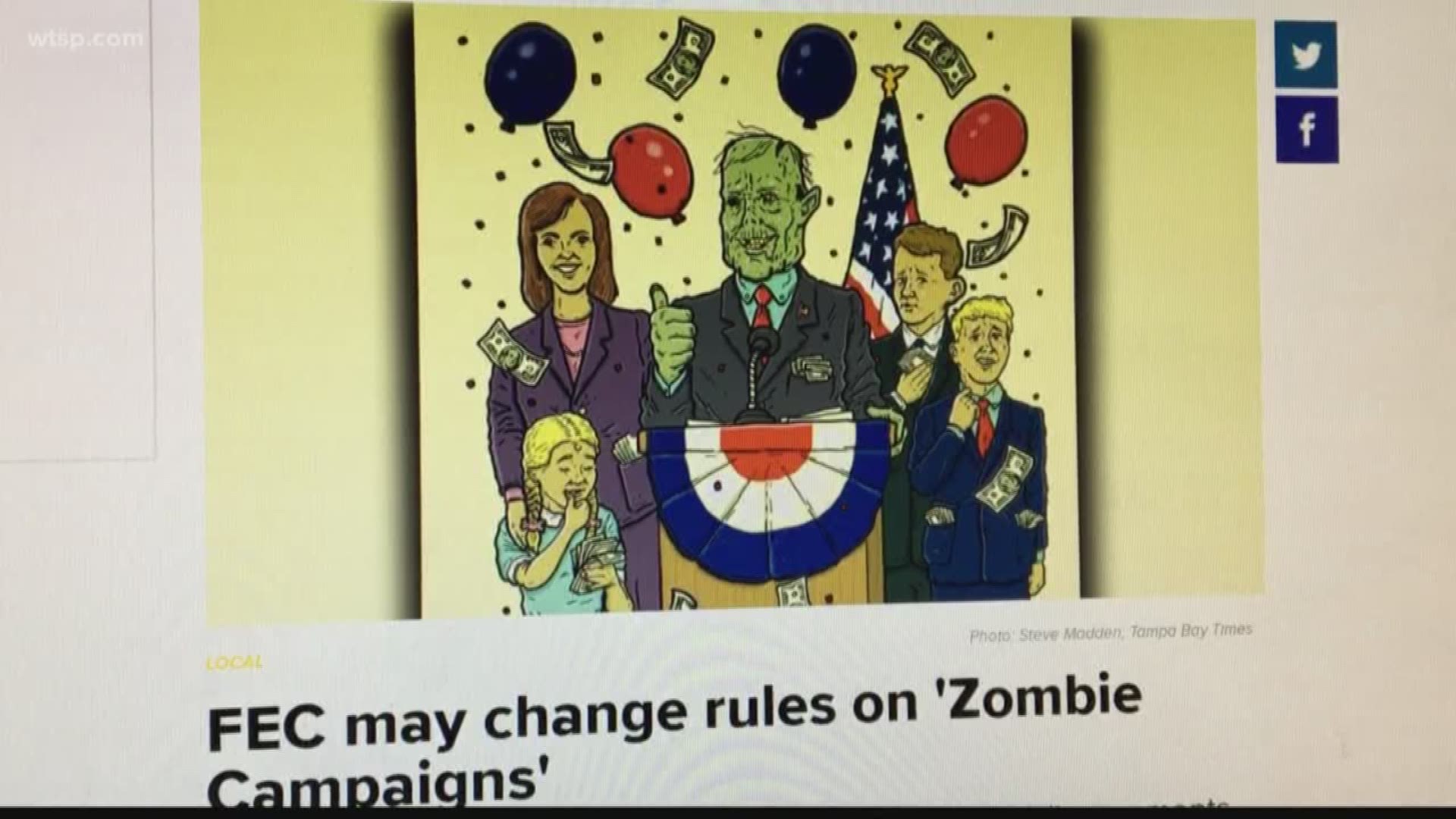 You can add your comments to the FEC here.

The investigative series exposed how more than 100 former Congressional and presidential candidates have exploited campaign finance loopholes to keep their campaign spending alive long after their campaigns were over - often on expenses that benefited their personal lives and second careers.

The FEC will accept comments through May 21, 2018. The action comes after Washington-based watchdog Campaign Legal Center (CLC) filed a petition calling for stricter rules on how former lawmakers spend leftover campaign money, citing the 10News/Times/TEGNA investigation.

Abuses uncovered by the joint investigation included disgraced former lawmakers such as Mark Foley (R-Florida) using leftover campaign funds for social memberships nearly a decade after resigning from office, as well as family members and former staffers of late Congress members spending campaign money after the politicians passed away.

The CLC's petition to the FEC said, “the appearance or reality of dozens of former officeholders using their campaign accounts as slush funds, or to continue paying for expenses that may have been permissible during their time in office but ceased to be so after they left office."

Other eyebrow-raising uses of campaign funds exposed in the investigation included dozens of former lawmakers using their leftover campaign money while lobbying sitting lawmakers, dishing out campaign checks from their old Congressional accounts instead of their own pockets.

In some cases, lawmakers-turned-lobbyists gave former donors' dollars to the opposing party while lobbying on behalf of special interests.

The CLC asks the FEC to clarify that such spending is not allowed. Following the public comment period, the commission will consider the petition and either take action or publicly explain why they are not.

You can add your comments to the FEC here.

Meanwhile, Rep. Kathy Castor, D-Tampa, and Rep. Gus Bilirakis, R-Tarpon Springs, tell 10News they are drafting a bill that would require former lawmakers and candidates to close down their campaign accounts within two years of leaving office or retiring a campaign. It would force them to give the money back to donors, to other political committees, or to non-profits.

Some former Congress members were keeping accounts open for more than 20 years. More than half a dozen accounts stayed active for years after their politicians died.