Flames reached the edge of the course in Lakewood Sunday afternoon, burning native grass and some fencing. 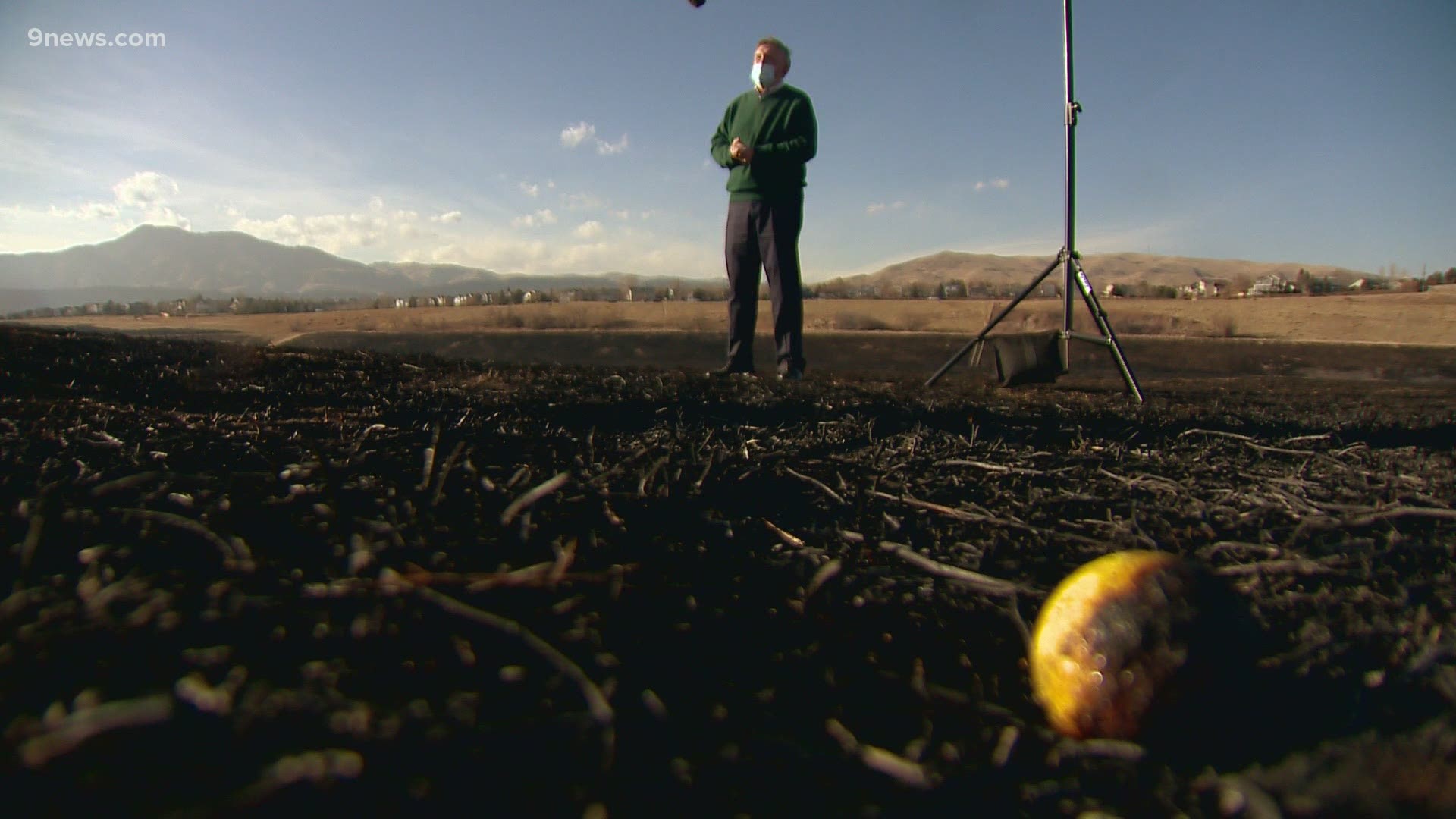 LAKEWOOD, Colo. — Any golfer is familiar with hazards on the course, but fire was a new challenge Sunday afternoon at Fox Hollow Golf Course in Lakewood.

“I’m glad we have a course to look at today, to be honest with you," said Craig Parzybok, head golf professional at Fox Hollow.

On Sunday afternoon, a grass fire ignited near Bear Creek Lake Park and grew to 535 acres, West Metro Fire said. Nearby homes were evacuated as more than 100 firefighters battled the flames.

Wind gusts strong enough to turn a slice into a hook pushed the fire closer to Fox Hollow Golf Course.

“I’m an old Kansas boy, and I grew up in the wind, and that was even too much wind for me," Parzybok said.

Parzybok said 127 people on Fox Hollow's three, nine-hole courses were evacuated along with 49 people on the Homestead Golf Course nearby. The head golf pro was off work Sunday, but raced to the course as soon as he got the call about the fire.

“I could see a little bit of flame, but a whole lot of smoke and I knew that we were in trouble," he said.

The fire burned a large area alongside Morrison Road and crept up to the golf course, but like an amateur golfer, missed all fairways and greens.

“Whenever it seemed to hit a cart path or any kind of irrigated turf, it just stopped," Parzybok said. “Just to go into the native, unirrigated areas and leave the rest of the course alone is – it’s truly a miracle.”

The flames damaged some fencing surrounding hazards on the course and burned the base of some trees.

"The trees were not engulfed in the flames which was really surprising," Parzybok said.

On Monday afternoon, firefighters cut cut down some cottonwood trees damaged in the fire to prevent them from falling and causing injury to golfers.

Fox Hollow Golf Course will be closed at least until Feb. 15, Parzybok said. When the course reopens, at least it'll be a more forgiving for golfers who miss the fairway.

“There will be a lot fewer lost golf balls for sure," Parzybok said.

The blackened edges of the course won't stay that way for long, and Parzybok is looking forward to regrowth.

“We’re charred," Parzybok said. "We’re damaged, but I understand that with the help of Mother Nature, it’s going to be beautiful here in about three months.”

West Metro Fire said Sunday investigators believe somebody started the fire, but they don't know if it was accidental or intentional. Anyone with information on how the fire started is asked to call West Metro Fire at 303-539-9531.