Don't let the rain deceive you: Fire restrictions continue in most national forests in Colorado 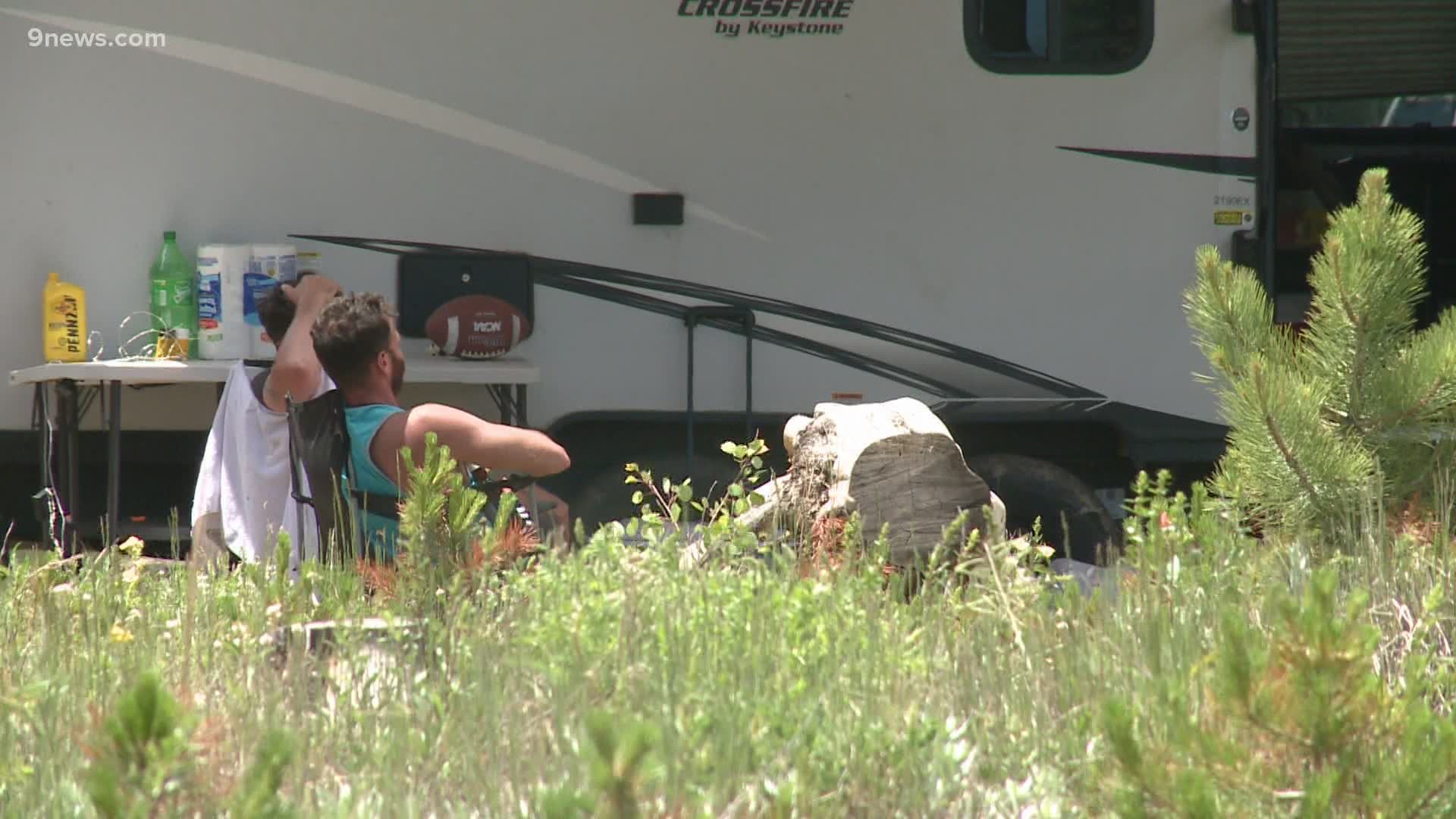 BOULDER COUNTY, Colo. — The U.S. Forest Service is expecting another busy weekend for the Fourth of July, and despite all the rain, almost every national forest in Colorado is still under fire restrictions.

But not every camper is following them.

Aaron Weisinger-Flood, a public affairs officer with the U.S. Forest Service in the Boulder Ranger District, says there is a concern of visitors seeing the recent rain and thinking a fire is fine.

“So even though things might be looking lush, the heavier fuels like timber and the trees are still very dry," said Weisinger-Flood. "So all it really takes is one ember to start a wildfire."

The slogan, "know before you go," is one he takes seriously, and hopes campers pay attention to current restrictions wherever they are headed.

Balzarano is from New York, where he's not used to fire restrictions, but just taking a look around his campsite, he can tell the trees and grass are still dry.

"Even though you seen the rain you’re like oh let’s have a fire- no, it could scatter real quickly, so you got to be careful," he said.

RELATED: County sheriffs have the power to decide when fire restrictions go into effect

Weisenger-Flood says as of Friday morning only three national forests in Colorado did not have fire restrictions. In Arapahoe and Roosevelt Forests you can still use propane pits, but in the Grand County area even that isn't allowed.

“I kind of got jealous of that a little bit because I like the crackling, said Balzarano. "But we got our little propane tank that Mr. Rick hooked us up with and it’s pretty good."