The sheriff's office released the arrest report for Roderick Walker, whose arrest drew condemnation after video of it circulated on social media. 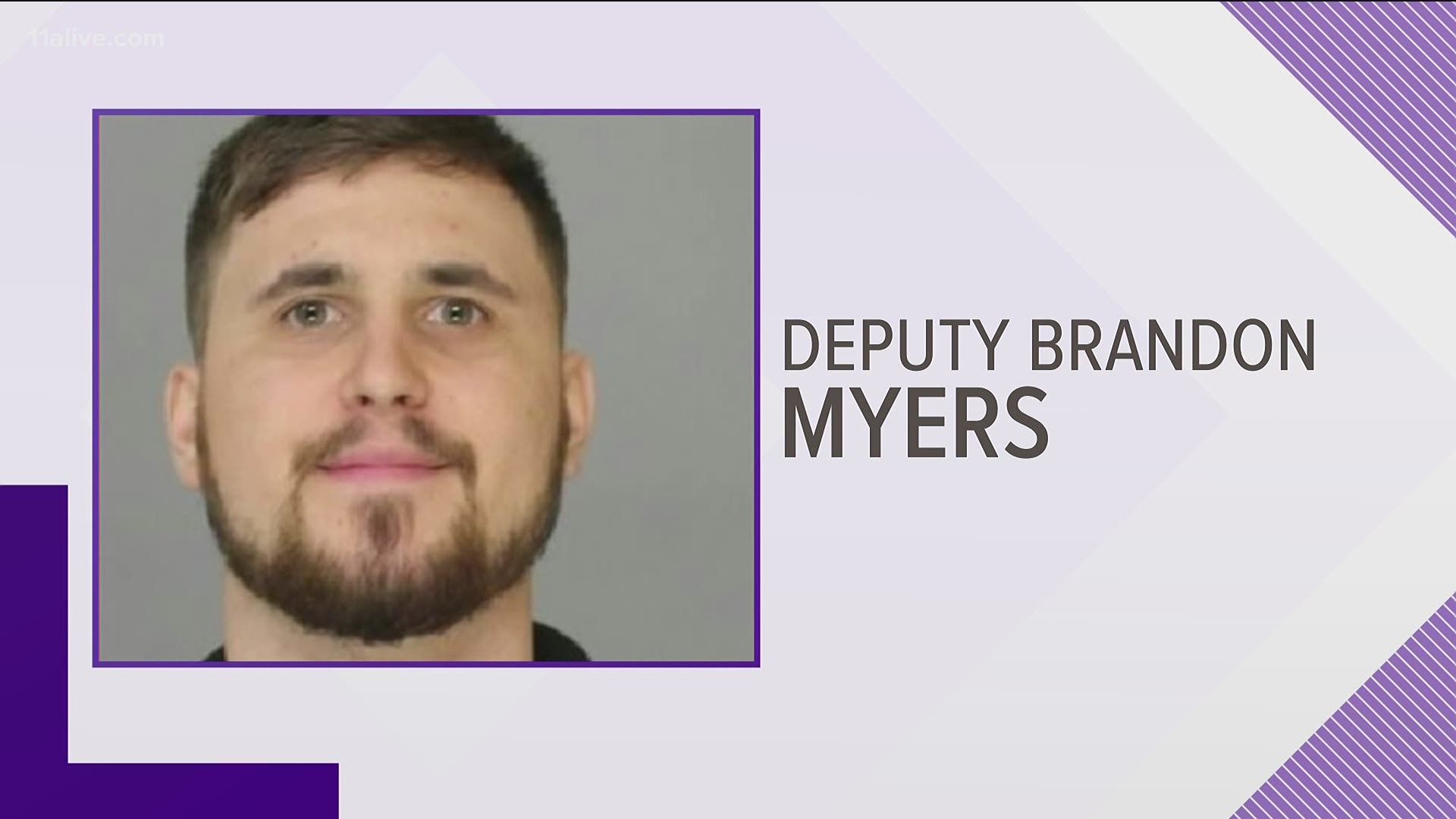 The sheriff's office also released the incident report from the arrest, which has drawn condemnation after video circulated on social media showing Myers punching Walker, and another deputy, now identified as Deputy Dekota Riddick, holding him down by the neck as Walker said, "I'm gonna die, I'm gonna die, I can't breathe."

The incident report, written by Deputy Riddick, confirms that the incident began with a traffic stop of a car, in which Walker was a passenger, for a broken taillight.

It says Walker was asked for his ID because he wasn't wearing a seat belt. When Walker would not provide one, the arrest began.

"As I attempted to place him into handcuffs he took flight on foot running into the middle of Phoenix Blvd. Myself along with Deputy Brandon Myers grabbed Walker and placed him on the ground. Once on the ground, Walker started to fight with us," the report states.

Riddick claims Walker hit him in the face with his elbow, causing him to bleed. In the videos that have circulated of the arrest, it is difficult to tell if Riddick is bleeding from his nose.

The report then says Walker got up again and began to run off.

In one of the videos that captured the incident, one of the deputies can be heard saying he was bit, and the woman recording it says, "Don't bite him. Don't bite him." The report says Myers was bitten "on his upper thighs multiple times along with what he stated were his genitals."

It goes on to say that "to try and gain compliance during the altercation, I and Deputy Myers gave several closed fist and elbow strikes to Walker's upper body. Due to Walker trying to get back up and move around he was struck in the face and head area multiple times."

The video of the arrest shows Myers hitting Walker directly at his head, which is the only part of him where Myers strikes that is free under Riddick.

The report concludes saying Walker "continued to resist arrest" after being handcuffed. It says an EMS unit came to check on Walker "for injuries due to him being Tased, and bleeding from his nose and upper eye area."

It says he "stated to deputies on scene that he has an outstanding warrant for his arrest and that is why he ran and fought."

After being bonded out of Clayton County Jail, Walker was transferred to Fulton County jail on alleged probation violation charges, including allegedly possessing a firearm by a convicted felon and first-degree cruelty to children.

He was released from jail on Thursday after a judge granted a signature bond. 11Alive asked his attorney about the allegations of resisting arrest that were in the report. He said he couldn't address that at this time.

"We have not been provided any copy of any police report," he said. "As recently as today, I went to go get a report from Clayton County, so we don't have it.

The attorney said Walker lost a lot of blood in the arrest, is now battling constant headaches, struggling to see out of his left eye, and possibly tweaked a previous injury.

"Mr. Walker was in a serious accident where he has rods and pins in his legs. If you look at the video when this happened to him he grabbed his left leg, so he doesn't know if it injured, but it is our goal to be able to get him out of this jail so he can have proper medical treatment," Butterfield said.

While Walker has been released from Clayton County Jail, battery and felony obstruction charges stemming from the arrest have not been dropped. Butterfield said he hopes "they do the right thing" and drop those charges.