The fire, which burned a quarter of an acre in a green space behind a home, was started by a Roman candle. 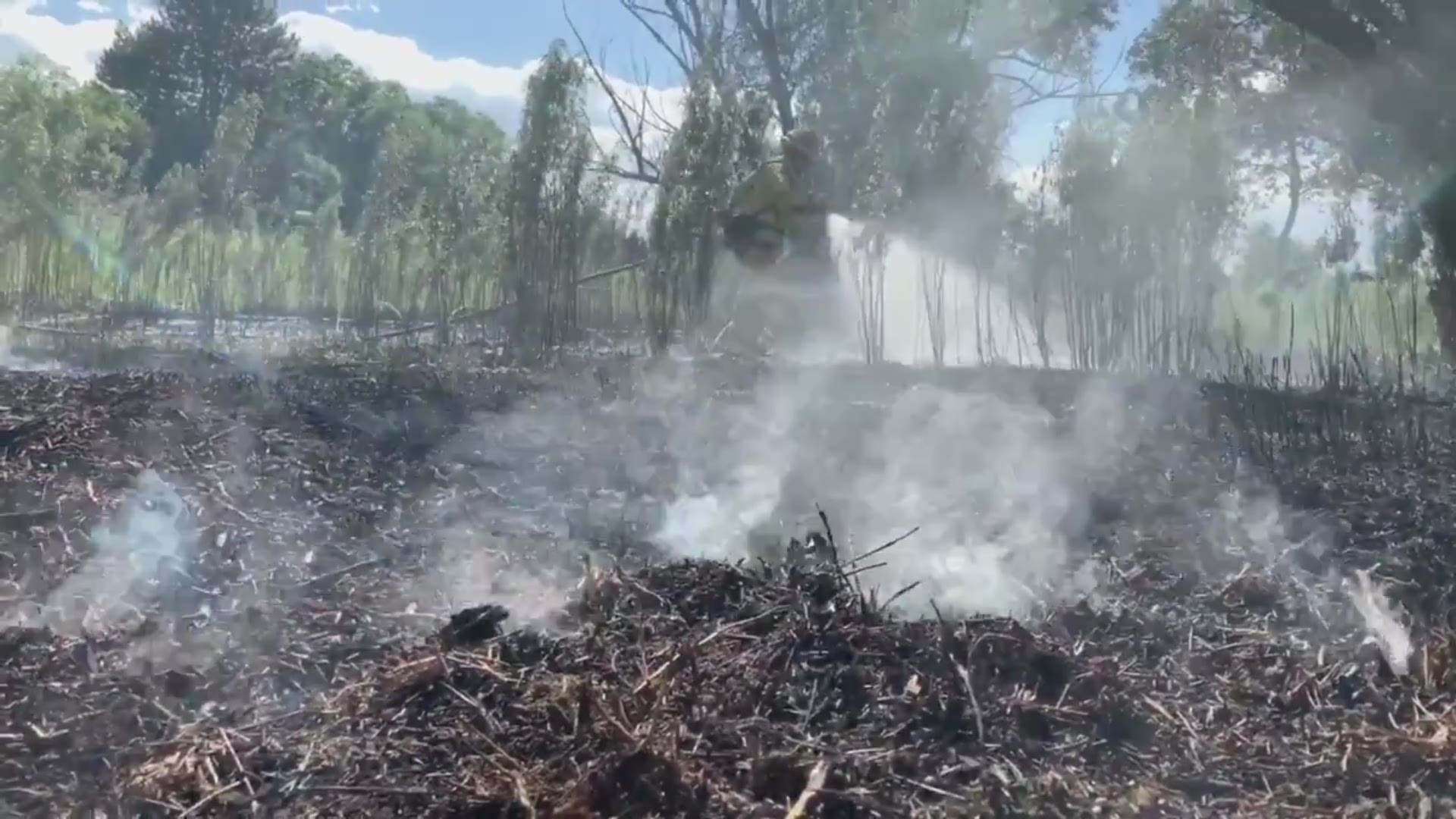 JEFFERSON COUNTY, Colorado — Someone playing with fireworks in the mid-afternoon of a hot, dry day sparked a brush fire that burned a quarter of an acre of land in Jefferson County on Wednesday.

The fire was caused by a Roman candle firework, according to South Metro Fire Rescue (SMFR).

"Please do not use any type of firework in or near vegetation," SMFR urged on Twitter.

Firefighters were able to put out the fire after it burned one-quarter of an acre and were still on scene around 5:30 p.m. putting out hot spots.

The department said they have not determined whether or not they will fine or charge the kids who were playing with the fireworks.

Anyone who violates those rules could be subject to up to $750 in fines, six months in prison or both.

In Denver, police have made arrests after seizing illegal fireworks from homes.

On Wednesday, police arrested two men who are facing criminal charges after Denver police found a stash of illegal fireworks at a home in the Harvey Park South neighborhood.

And an estimated 2,000 to 3,000 pounds of illegal fireworks were discovered during a traffic stop last Monday.