A South Metro spokeswoman told 9News legal and illegal fireworks were to blame for the incidents they responded to on Sunday night. 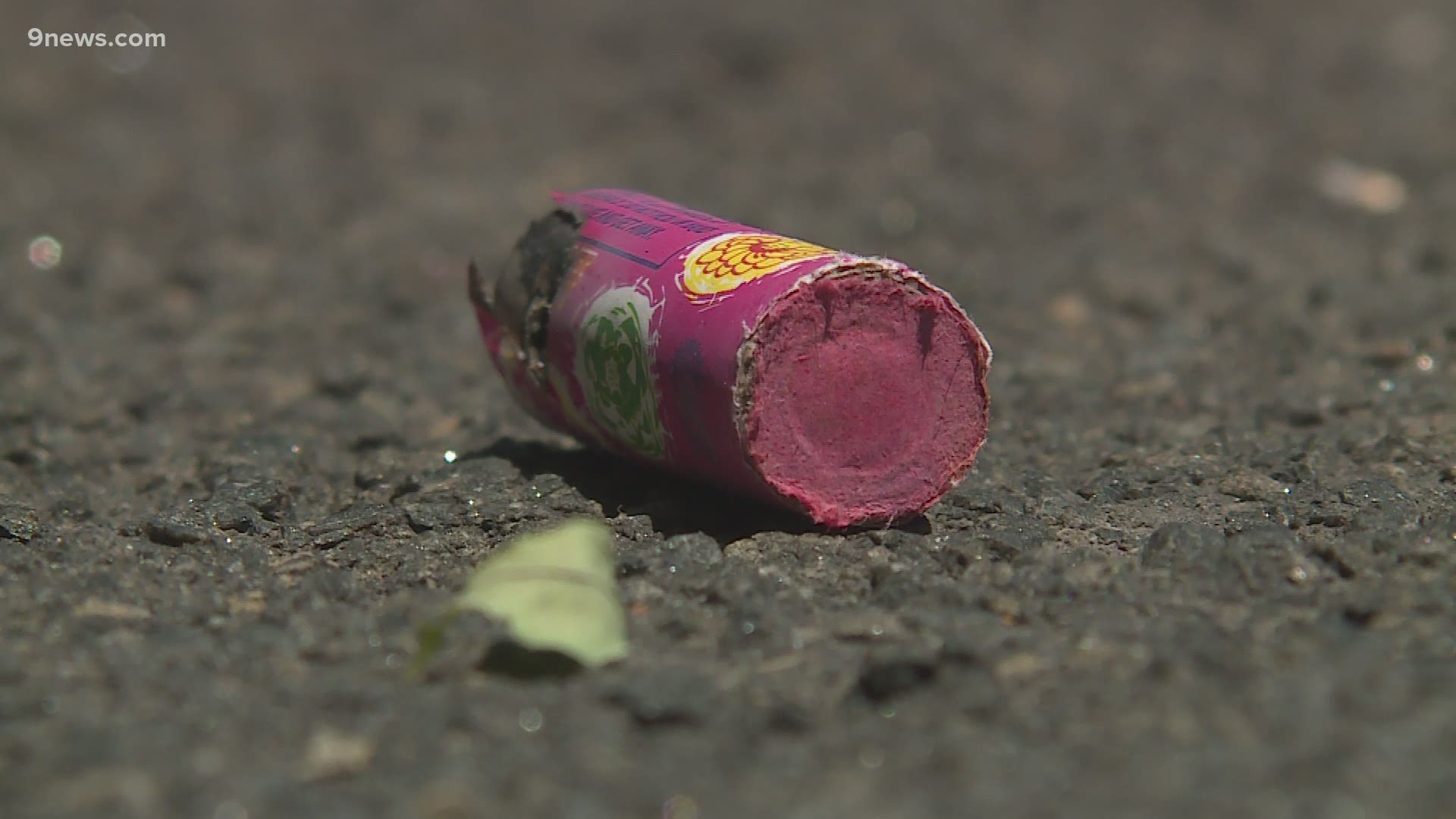 DENVER — South Metro Fire Rescue said they responded to about 12 firework-related fire calls on Sunday night, and the department only responds to firework calls when there is actually a fire.

"I think when people saw the rain which is definitely a blessing, it brings humidity, but with that rain people forgot that you still have a heat source," Kimberly Spuhler the department's Community Risk Reduction Specialist told 9News.

Spuhler told 9News legal and illegal fireworks were to blame for the incidents they responded to on Sunday night.

One of the fires was set by a 'smoke bomb' firework which is considered legal.

"For whatever reason, they threw the smoke bomb into the car and basically that smoke bomb sat on the synthetic fiber of the seat and started that car on fire," Spuhler said.

RELATED: Were fireworks loud in your area? Not many of your neighbors called the police

RELATED: Were you taking care of your dog instead of watching fireworks? Here's what you missed

"We had some illegal fireworks that would land in people’s yards, lean up against homes and so even with the siding of a home and a heat source it can cause a home fire."

Spuhler shared photos of another fire started after a resident threw out the remnants of fireworks into their trash bin. Spuhler said the firework was still hot enough to reignite.

"You have a firework, it’s a heat source. Any combustible next to that heat source can cause a fire, so we need people to be very, very vigilant," she said.

South Metro Fire hoped residential fireworks would calm down this year. In 2020, during the height of the COVID-19 pandemic, they saw a large amount of neighborhoods setting off fireworks due to the lack of professional firework shows being held.

Data from the Denver Police Department showed a big drop in their firework-related calls. Last July 4th, they received more than 850 calls, this July 4th, just a little over 200 calls.