A five-story youth homeless center is coming to Denver. Like so many construction projects in the Mile High City, it comes with controversy. 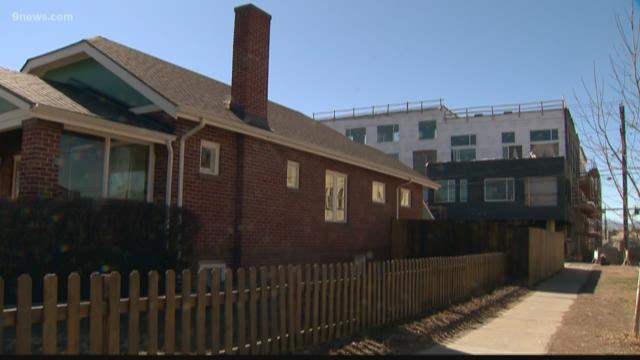 The neighborhood near Broadway and Acoma Street is constantly changing.

The latest example of change here will be a five-story youth homeless center that the Denver City Council approved Monday.

Like so many construction projects in Denver, it comes with controversy.

Urban Peak CEO Christina Carlson says they're re-imagining that space and really thinking about how it could be more comprehensive.

"Housing is really where we stumble, there just isn't enough affordable housing in Denver," Carlson said.

Their mission is to help young people transition from homelessness to a home of their own.

The five-story building is designed to house homeless youth. The rezoning allows the organization Urban Peak to build onto its existing shelter to include transitional housing and three floors of apartments.

"Thinking about what redevelopment and expansion looks like is an incredibly timely topic in this city," said Carlson, "but so is youth homelessness."

While the organization generally finds support for the work they do, some residents are not okay with them doing the work there.

Steve Christiansen lives around Urban Peak. He says there's already a lot of people who walk the neighborhood and leave trash behind. He says this would only make that worse.

"I want to help, but I wish they wouldn't litter so much," Christiansen said.

Change, he says, is helping the city look a little different but not helping the locals who have to deal with everything that comes with it.

Urban Peak is not sure when the new building will go up.