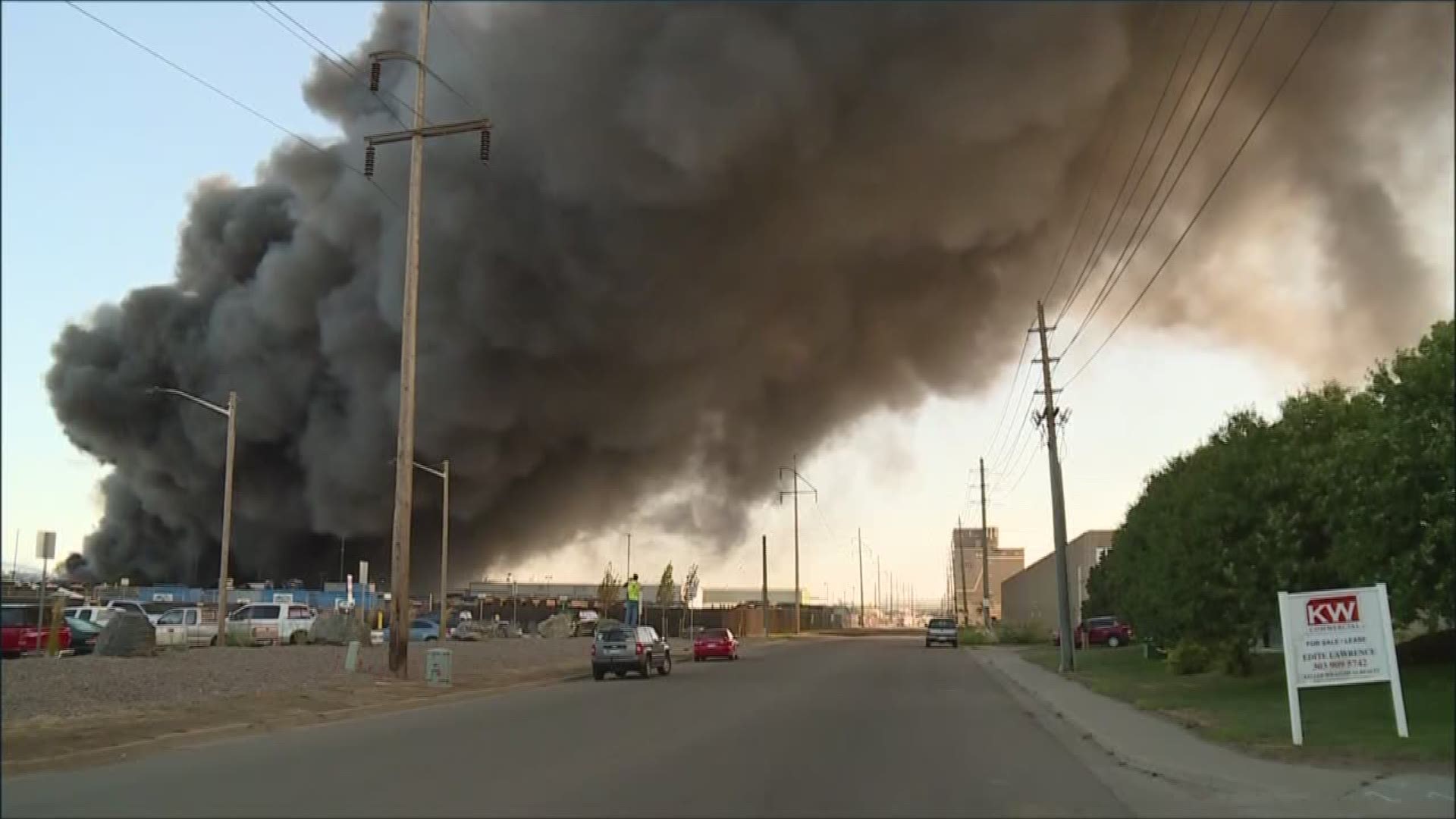 ADAMS COUNTY — Crews remained at the scene of recycling plant Wednesday morning, a day after the fire, at 5601 York Street, sent a large plume of smoke into the air that was visible throughout much of the metro area. 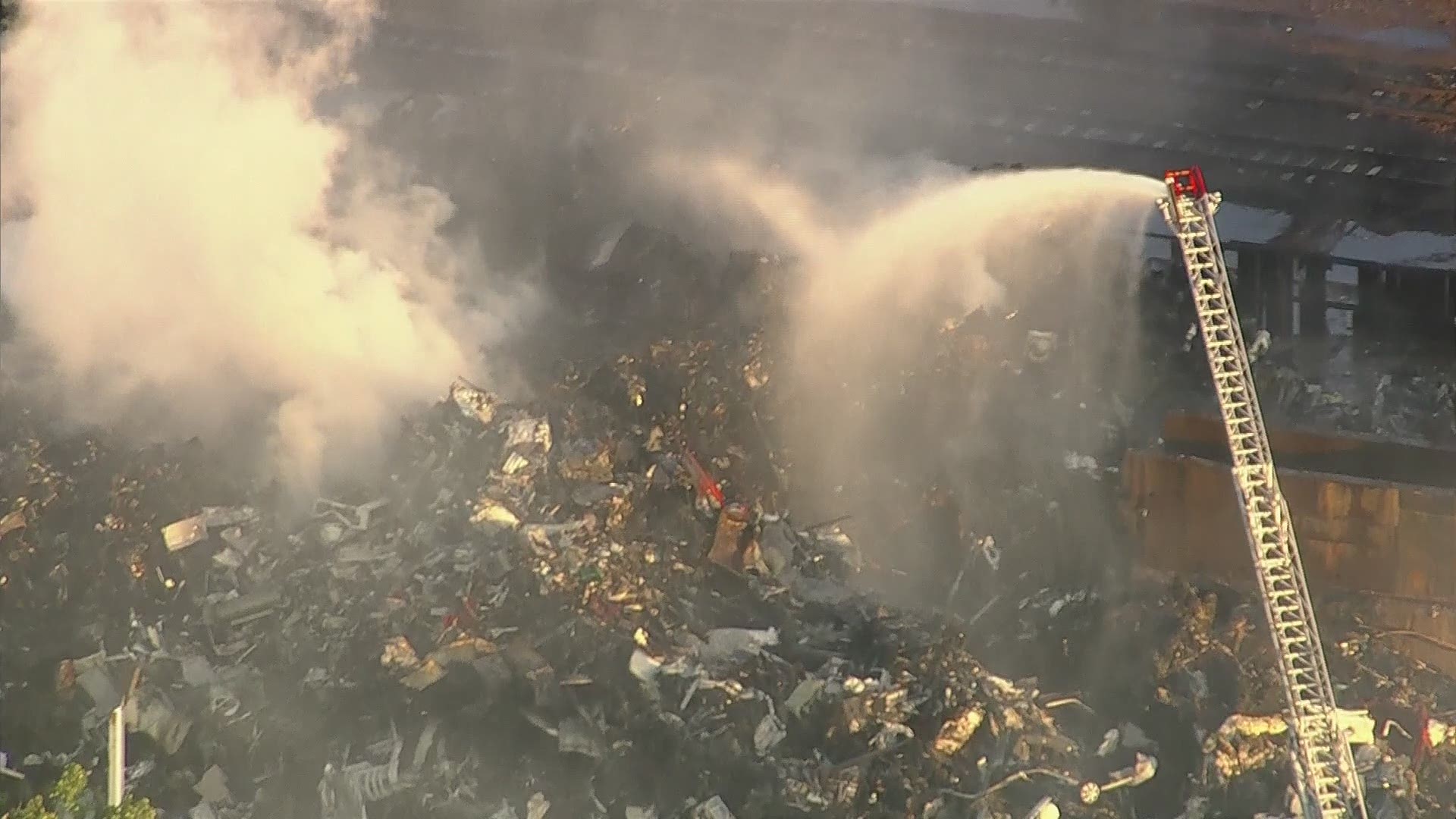 Video from Sky9 showed heavy flames and black smoke at the facility which recycles metal. It is located in unincorporated Adams County near the Denver city limits according to Adams County Fire Rescue.

Over 100 firefighters from over 15 fire departments have rotated through the fire since it broke out Tuesday afternoon. Wednesday morning about 40 firefighters were fighting the fire.

PIO at the scene of fire at metal recycling plant at the 5600 block of York St. Several units working the incident. @SACFD200 is also assisting. pic.twitter.com/VpiBd5QpUO 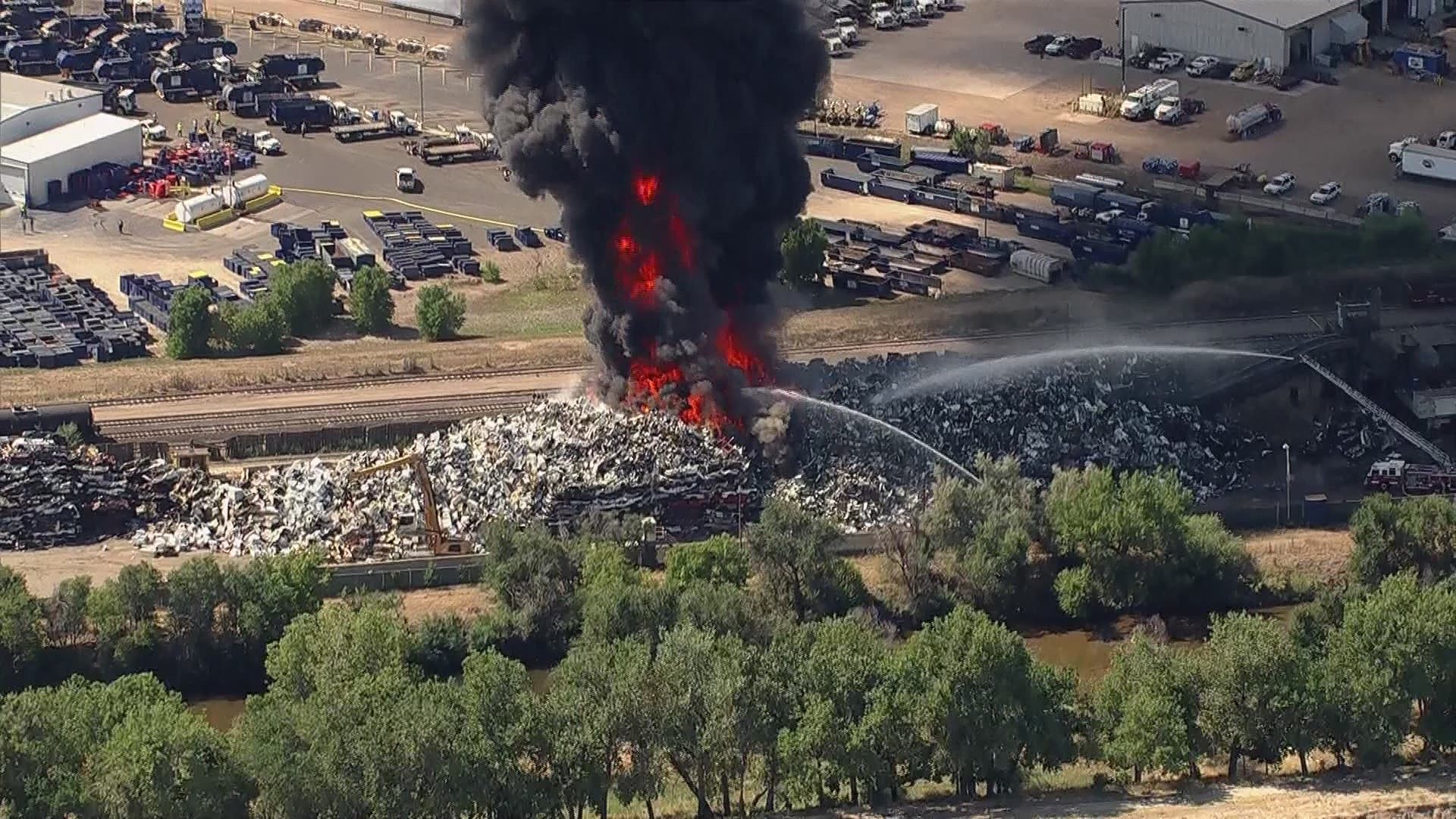