The officer has posted bail and been released 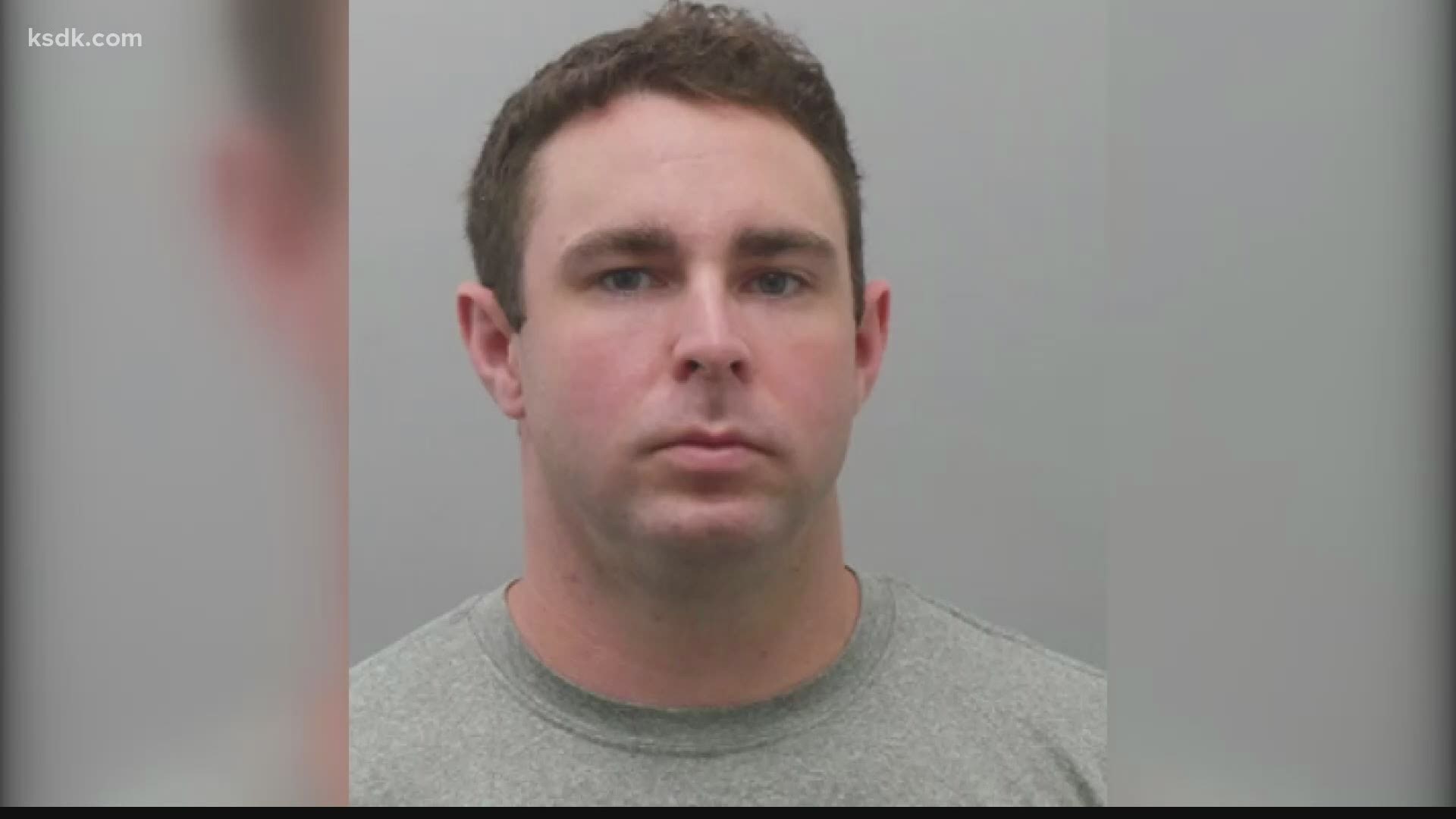 The announcement comes about two weeks after a doorbell camera captured the officer, Smith, 31, of Ferguson driving his unmarked Florissant police SUV into a man in a Dellwood neighborhood on June 2.

"The moment he turned his headlights toward the individual, it became a 4,000-pound missile," Lohmar said during a press conference Wednesday.

Smith, a nine-year veteran of the force, wrote in his report that the black Dodge Charger the victim was riding in was “consistent with” the make and model of a car that was involved in a shots-fired incident near the Ferguson police department May 30.

Credit: UPI
St. Charles (Missouri) County Prosecutor Tim Lohmar announces charges against former Florissant, Missouri police officer Joshua Smith, on Wednesday, June 17, 2020. Smith has been charged with first-degree assault, armed criminal action and fourth-degree assault after a residential surveillance camera captured him strike a man with his police SUV on June 2, 2020. The victim was struck by Smith after getting out of a car that was suspect in a shots fired call. Photo by St. Louis County Justice Center/UPI

He also wrote that the vehicle had illegally tinted windows, a headlight that was out and no front license plate, according to court documents.

Smith also wrote that the car failed to signal while changing lanes, and that “an investigatory stop was attempted on the vehicle in which the occupants of the vehicle fled,” according to the documents.

The victim, who is referred to only by his initials in court documents, ran from the car, across Eastdell Drive, onto a driveway, according to court documents.

During the press conference, Lohmar said Smith wrote in his report that the victim "darted in front of his car, and, in an effort to avoid hitting him, he swerved."

"The video evidence proves that is patently false," Lohmar said.

"This is a sad day for the Florissant Police Department, but an important day for our community I think," Fagan said. "It's important that in this circumstance, our community knows that in the event that one of our officers steps outside their duties to do things they should not do, they will always be held accountable as every other citizen would.

"Once these wounds begin to heal, we can move forward as a city and become a better police department."

Credit: UPI
Florissant (Missouri) Police Chief Timothy Fagan, makes a comment while St. Charles (Missouri) County Prosecutor Tim Lohmar looks on after announcing charges against former Florissant police officer Joshua Smith, during a press conference in O'Fallon, Missouri on Wednesday, June 17, 2020. Smith has been charged with first-degree assault, armed criminal action and fourth-degree assault after a residential surveillance camera captured him strike a man with his police SUV on June 2, 2020. The victim was struck by Smith after getting out of a car that was suspect in a shots fired call. Photo by Bill Greenblatt/UPI

Smith's attorney, Scott Rosenblum, tells 5 On Your Side that his client has posted bail and has been released.

Rosenblum said what happened was “an accident that could not have been avoided,” and the video doesn’t show the chain of events that led up to it.

“Most individuals don’t expect people to be jumping out of a moving vehicle in front of them, and his path was either to continue on and hit the vehicle or to maneuver away from the vehicle. Unfortunately, the young man was injured, but he was injured as a result of an accident,” Rosenblum said. 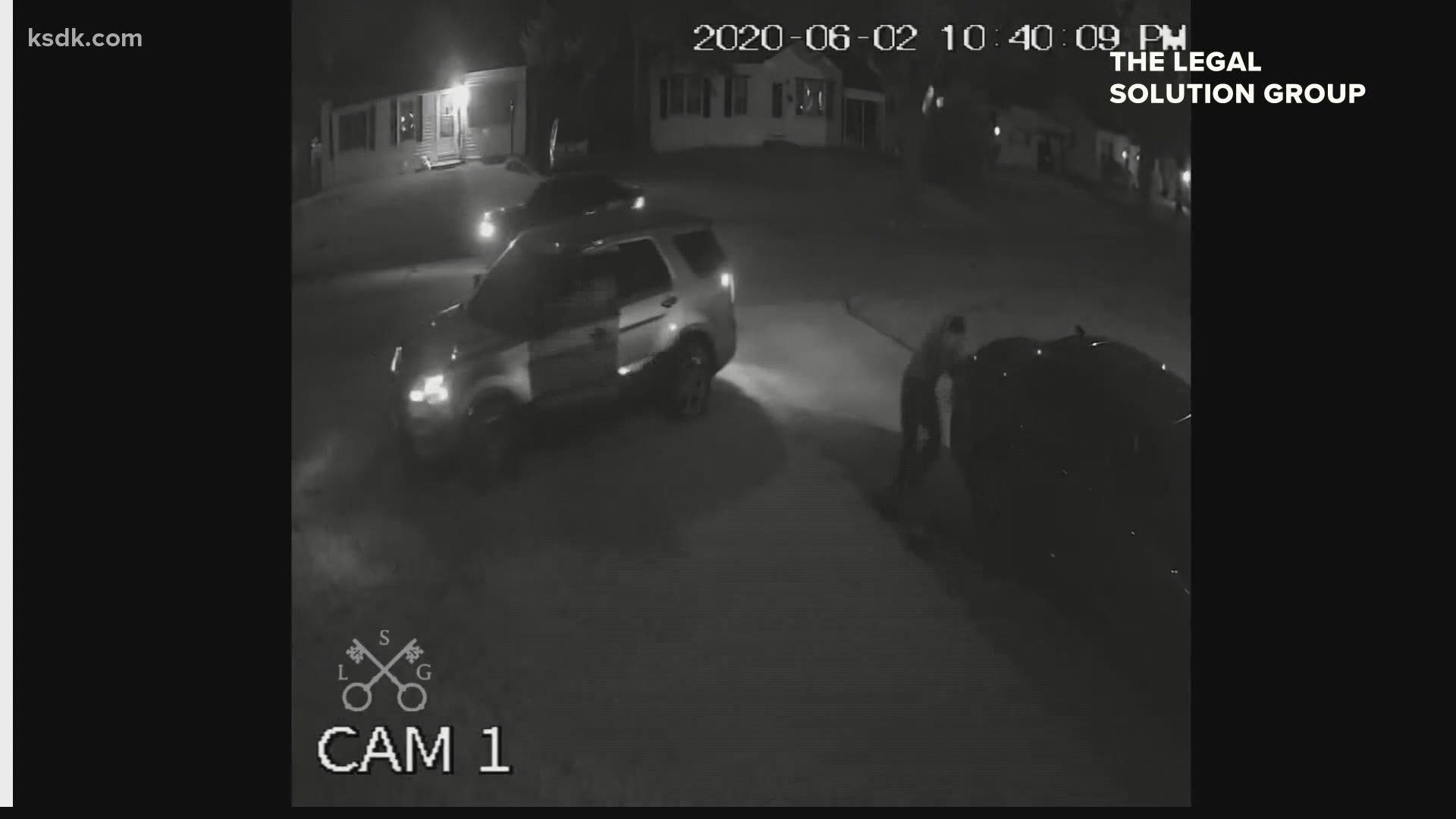 Rosenblum said the encounter started as a traffic stop.

“They identified themselves as police when they pulled over the vehicle with lights and sirens. The vehicle stopped, and they approached the vehicle, then the vehicle took off and began a chase,” he said.

The video shows the end of the chase, Rosenblum said. The police SUV does not have lights on in the video.

As for the use of force after the man was struck, Rosenblum said it was appropriate to make sure the officer could see the suspect’s hands and make the arrest.

“You’ll see the individual try to come up, and there was a forearm used to press him back down, which is appropriate force in that circumstance,” he said.

In a second video of the incident released by the victim’s attorneys Tuesday, the victim’s foot can be seen awkwardly dangling from his ankle shortly before he falls to the ground. Smith can be seen getting out of his SUV, approaching the victim and kicking and striking him before putting handcuffs on him.

Those final blows are what led prosecutors to issue the assault fourth-degree charges.

Lohmar said he was surprised by the attorneys' decision to release the second video and that it could jeopardize their client's right and the officer's right to a fair trial due to pre-trial publicity. The attorneys, Jermaine Wooten and Jerryl Christmas, said Tuesday that they believed first-degree assault charges and armed criminal action charges were warranted in this case — something Lohmar said Wednesday that he told them before they released the video.

"The victim’s attorneys have been apprised of the status of this investigation and they knew exactly what direction we were going in," he said. "It was pretty entertaining to read their comments in the news media about it.

Wooten said he spoke to his client after the charges were announced Wednesday.

The armed criminal action charge carries with it a mandatory minimum prison sentence of at least three years.

Two other officers were riding in Smith’s SUV on the night in question — one of whom is the son of Tim Swope, St. Louis County Prosecutor Wesley Bell’s spokesman. Bell recused himself from the case and asked Lohmar to serve as the special prosecutor to avoid any conflict of interest.

The other officers have not been charged with a crime, but remain on leave as Florissant police continue an internal investigation.

Meanwhile, there has been no evidence showing that the three men inside the car that was being chased were involved in the shots fired call that Smith claims drew his attention to it in the first place.

Police are still searching for the third man who was in the car, Lohmar said.

Editor's note: An earlier version of this story incorrectly identified the judge who set Joshua Smith's bail due to inaccurate online court records.

You can watch the full press conference below: 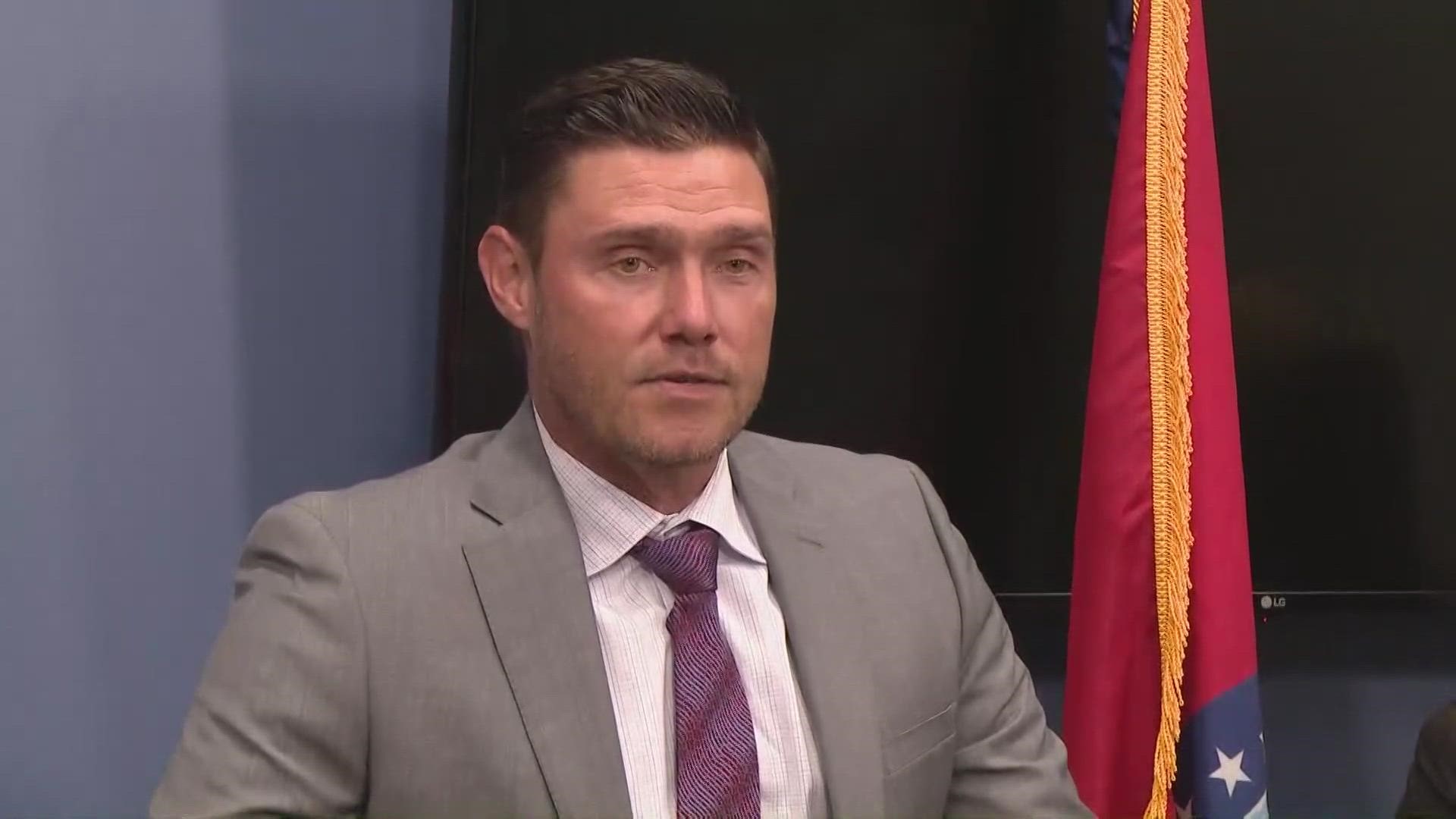 More on this case