In a Facebook post, the department said the protest had not been peaceful, and officers had been assaulted with frozen bottles, glass bottles and rocks

Police said they made multiple dispersal orders, which protesters ignored.

"Officers did everything they could to allow a peaceful protest, but this group began to damage property at the police department," the department said.

Officers then began to walk toward the group to disperse them, at which point the group began throwing frozen water bottles, glass bottles, batteries and rocks.

Officers then deployed mace. One bean bag round was used while an officer was actively being assaulted by a member of the group, the department said. That person fled and has not been located.

The charges of those arrested include peace disturbance, unlawful assembly and failure to disperse.

Protesters have been outside the Florissant Police Department nightly since video came out of detective Joshua Smith hitting a man with his car.

Smith has been fired and charged. Two other officers who were in the car with Smith have not been fired or charged.

This is a developing situation and information will be updated to this story. 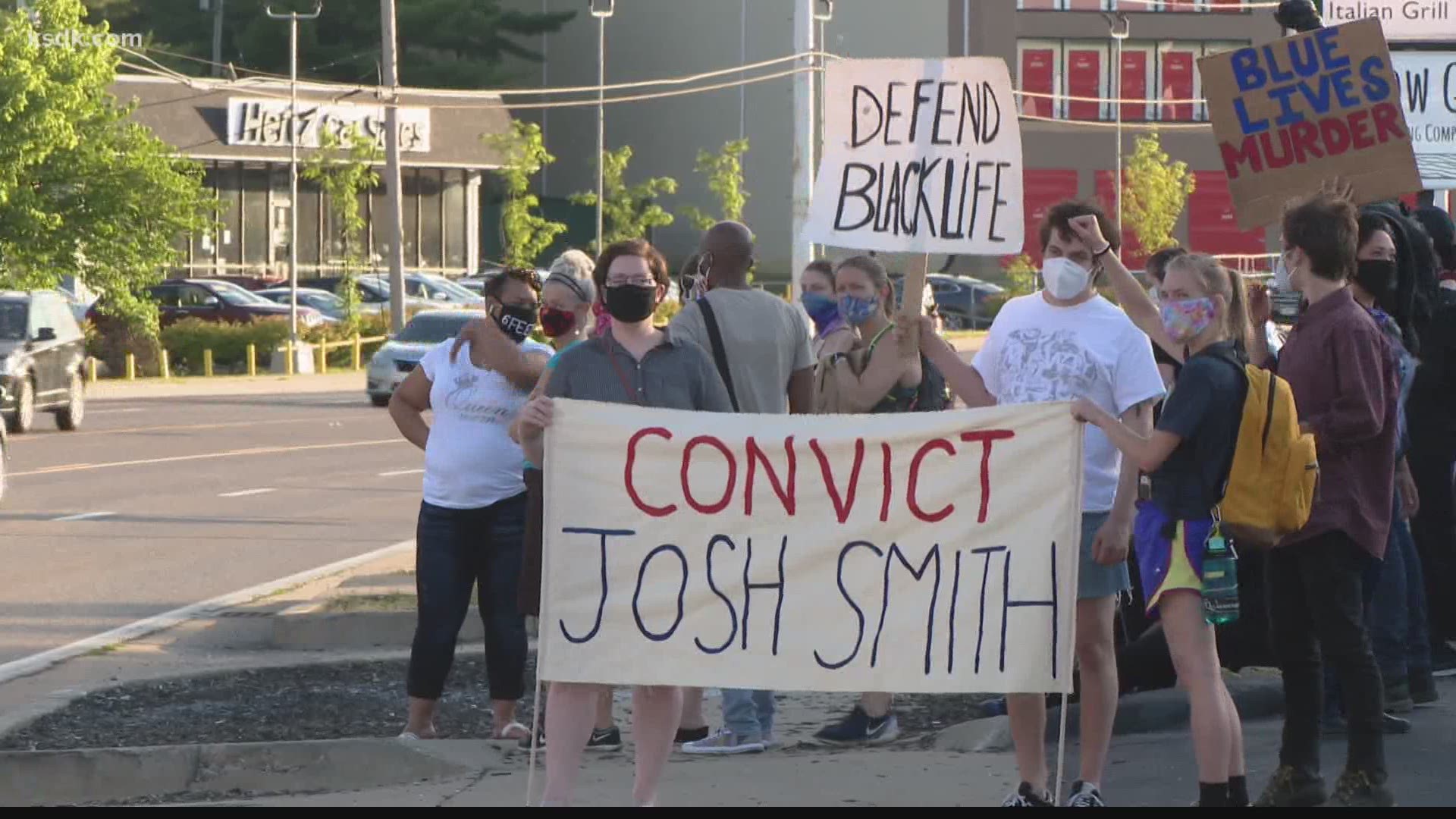 RELATED: Florissant protester accidentally shoots himself in the foot outside police headquarters