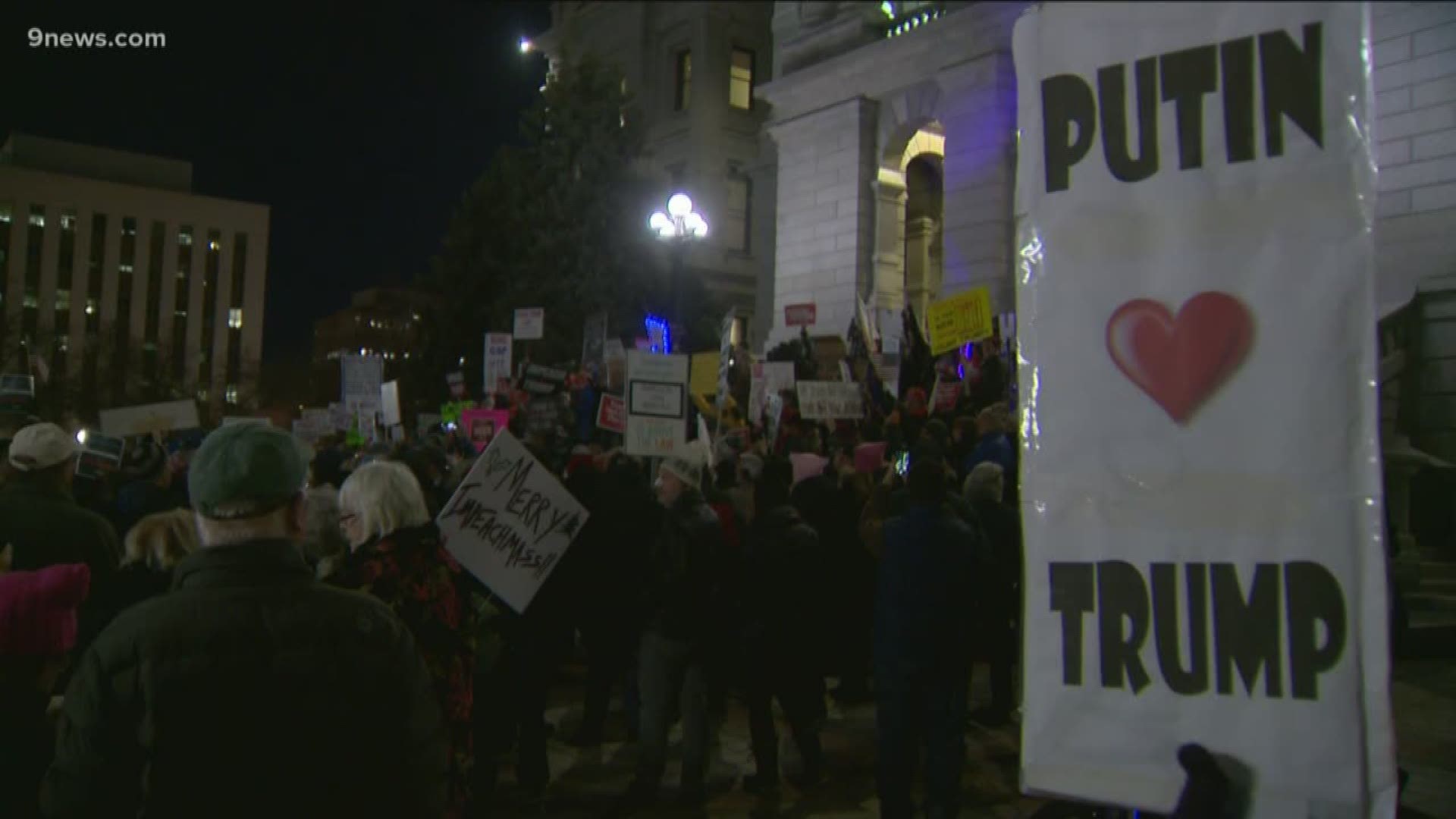 DENVER — On the eve of the U.S. House of Representatives vote on whether to impeach President Donald Trump, people who support the move held rallies in hundreds of cities across the country, including Denver and Aurora.

RELATED: Republicans coin 'T'was the night before impeachment' ahead of Wednesday vote

RELATED: Hundreds of pro-impeachment rallies planned across US Tuesday

People held signs and chanted things like, "Putin's Trump has got to go," and "Lock him up," outside the Colorado State Capitol. Another group rallied outside Aurora's Public Central Library.

9NEWS: Does this current process remind you at all of what you experienced in 1998?

Skaggs: It certainly evokes emotions because it is such an important event in the country’s political life and, to some degree, carries me back to the experience I had during the Clinton impeachment.

How did the impeachment process affect the House and Senate?

It tore the place apart. It was terribly divisive of the congress which was always on the verge of a, sort of, political battle. Usually, on a pretty civil basis. But this got pretty bloody.

What were your thoughts when you first learned people wanted to impeach President Clinton?

To use a perhaps too-cute phrase, “You got to be kidding me. You’re really going to impeach the president for lying about an affair.”

I think this is a whole different animal in dealing with President Trump in the sense of its historic significance or not and how it will be remembered 20 or 50 years from now.

Did you feel any pressure ahead of casting what you've described as one of the most important votes a person can make?

It’s odd because yes, I’m about to make a big decision – but I didn’t feel any pressure. Because I was comfortable with how I’d look at the situation and the decision that I had made about how I was going to vote.

Was it an easy decision to vote against President Clinton's impeachment?

For me, it was a pretty easy decision, yeah. Which isn’t to say it wasn’t a weighted decision

What kind of influence do constituents have over lawmakers before an impeachment vote?

Impeachment is, you know, do you want the Broncos to win or not? It’s a pretty clear issue.