One thing to keep in mind: the process will be expensive. 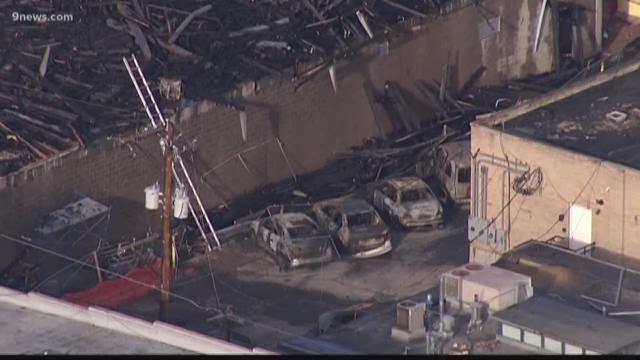 Fire investigators are still working to determine the cause of a large fire downtown that left two people dead, several more injured, and significant damage in the area.

The investigation will be extensive.

Kevin Hammons is a retired firefighter, former fire investigator, and now teaches Fire and Emergency Response Administration at MSU Denver. He is not involved in the downtown investigation, but explained what investigators will be looking for as they work through the rubble.

He said the process starts outside the building.

“We should have a lot of witness information from this. Downtown, in the middle of the day, we had people on site working, and a lot of information to sift through,” he said. “You take all that together, and that starts to move you from the outside in, to find the areas of [fire] origin.”

Once investigators gather that material so they can get a clearer picture of what happened.

“Once you find the area of origin, you determine what potential heat sources are in that area of origin, and you can start to work on narrowing down and determining a cause.”

Hammons said investigators will look at what materials are inside the building. Commonly, construction sites include building materials like steel, wood, plastics and other things that could provide fuel to a fire. He said these kind of buildings under construction usually don’t include furniture or storage items normally found in buildings that are open and in operation at the time of a fire.

“An important part of fire control in a building is compartmentalization,” he said. “In an open building under construction, it’s much easier for a fire to spread across a space than it is for finished construction.”

Hammons said investigators will also study how ventilation in the construction site affected the fire, and they will look for fire patterns, to determine how a fire grew and spread. He said the burned out cars show an example of a fire’s pattern as it burned nearby.

“They are great fire, or damage, patterns that show you the direction of radiation,” he said.