Andrew Natsios directly oversaw the reconstruction of Afghanistan from 2001-2006 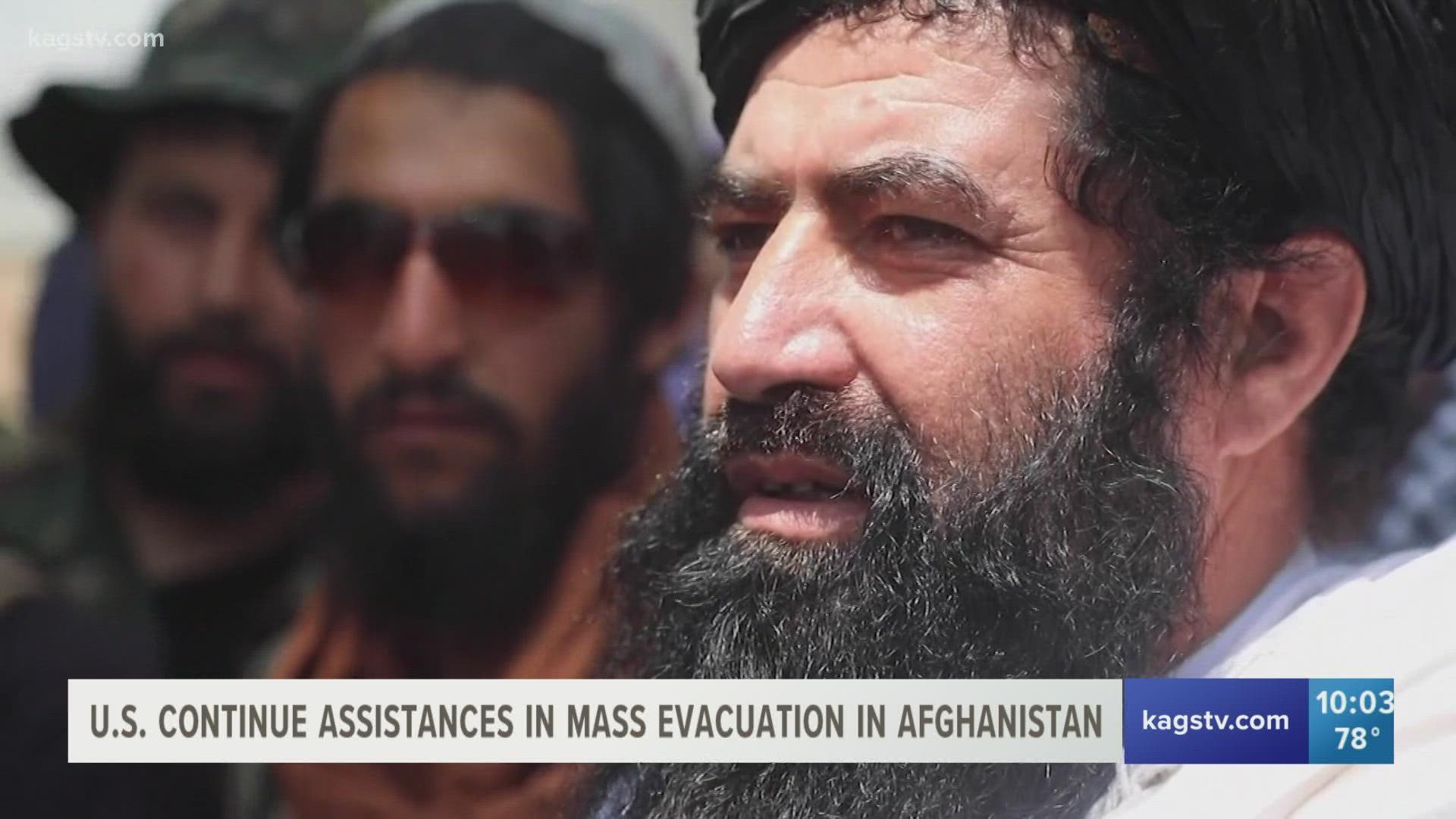 COLLEGE STATION, Texas — As of today, nearly 18,000 people have been evacuated via Kabul Airport since the Taliban took control of Afghanistan last Sunday.

Out of that total, many have been flown out of the capital city on U.S. Military cargo planes.

Andrew Natsios is the Director of the Scowcroft Institute of International Affairs and is an Executive Professor with the Bush School at Texas A&M.

He's also the former Administrator of the United States Agency for International Development and worked under both Bush presidents.

"I've been involved in 12 civil wars, and that many reconstruction efforts around the world. The biggest ones by far were Iraq and Afghanistan," Natsios said.

Natsios was nominated to his former position by President George W. Bush and confirmed by the Senate in May of 2001. From there, he would go on to serve for five years. In his time at the AID, Natsios directly oversaw the reconstruction of Afghanistan after its civil war in the '90s.

"I have many friends in Afghanistan. Americans and Afghans, and they had been warning me for many years that the Taliban were making progress," he said.

He added the Afghan government has been a source of frustration for the people for a long time now and that's why the Taliban were getting more and more support.

According to Natsios, the U.S. was not without fault of its own. Each U.S. Agency had different objectives in Afghanistan.

The Pentagon was fighting the Taliban, and the State Department was trying to stop the drug trade, while AID was trying to reconstruct the country.

"The Afghans say this," Natsios said. "We had 20 one-year strategies, instead of 1 twenty-year strategy."

After introducing a national currency, setting up 1,200 health clinics, producing 70 million school textbooks and more, the work of AID could be undone under the new Taliban regime.

RELATED: Biden vows to evacuate all Americans — and Afghan helpers