Amy Van Dyken-Rouen said she couldn't get to Union Station because multiple elevators were not working. 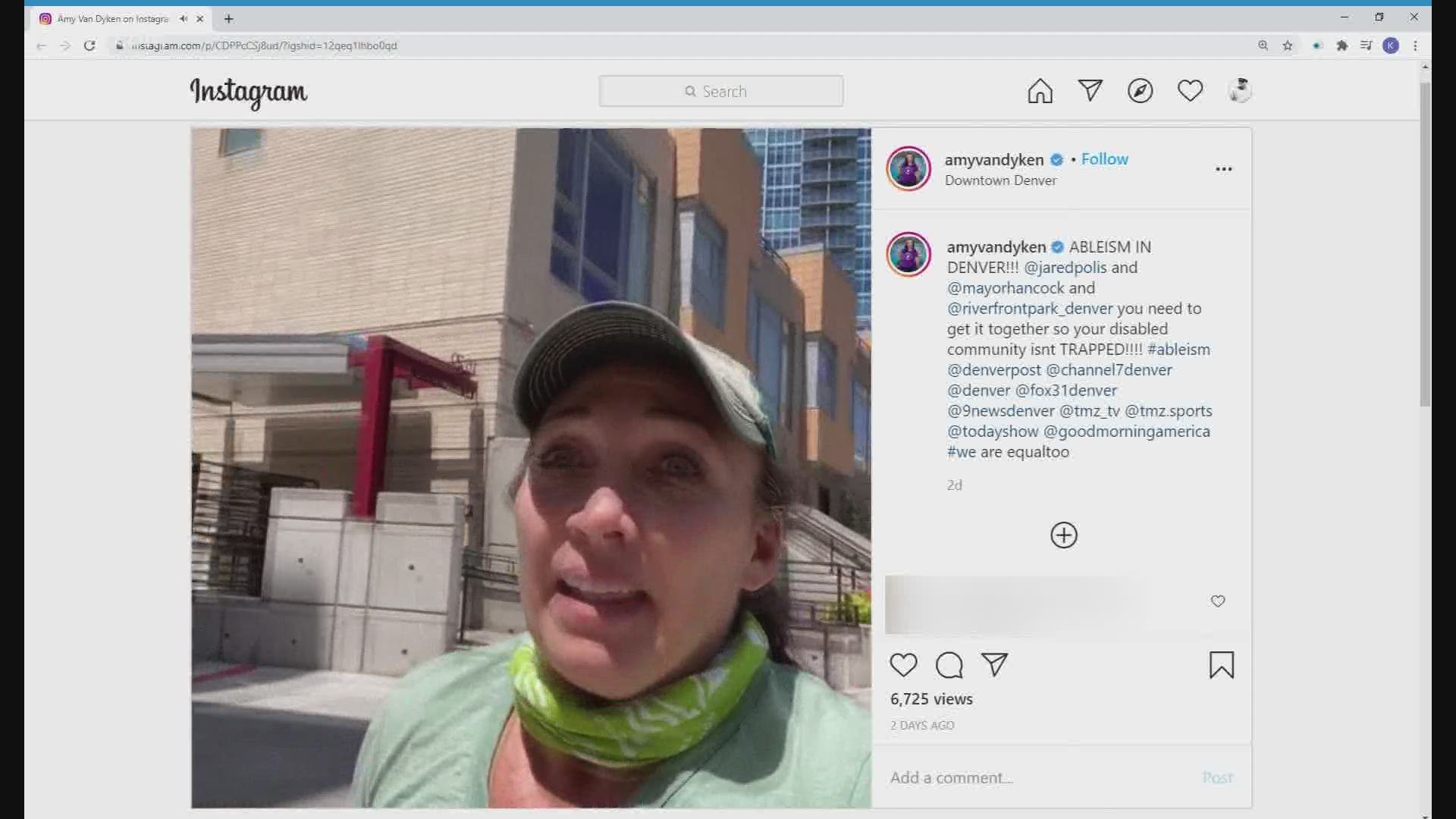 DENVER, Colorado — A former Olympian said she is frustrated with the city of Denver and wants to see changes to help people with disabilities get around downtown easier.

In 2014 she was critically injured in an ATV accident that severed her spinal cord and left her paralyzed from the waist down.

This week on Instagram, she shared a video outlining her struggle to navigate downtown.

She said she was trying to get to Union Station to head to the airport and pick up a friend, but elevators at both 18th and 16th streets to cross the light rail and train tracks weren't working.

"That’s the frustration," Van Dyken-Rouen said. "It seems like they’re always broken. So there has to be a better solution. Get rid of the elevators and put ramps in so people can get around easier because this is awful and I feel trapped."

Those access points are overseen by The Central Platte Valley Metropolitan District.

The district said it had to close the Millenium Bridge over 16th Street because of sandblasting during construction. The elevator at 18th Street was closed when someone hit the emergency fire button.

Van Dyken-Rouen said she'd like to see the city add more ramps so she's not relying on elevators.

"Denver, for some reason, and it breaks my heart because it’s my hometown, but it’s so hard to get around here," she said. "I don’t know if elevators are going to work. There’s no other way for me to get around. At least I know in LA, Seattle, or Dallas, there’s another way to get around. But here if these aren’t working I’m at the mercy of elevators right now which is really sad." 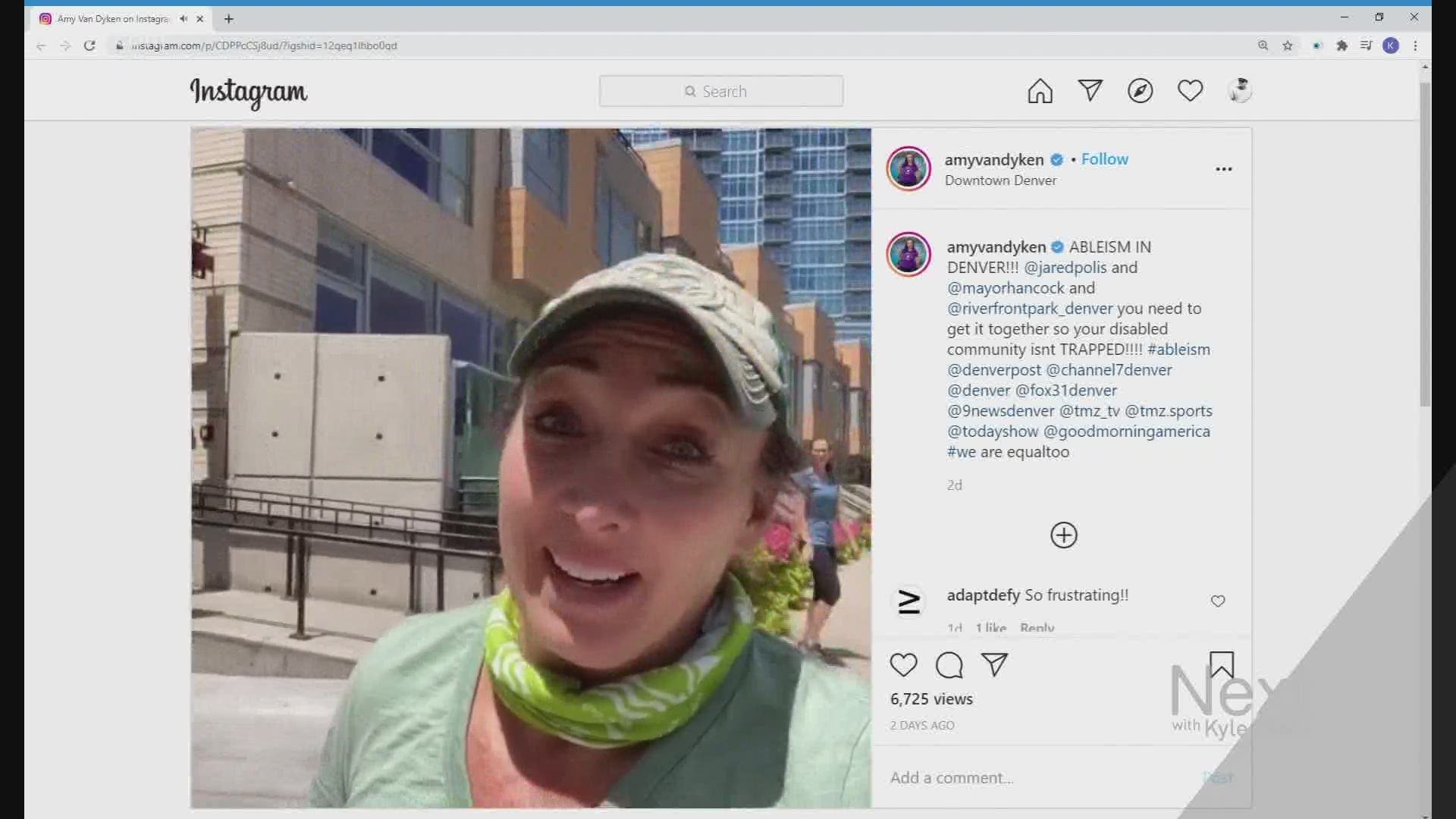 The Central Platte Valley Metropolitan District said it's not possible to put in a ramp near 16th because ramps require more space and distance.

The city said it has a meeting next week to get feedback from people with disabilities about possible changes to the 16th Street Mall.