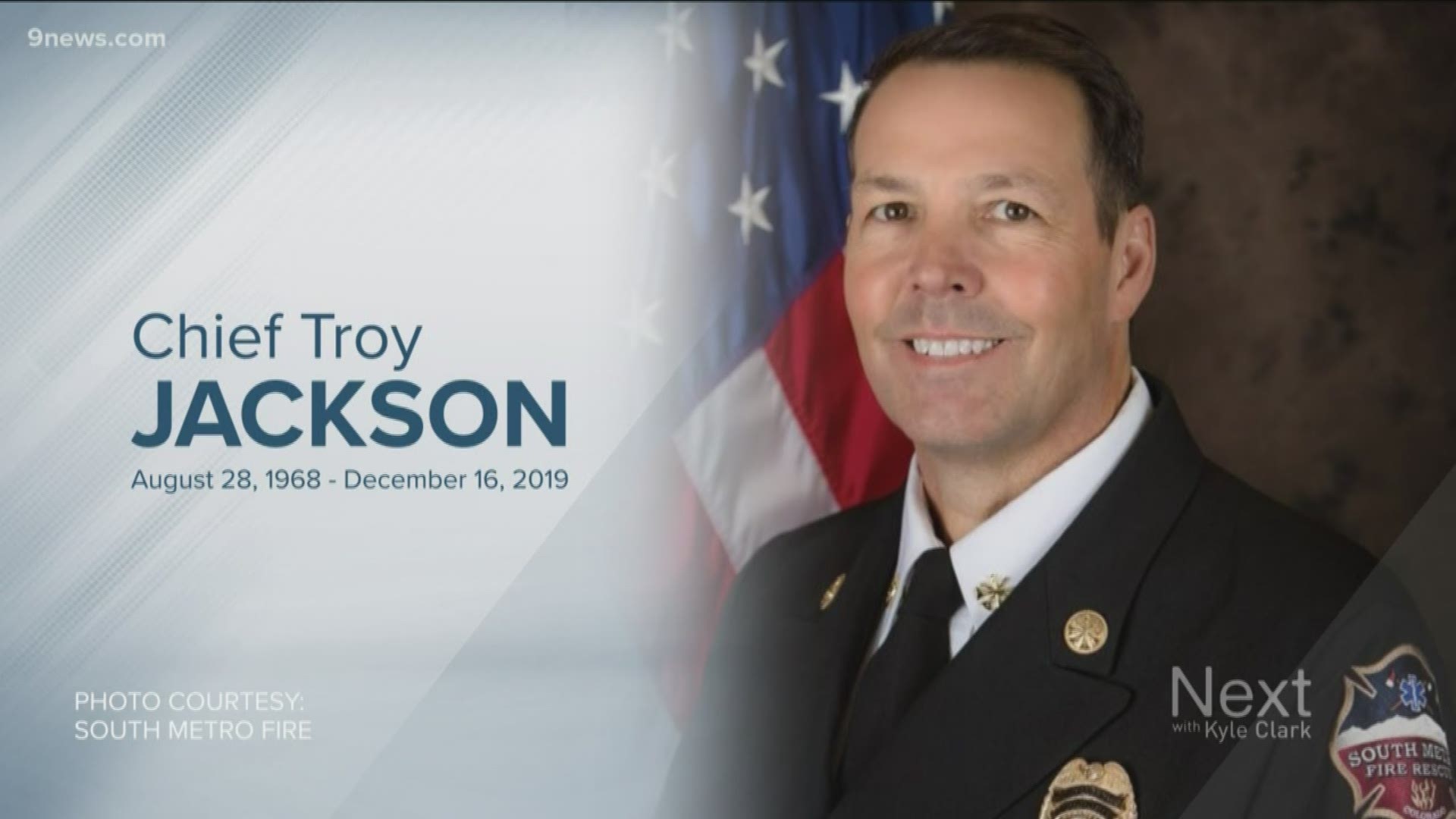 "I am sure Troy Jackson is the most courageous person I have ever known," Chief Bob Baker, South Metro Fire Rescue, said.

Chief Troy Jackson passed away Monday at age 51 from adenoid cystic carcinoma, which he had battled since 2013. He leaves behind his wife Lori, daughter Carley and son Covey.

"I remember him being full of energy and full of passion for the job," Chaplain Paul Russell, said. "He was a man of good character."

Douglas County Chief Deputy Steve Johnson says Chief Jackson was with him during the STEM School shooting and when Deputy Dan Brite was critically injured.

"Troy was incredible to have at my side," Johnson said. "Troy would say to me, I'm here for you."

A memorial service in his honor was held at Denver First Church on Friday morning.

"He lived life to the full. Troy taught us how to love, how to lead," Lee Eiler, brother-in-law, said. 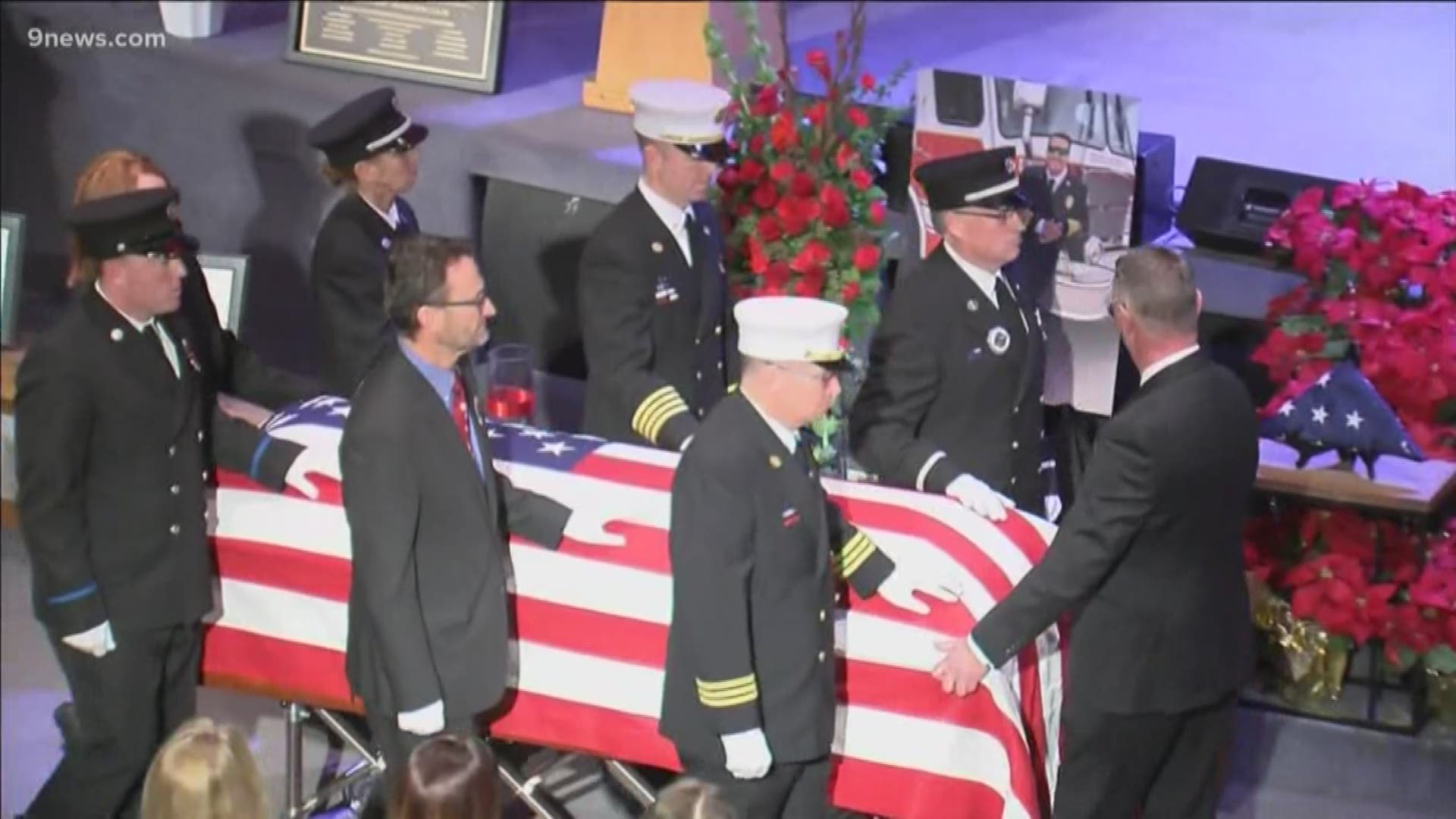 Jackson is remembered as a hero who spent his final months working to educate other firefighters about the risk of cancer that comes with the job.

"Troy was tireless in his devotion to making sure no one would go through what he had gone through," Chief Baker said.

He was hired as a firefighter in 1990 and was promoted to the rank of assistant chief of operations in 2016. He stepped down in August due to health reasons and to spend more time with his family.

His daughter Carly Jackson is now a deputy with the Douglas County Sheriff's Department.

"My dad will live on in my life with every breath I take," Carley Jackson said. "Every time I put my uniform I bow to serve the community in the same way my dad did with love for everyone and a positive unwavering attitude."

RELATED: Cancer is the invisible risk of firefighting