Brian Garrett passed away just a week before his son Graham's 11th birthday. 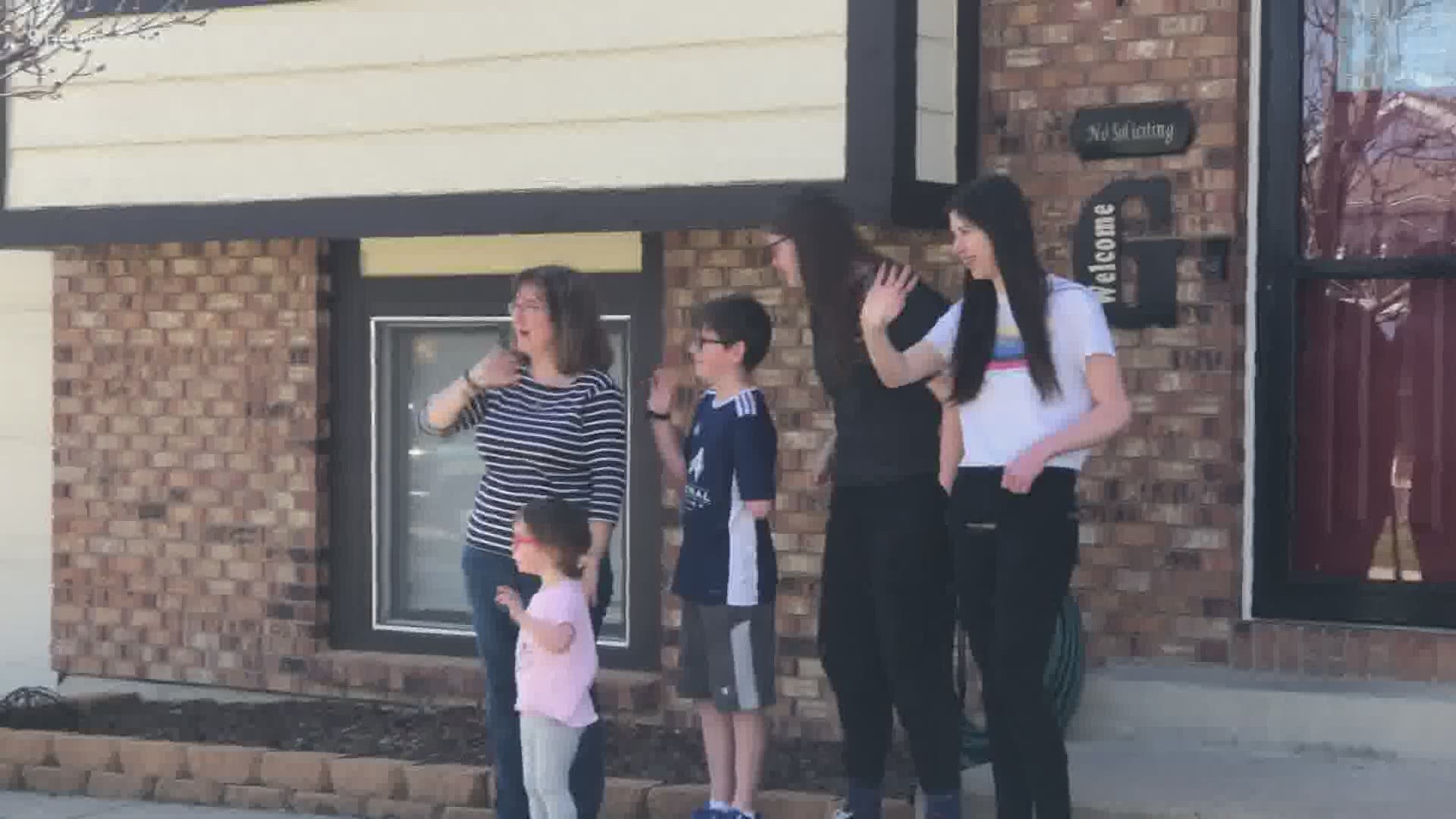 FORT COLLINS, Colo. — He was a healthy 45-year-old man until his family says he started feeling like he had the flu.

A week after he went to the hospital, Brian Garrett died of suspected COVID-19. Tests for the virus came back negative, but the family says he experienced all the symptoms and doctors told them the test may have been a false negative.

"They thought it was the flu. Then it got worse, harder to breath," said Susan Kahl, Garrett's sister. "We said our goodbyes to him over an iPad in the hospital that the nurses held up so we could see him before they took him off the support that he had."

Kahl wasn’t ready to say goodbye to her brother. He was healthy. Exercised often. A brother. A husband. A dad to four kids.

"After he passed away, we couldn’t even be together as a family to grieve over him," said Kahl. "I think people need to realize that when these people get sick and go into the hospital, whether they make it or not, they’re alone in there. Some of them die alone. It’s tragic for the families."

It’s never the right time to say goodbye. The pain that comes with losing a loved one to the virus is unimaginable. Trying to find light through that darkness can be just as tough. Seven days after he passed, his son Graham celebrated his 11th birthday.

Graham never expected to have a birthday party this year. Then he looked outside and saw nearly 60 cars, police motorcycles, even fire trucks, as the whole community came together to wish Graham a happy birthday.

"As the first police motorcycles came down the street with their sirens on, I immediately started to cry. Tears coming down my face," Kahl said. "Just to feel the love of everybody around him, of friends and family and even people he didn’t know, I think it really warmed his heart."

The days aren’t getting any easier right now. Today they said a final goodbye. Only his immediate family was allowed to attend the funeral.

In a world filled with so much pain, a siren and a sign meant so much more than happy birthday.

"Make sure that you hug your loved ones every day," said Kahl. "That you tell them you love them every day because you just don’t know when the last day is or when the last time you’re going to see them is."

The Kahl and Garrett family wanted to share their story in order to encourage everyone to take social distancing seriously. They say if it can happen to a healthy 45 year old like Brian, it can happen to anyone.

If you would like to support them, the community has created a GoFundMe page here.