Over the past hundred years, the city of Fort Morgan grew around the Western Sugar Plant and its less than pleasant odor. 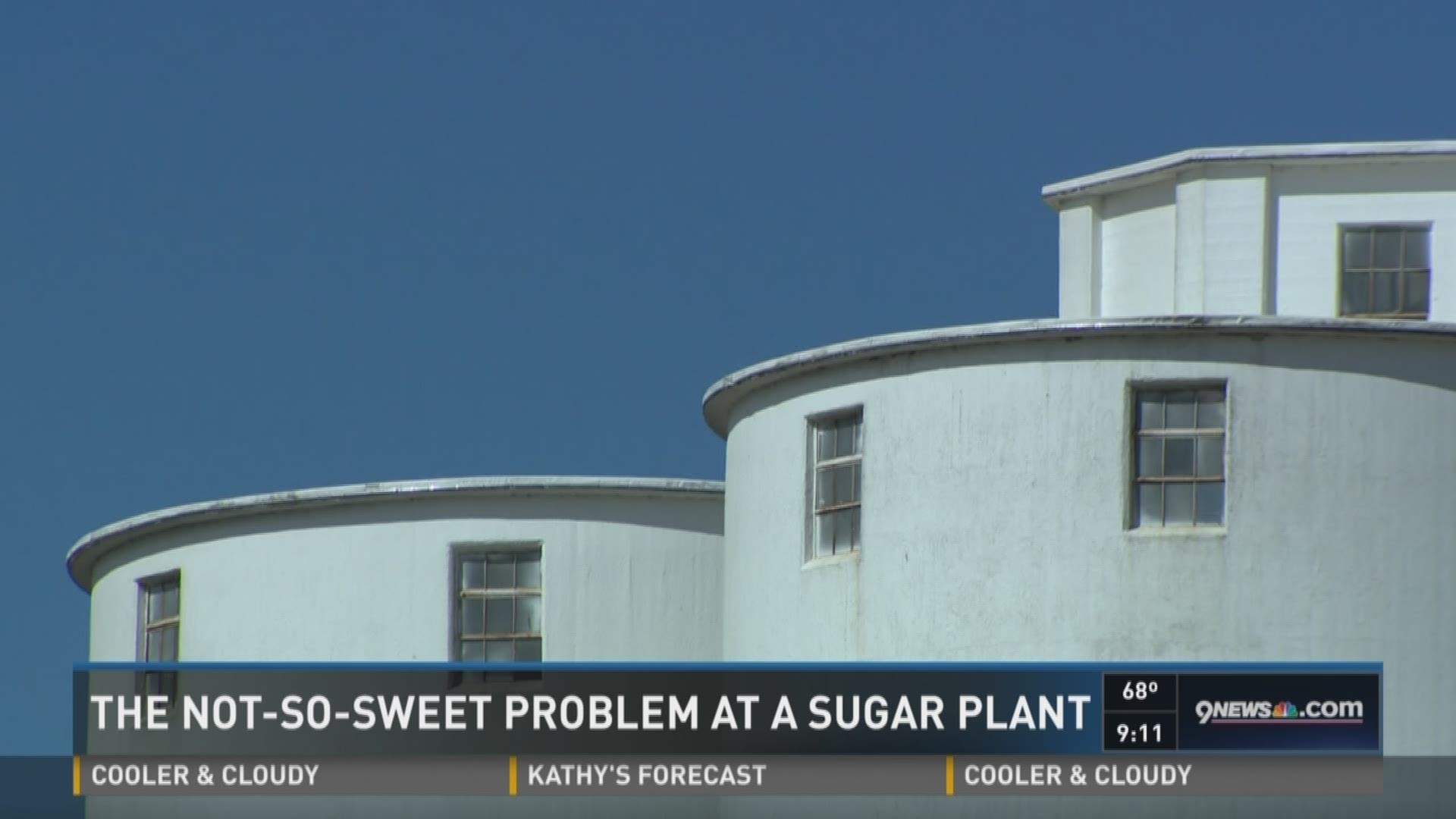 Over the past hundred years, the city of Fort Morgan grew around the Western Sugar Plant and its less than pleasant odor.

But it's the last year that has been a real struggle.

To some, the stench has become unbearable. The company isn't denying there is a problem.

We can’t bring you smells on the internet, so here's the next best thing -- descriptions so detailed, you can imagine it for yourself.

"Sometimes, it kind of smells like a dog fart," one resident told 9NEWS. "A lot of times it will smell like dog poop," another said.

For months, Brenton Kinnison has been trying to figure out what's going on at the Western Sugar Plant.

"It would be really nice to go outside and not have to plug your nose," Kinnison said.

The Morgan County Commissioners OK'd expanding the plant last year, hoping the improvements would help concerns like noise and odor.

County and city officials agree the smell hasn't gone away. Western Sugar even admitted to production problems after the expansion causing more sugar to flow into outdoor ponds.

When it mixes with mud, it lets off that less than pleasant odor.

Western Sugar also said the hotter than usual fall, winter and spring caused the sugar beets (that are stored outside) to degrade faster. So when the beets were processed, more sugar ended up leaving the plant with the discharge water and into the ponds.

Plus, warmer temperatures are never good news for an already smelly pond.

The National Weather Service says on average, temperatures have been above normal since October.

"The city gets complaints fairly often. Some phone calls here, at the police department, city manager's office just about the smell," said John Brennan, the city of Fort Morgan spokesman and clerk.

After spending millions on expansion, the company has now spent more than $100,000 on aeration systems, new deodorizers and a system to evaporate the pond water faster.

When that didn't help, the company invested in another deodorizer, a cooling tower and filtration process to try and rectify the situation.

Here's a statement on behalf of the Western Sugar CEO Rodney Perry.

"Our managers and employees live in and are a part of the Fort Morgan community and have been for over 100 years. So we understand the community's frustrations with the heightened odor from our ponds in recent months. It is not acceptable to us either. This issue is a result of an extraordinary period of time for our facility. We do not expect to repeat these issues during our next production season or the many to come. Over the last several months we had tried many things to reduce the odor issue, but did not see the progress we had hoped for. Thus, on Monday we installed a new deodorizing technology system and are in the process of installing a cooling tower to help reduce the amount of water we are adding to our ponds. We expect to see the issue greatly improve. We appreciate the community's patience as we work through these issues."

Brennan says the the sugar plant is one of the reasons the city was founded in its location.

The plant has been around longer than city hall. The smell predates Kinnison, who respects Western Sugar and wants it to do well.

"I would be more than happy if it just went back to the way it was," Kinnison said.

Western Sugar has been producing longer this year to make up for lost sugar.

It's hoping the remaining pond water evaporates by September. It's also working on a long-term plan to make sure this doesn't happen again.