2 found shot in crashed vehicle looked at as murder-suicide

A man and woman were found dead with gunshot wounds in a crashed vehicle in Centennial Monday, according to the Arapahoe County Sheriff's Office. 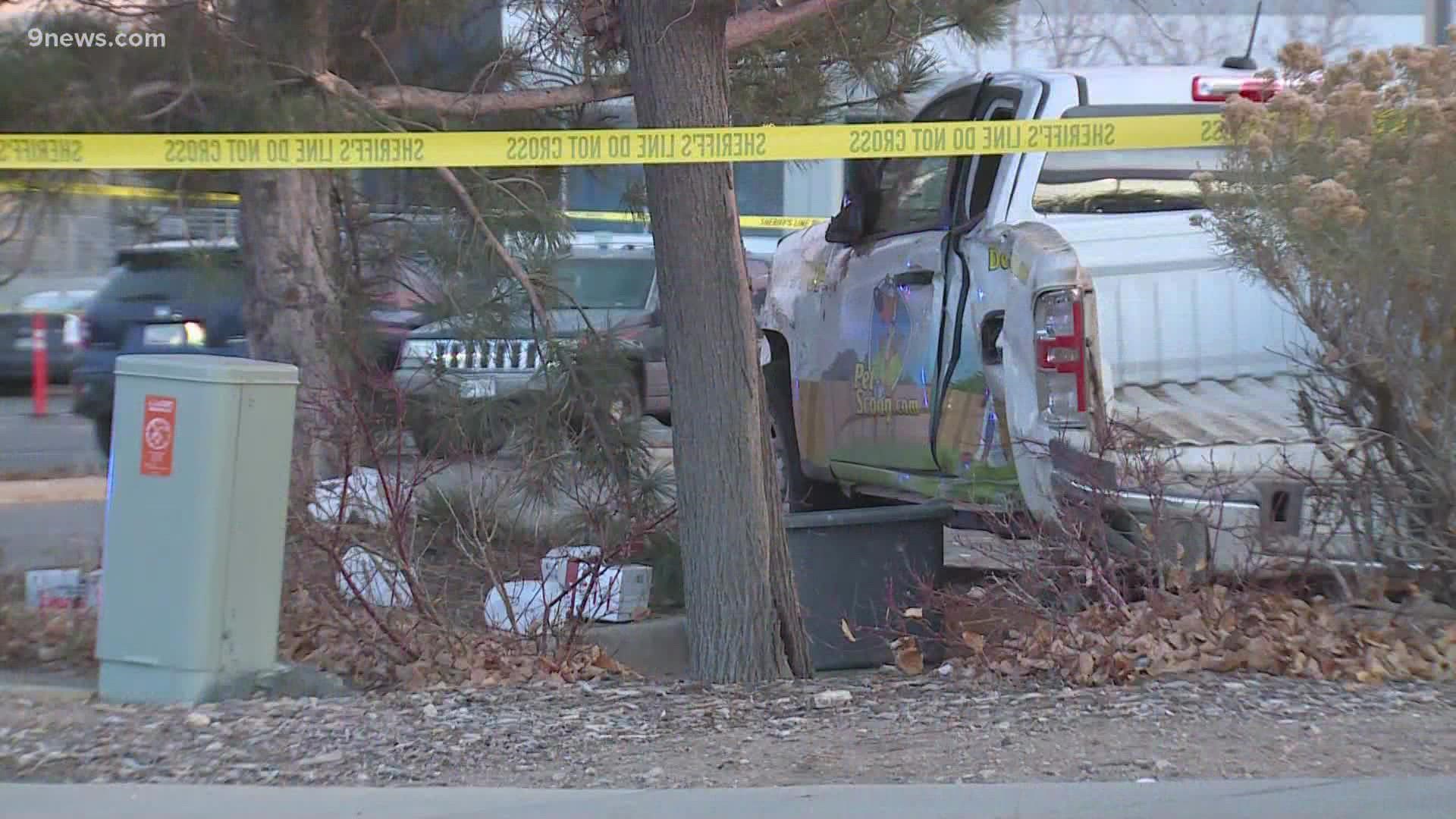 CENTENNIAL, Colo. — The Arapahoe County Sheriff's Office (ACSO) is investigating the deaths of two people found shot to death in a crashed vehicle as a murder-suicide, 9Wants to Know has learned.

The sheriff's office said around 3:30 p.m. on Nov. 15, they got several 911 calls about a crash on Geddes Avenue between Iola Street and Joliet Street. That's in the area of Interstate 25 and Dry Creek Road.

When deputies arrived, they found a man and woman dead inside a crashed vehicle, according to the sheriff's office. Both people had gunshot wounds, deputies said.

On Nov. 17, the woman was identified by the coroner's office as 46-year-old Tricia Sue Westfall. Her death was ruled a homicide.

Earlier, the sheriff's office said it was possible shots were fired while the vehicle was in motion.

Deputies said the vehicle jumped a curb and crashed into a parked pickup truck.

The sheriff's office said while their investigation is ongoing, they believe this was an isolated incident.

Deputies said they are looking at surveillance video from commercial buildings in the area to determine what happened. They are asking anyone with information that may help the investigation to call the ACSO.

Anyone with information can also call Crime Stoppers at 720-913-7867 or visit metrodenvercrimestoppers.com. Tipsters can remain anonymous and may be eligible for a reward of up to $2,000.