Fourth of July dog attack may prevent boy from having kids

Fourth of July was anything but a celebration for one Colorado family. The holiday took a surprising turn when a dog bit a 10-year-old boy. 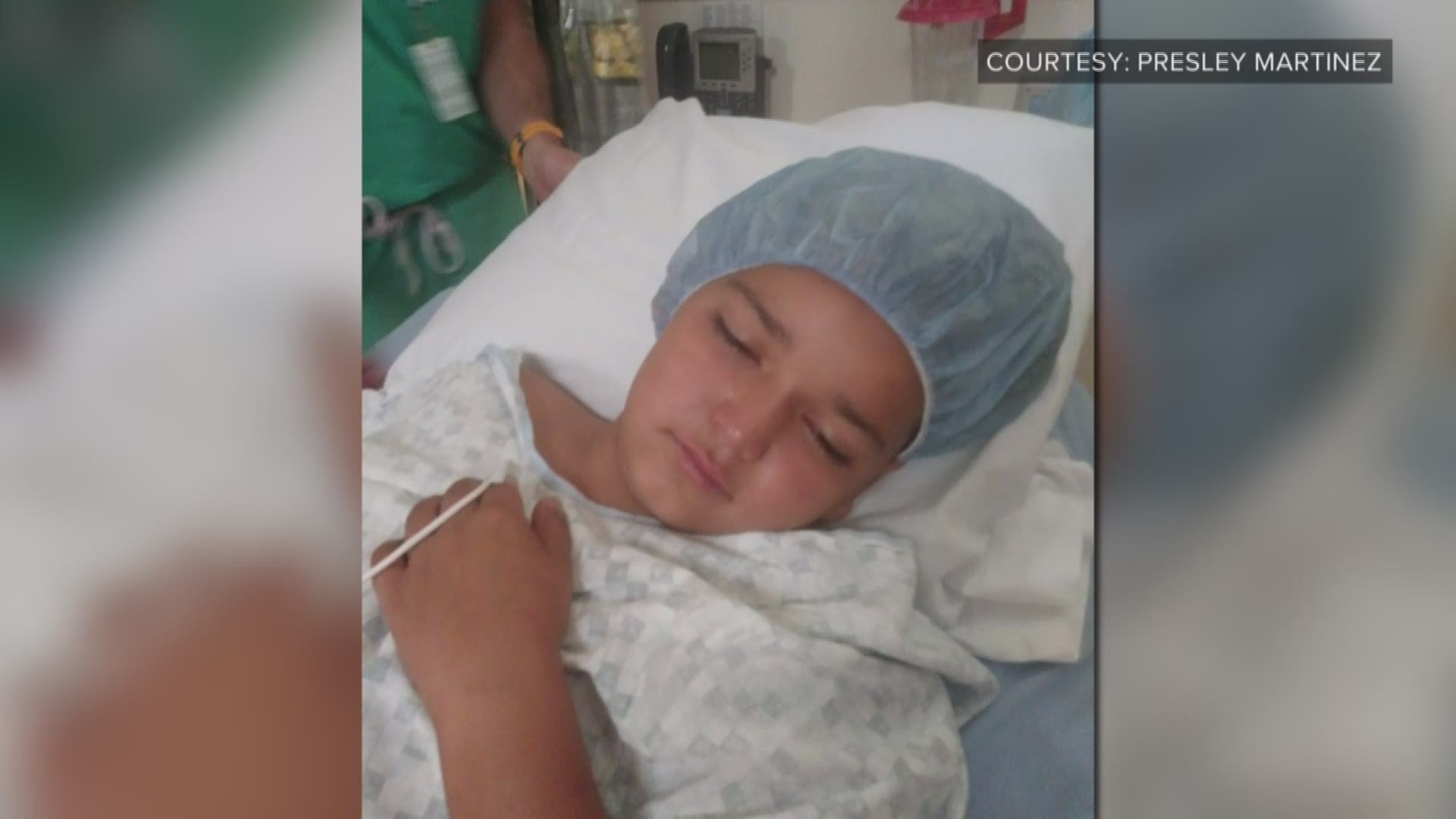 DENVER - A family barbecue in Denver turned violent on Wednesday when a dog attacked a ten-year-old boy.

The boy, Armani, was searching for a soda when the dog made it’s move.

“All of a sudden, Armani opened the cooler, turned around and said, ‘I found one!’” said his mother, Presley Martinez. “The dog broke off the chain, jumped the fence and took off after Armani.”

Denver Police could not provide a police report citing an ongoing investigation, but Presley says the dog latched on to her son's crotch. Her husband then hit and kicked the dog until it let go. They rushed to the hospital and Armani immediately went into emergency surgery.

“He was only born with one [testicle]. The one he has now. It’s the only one he had left. I find out in a week if he’ll ever be able to have kids. We don’t know,” said Presley.

The dog is now in quarantine at the Denver Animal Shelter. Presley, a self-proclaimed dog lover, regrettably wants the dog to be put down. But she doesn’t place all the blame on the animal.

“Every time it would bark and get aggressive, the owner of the dog would come over and hit him or kick him,” she said. “The dog wouldn’t be that mean if the owner didn’t treat it so badly.”

She says they asked the dog’s owner to put it inside when they arrived because they saw it acting “aggressively.” But she says the owner refused, leading to two days in the ICU and a mountain of medical bills.

Her biggest struggle right now is watching her son push through pain. He’s home now, wobbling around the house, hoping for a positive outcome once the initial wound starts to heal.

“My son is ten. He should be able to go outside and play with the rest of the kids. He can’t play. He can’t go swimming for six more weeks. His summer is over. My son has a catheter and a drainage bag because of the ignorance of somebody else.”

It’s not clear what will happen to the mixed-breed dog.

The family has set up a GoFundMe page here.