Detective Curt Holland, 37, had served the department for four years and four months, the last six months. He leaves behind a wife and two young children. 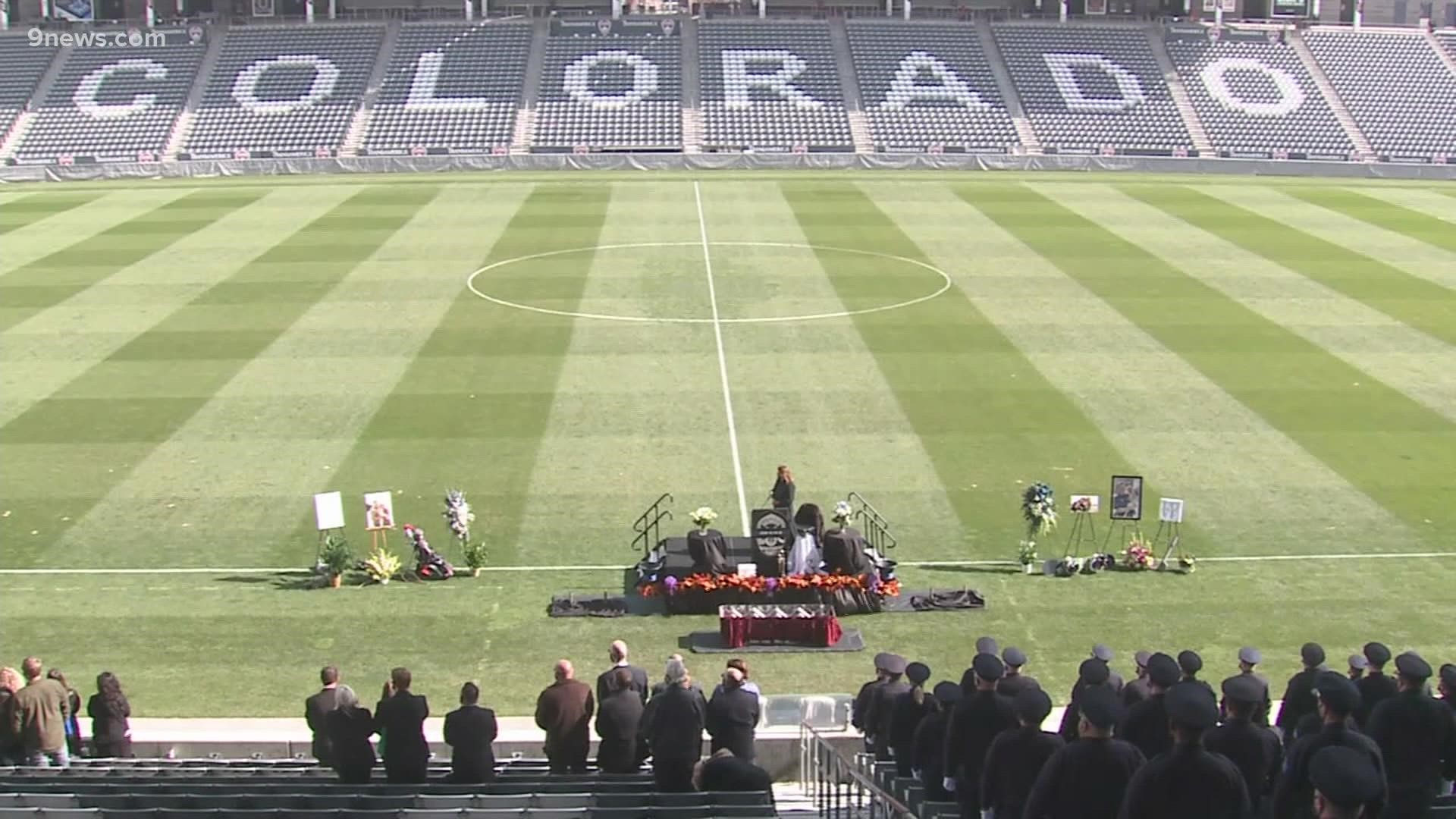 Curt Holland, 37, had served the department for four years and four months, the last six months as a detective. He leaves behind a wife and two young children.

A motorcade of CCPD officers escorted Holland at 11 a.m. from Arvada to Dick's Sporting Goods Park in Commerce City, where the funeral was held.

Governor Jared Polis ordered flags to be lowered to half staff on all public buildings statewide on Saturday in honor of Detective Holland.

According to a release from Colorado State Patrol (CSP), troopers responded to investigate a fatal crash in the area of Highway 2 and Turnberry Parkway at around 6:20 p.m.

The driver of the Kia, Francesca Dominguez, also died from injuries suffered during the crash.