A fifth juror has been seated, and Chauvin's lawyer confirmed that the three former officers also charged in George Floyd's death will not testify against him. 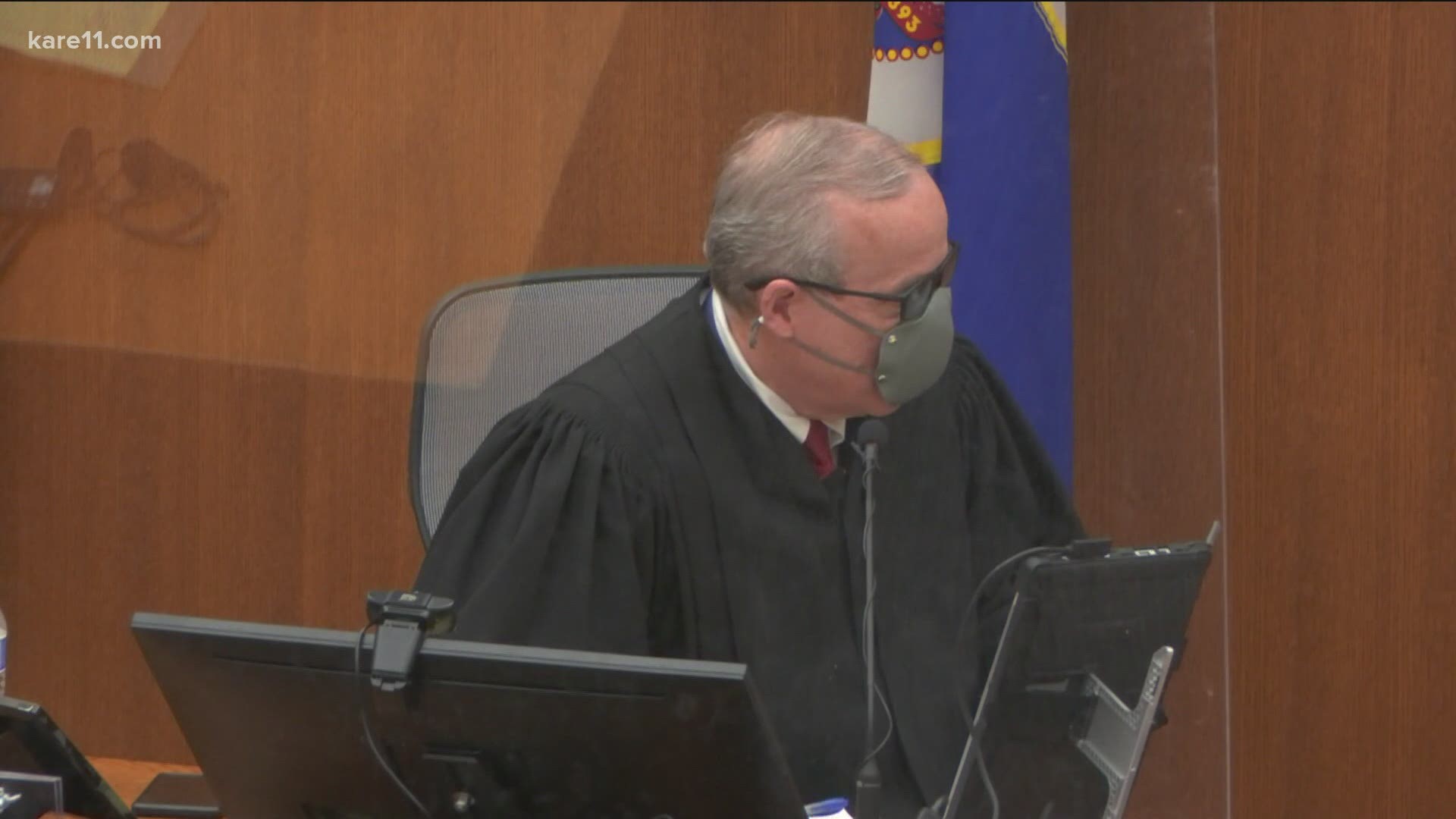 The judge in the Derek Chauvin murder trial will address the pending issue of a potential third-degree murder charge Thursday morning, after the state Supreme Court denied review of the matter on Wednesday.

That decision from the state's highest court came down Wednesday afternoon, near the end of the second full day of jury selection in the case. Chauvin is already charged with second-degree murder and second-degree manslaughter in the death of George Floyd. Judge Peter Cahill dismissed a third-degree murder charge, but the state court of appeals has ruled that he needs to reconsider that decision.

If he does not add the charge on Thursday morning, the prosecution could appeal, causing more delays.

Another major development that came out of Wednesday's proceedings is that Chauvin's attorney Eric Nelson revealed in court that he has spoken with attorneys for the three other former officers charged in George Floyd's death, and none of them will be testifying against his client.

Meanwhile in jury selection, the legal teams agreed to seat three jurors in the high-profile case Tuesday, and two additional jurors Wednesday. That means five of the 14 jurors needed - 12 and two alternates - have been chosen. Nine more need to be selected in the coming days.

Video from Wednesday's morning session of jury selection is below:

The Minnesota Supreme Court announced it would not hear an appeal from Derek Chauvin's attorney with regard to adding a third-degree murder charge. The denial means it's up to Judge Peter Cahill whether he will add third-degree murder and continue with the trial. Judge Cahill said he will take up the issue during 8 a.m. motions Thursday.

BREAKING: The MN Supreme Court is not taking up the issue in the Chauvin case that concerns 3rd Degree Murder.

That means it's up to Judge Cahill now, whether he adds 3rd Degree Murder and carries on with the trial.

The prosecution used a strike to excuse Juror #29. Juror #29 is described by the pool court reporter as a white woman in her 30s. She said she is a practicing attorney but added she does not practice criminal law. She said she has a neutral view of both the Black Lives Matter and Blue Lives Matter movements.

Derek Chauvin's attorney Eric Nelson used his fourth strike to excuse Juror #28. Juror #28 works in real estate and said he had a negative impression of Chauvin. When asked by Nelson about putting bias aside, Juror #28 said he won't forget his impressions, but said he could set them aside if he's selected to the jury. He said his daughter participated in demonstrations and said that he and his family members have advocated for police reform.

Juror #27 becomes the fifth juror seated. Described by the pool court reporter as a Black man in his 30s or 40s and works in IT. He said in court that he discussed Floyd's death with his wife. "We talked how it could have been me, or anyone else," he said. Juror #27 said in his questionnaire that he supports Black Lives Matter, believes Black lives are marginalized, and would like to serve as a juror in the case. When asked about defunding the police, Juror #27 said he strongly opposes.

Court recessed for lunch just before 12:30 p.m. No additional jurors have been seated since juror #20 during the morning session.

Juror #26 was struck by the defense. He told the could he had seen the video of George Floyd's death a few times "on the news" and commented that unrest in the Twin Cities had both a negative and positive effect on the community. In his questionnaire, he said he "started to relate to the event."

Questioning began for juror #27 before lunch, described by the court pool reporter as a Black male. He told the court he came to the United States 14 years ago, and has lived in Minnesota since 2012. His questioning will continue after a lunch break.

A fourth juror has been seated as of 10 a.m. Wednesday. Juror #20 is a younger man who said he has a very favorable view of Black Lives Matter, but also said he would be more likely to believe the word of a law enforcement officer over a casual bystander.

Juror #20 is also scheduled to be married May 1, and both attorneys and Judge Peter Cahill asked him how much of a hardship rescheduling the wedding would be.

"(We) have something beautiful planned but it's in your guy's hands," juror #20 replied.

Jury #20 is seated on this jury. He is the fourth to pass through. They need 10 more.

Cahill: "And we will do our best to get you to your wedding."

Court proceedings opened Wednesday with a motions hearing, as will be the practice throughout the trial. Derek Chauvin's attorney Eric Nelson revealed that he has confirmed with the attorneys of the three other former officers charged in the case that they will not testify in Chauvin's trial. The move is not entirely surprising, since Tou Thao, J Alexander Kueng and Thomas Lane have a 5th Amendment right not to self-incriminate, but this confirms there will not be a "surprise scenario" in which the former officers testify against Chauvin in his trial.

Going back to the other three former officers once again.

I confirmed for certain that the attorneys for ALL THREE, Lane, Thao and Kueng, will not let them testify in Chauvin's trial.

That eliminates the scenario of one of them turning against him in Chauvin's trial.

KARE 11's Lou Raguse reports that other motions Wednesday addressed what kind of testimony certain witnesses can give. Judge Peter Cahill ruled that Donald Williams, one of the most vocal people in the group that watched the death of George Floyd, can testify about his mixed-martial arts training and experience.

Williams told investigators he has knowledge of "blood chokes," which he believed was happening to George Floyd when Chauvin's knee was on his neck. Williams also believes Chauvin used a move called a "shimmy," rocking back and forth to secure the "blood choke."

Judge Cahill ruled that Williams cannot give medical-related opinions about what led to Floyd's death.

The three jurors selected Tuesday are referred to by the judge and attorneys using their juror number instead of their names to protect their identity. Juror #2 and Juror #19 are white men, and Juror #9 is a woman of color from northern Minnesota.

On Tuesday, three jurors were questioned and dismissed, while others were struck due to responses on a pre-trial questionnaire, including some who said they wouldn't be able to set aside their strong views about the case. A total of 14 people will be selected for the jury. Normally a trial would have 16 jurors, 12 people to sit on the jury and four alternates, but the number of alternates has been reduced due to COVID and social distancing concerns.

During questioning of potential jurors, attorneys are able to use peremptory challenges to excuse those they don't want, but they have to have a reason other than the person's race. The opposing council can raise a Batson Challenge if they believe there is not a valid race-neutral reason to dismiss the potential juror.

These jurors have already filled out a questionnaire related to the case. On Monday, the prosecution and defense mutually agreed to dismiss 16 people before anyone was questioned in person.

Judge Peter Cahill, who is presiding over the case, gave some instructions before the in-person questioning began on Tuesday morning, including warning people that they should not post about the trial or about being a potential juror on social media.

RELATED: Opinion: Why are jury trials still a thing in the US? 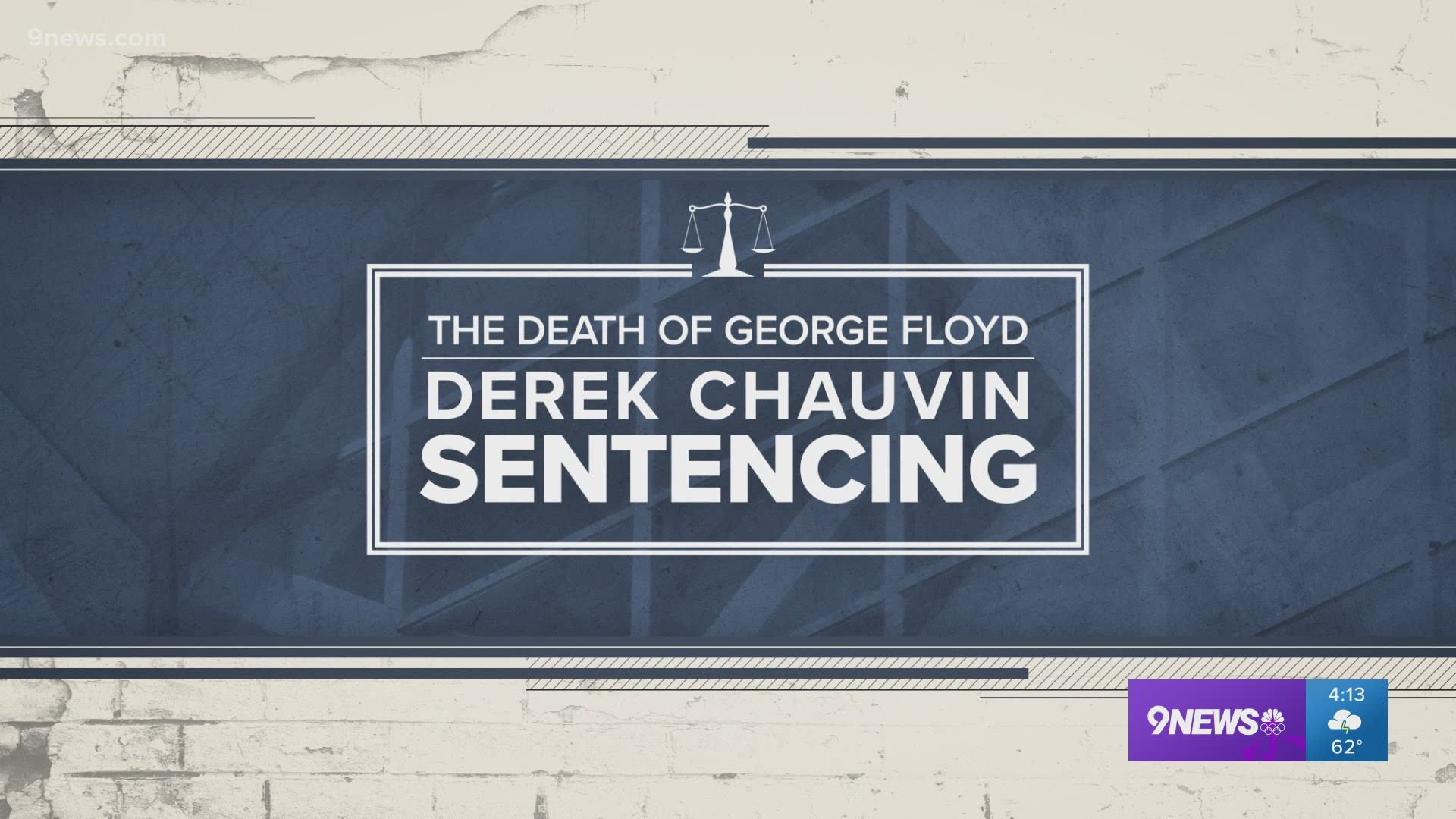