Leaders at Shiloh International Ministries and other churches in the area are offering safe spaces where people can come and discuss matters during the trial. 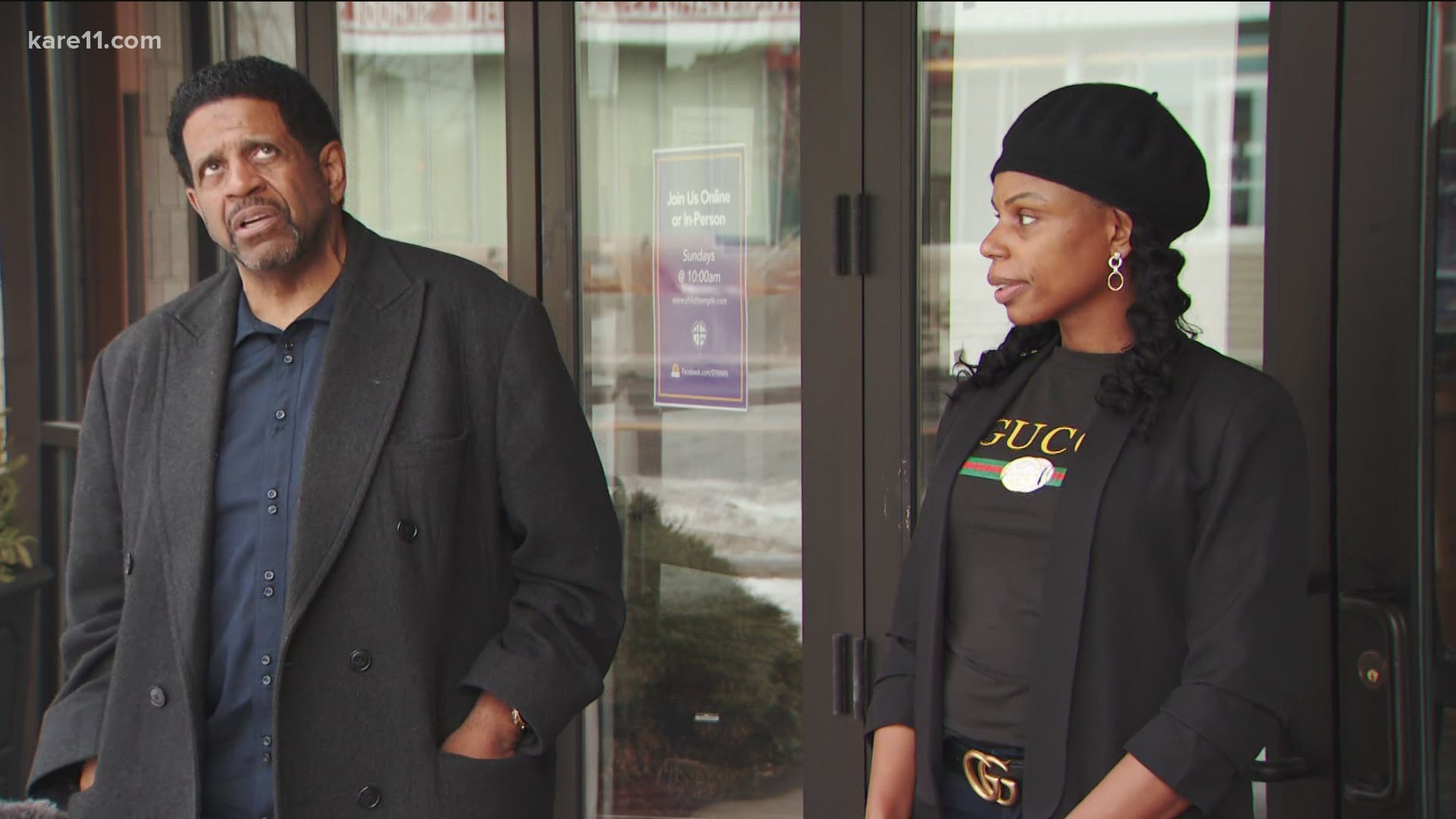 MINNEAPOLIS — Boarded up businesses and charred remains of buildings along West Broadway Street in North Minneapolis serve as a reminder of the wounds left behind on this community in the wake of George Floyd's death.

"There was such a liberty of looting, destroying, burning buildings and we're still paying the price for that right now," said Bishop Richard D. Howell, Jr., a pastor at Shiloh International Ministries.

That price could soon present itself with even more destruction as this community braces for the trial of former Minneapolis police officer Derek Chauvin, who's accused of killing Floyd.

"It's the 'what if's' right now, like what if they don't convict him, what if they do?" said Jalila Brown who also works with Shiloh International Ministries. "And because of that you got a lot of people that's going to have misplaced anger right and that's where the looting and everything came from."

So many questions and concerns leaders on the northside need answers to-- which is why they're seeking guidance on how to protect their neighborhood this time around.

"The northside is a rich community and we have every right to sustain our corners and our businesses in this community," Howell said.

Leaders at Shiloh International Ministries are partnering with other churches in the area to offer safe spaces where people can come and pray and discuss matters during the trial so buildings don't have to burn and the well-being of those in this community can be preserved.

"You've got to have spaces like a Shiloh and different churches in different community organizations open their doors and deal with the mental health that has came behind the killing of George Floyd," Brown said.

While leaders at the local level say they have been very intentional in their plans to keep the entire city safe, those on the northside see it as a shared responsibility.

"This time the entire community will be ready together and I think the last time that was missing," Brown said. "Ultimately the safety of the city falls on all of us."