The former owners said the saloon's ceiling was autographed by Walt Disney, JFK and John Denver. 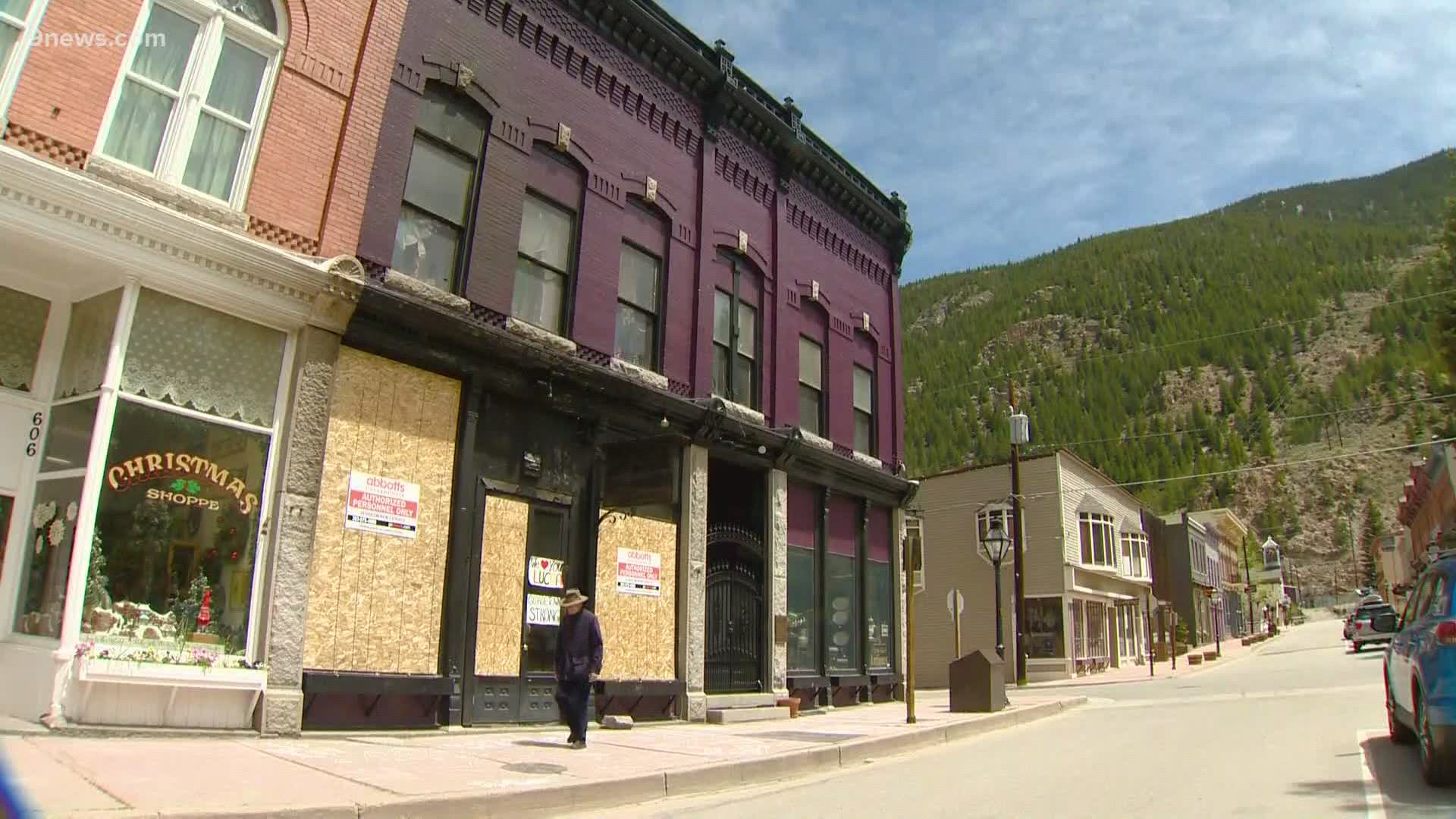 GEORGETOWN, Colo. — Early Friday morning in downtown Georgetown, the location that once held the Red Ram Restaurant and Saloon burned in a fire.

Built in 1889, the restaurant was on the ground floor of the historic Fish Block building.

"Pretty much devastated, I mean our kids grew up there, a lot of great friends," said Dave Bauer, the restaurant's former owner.

Dave and Mary Bauer purchased the establishment in the mid-1990s.

Around 3:30 Friday morning, Clear Creek Fire Authority Chief Kelly Babeon said flames started in the basement and burned through the interior. At this time, he said the cause does not seem suspicious.

The new owners changed the name to Lucha Cantina at the Red Ram, but the Bauers said the history of the location will never change.

He said it was a stop for the people discovering an emerging fad in the 1950s and '60s called skiing. The Bauers said that the ceiling was autographed by rich and famous patrons.

"Walt Disney, yeah, there were all kinds of people who actually frequented the restaurant itself -- anywhere from Jimmy Buffet to the Kennedys, John Denver," Dave Bauer said.

The Georgetown community is showing its support for the current owners, but Wells said the old mountain mining town just lost something special.

"All the chairs, tables, everything was old, historic wood, all original," Wells said. "It's going to be different here in Georgetown because a lot of people come down here just to see the Ram."

Mary Bauer said the stories will never be lost.

"Playboy magazine had a feature on the Red Ram and they called it America's Number One Fun Place," Mary Bauer said. "The women would come down from Denver, put their ski garb on, but they didn't ski and they'd meet guys and so many people say they met their spouse there."

Mary Bauer said miners first started the saloon back in the 19th century before it evolved into what the Red Ram means to people today.

"The Red Ram, in general, is just an icon of Colorado that never needs to be forgotten," Mary Bauer said.

RELATED: 9 hikes where you can see fall colors in Colorado