Get a first look at proposed plan for Hughes Stadium site

The development would also include a "predominant community park," a "comprehensive trail system" and the disc golf course currently at the site. 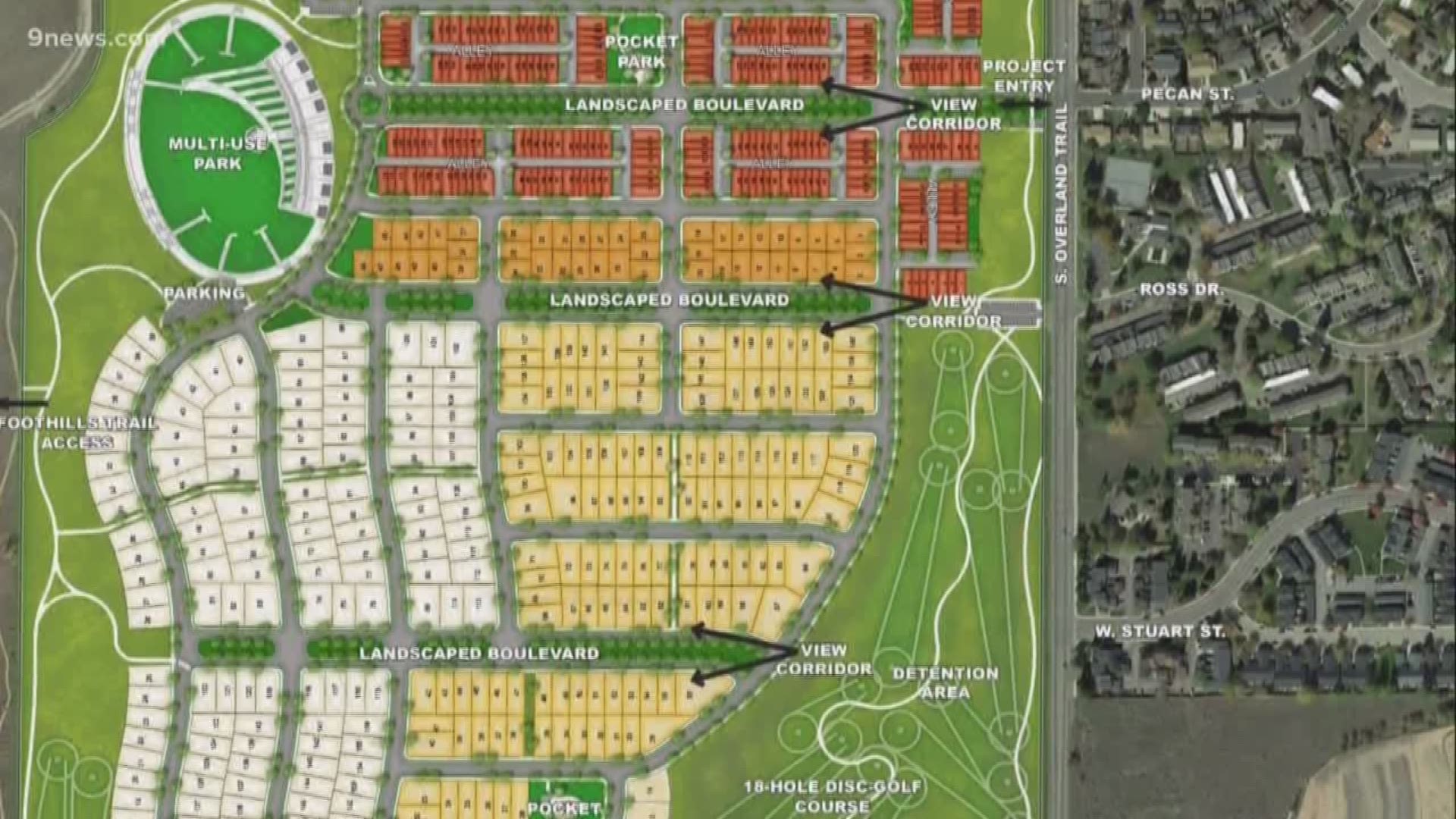 FORT COLLINS, Colo. — For the first time since the CSU Board of Governors announced Lennar Colorado LLC as the master developer of the former Hughes Stadium site earlier this year, Fort Collins residents can see the developer's initial plans for the land.

In a letter to the city for the preliminary design review, the developer outlines a plan for 600 to 700 new homes of varying types that "welcomes a broad mix of families and incomes."

Some of the homes will follow a "NextGen" design, which include an independent living unit with a separate entry to accommodate aging relatives or younger adults just "starting out" on their own.

In addition to the single-family homes, attached townhomes and smaller detached cottages are also proposed to provide further price point options, according to the developer.