The Garfield County Coroner's Office has identified Wongel Estifanos as the girl who died at the park over the weekend. 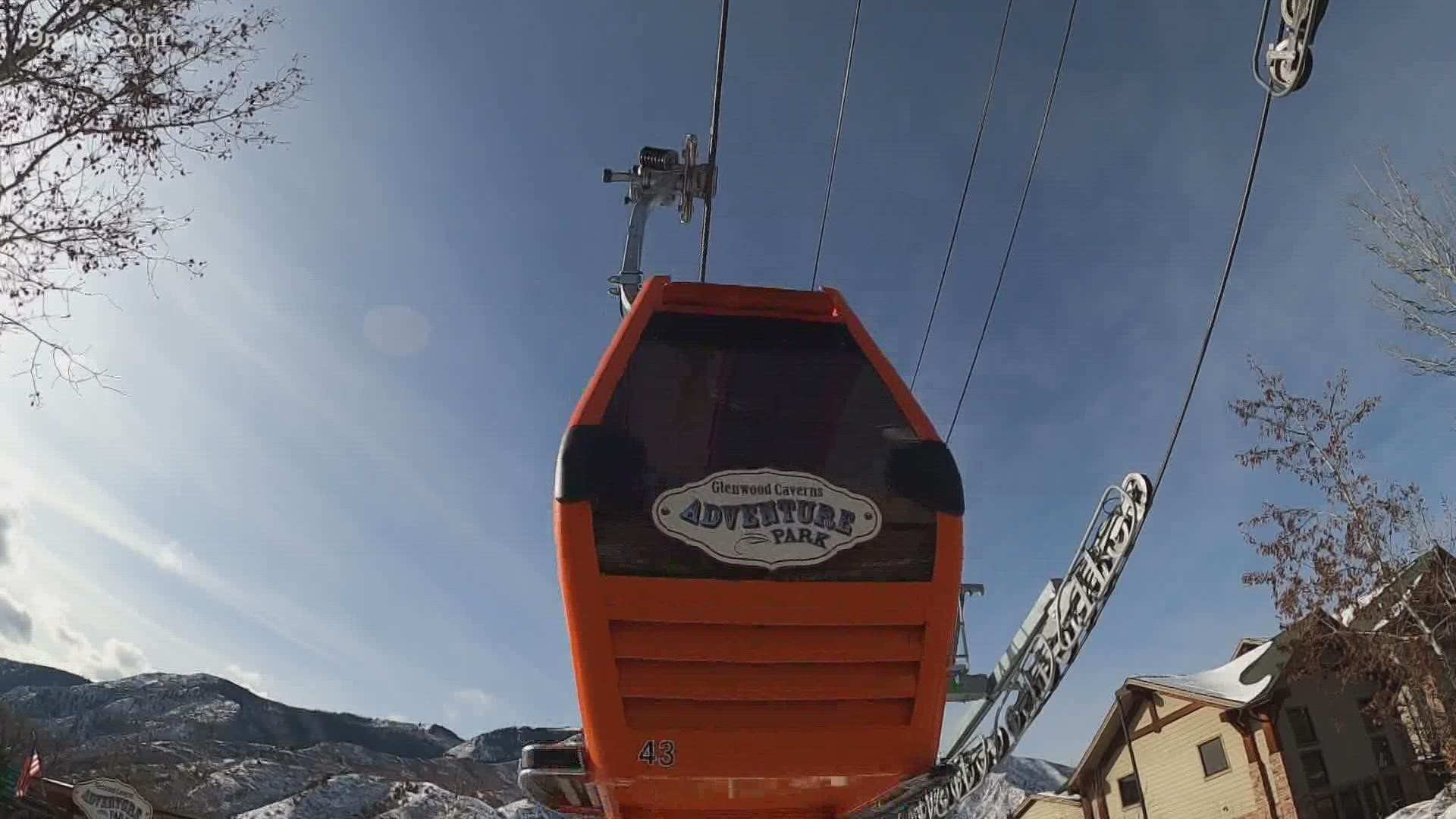 GARFIELD COUNTY, Colo. — The Garfield County Coroner's Office has identified the 6-year-old girl who died on a ride at the Glenwood Caverns Adventure Park as Wongel Estifanos.

Estifanos died on the Haunted Mine Drop ride on September 5.

"Out of respect and concern for all parties involved, we will not have further comment until all details have been confirmed," the park said in a statement. "Our thoughts and prayers go out to all involved."

The park reopened Saturday after being closed several days for the investigation. The Haunted Mine Drop ride remains closed.

The coroner's office said in a news release that park employees initiated first aid until paramedics and the Glenwood Springs Fire Department arrived and determined that Estifanos had died.

An autopsy determined that Estifanos suffered multiple blunt force injuries. The Garfield County coroner will determine the cause and manner of her death.

The coroner's office said Wongel and her family were vacationing in Glenwood Springs.

Glenwood Caverns is a mountain-top amusement park featuring cave tours, thrill rides, and kids activities. The Haunted Mine Drop ride, which opened in July 2017, plunges riders 110 feet deep into a mountain, then returns them to the main level.

Reese Ziegler, who was at the park Sunday, said she was waiting for family nearby to go on the ride next when she could tell something went wrong.

"Because her family had came out and they were very distraught over what had happened and they didn't even know what happened," she said. "They just know the ride came back up without her on it."

The Division of Oil and Public Safety, which is part of the Colorado Department of Labor and Employment, regulates amusement park rides in Colorado. They said the Haunted Mine Drop has been in compliance with all regulatory requirements, including annual third-party inspections, since it opened in 2017. The most recent third-party inspection was in June 2021.

Inspectors in the Colorado Department of Labor and Employment documents attested each time that "any deficiencies identified or noted at the time of inspection have been corrected."

There were not any details in the report on if there were any problems and what actions were done to correct them. 9Wants to Know is continuing to file additional records requests for more information.

CDLE investigators will look at the current condition of the ride, as well as observations and notes from prior safety inspections. They will also review interviews with everyone involved to figure out what happened.

The department said their investigation could take days or even weeks.

The Haunted Mine Drop was designed without shoulder harnesses. Greg Johnson, the Public Safety Program Manager at CDLE, said that, based on past inspections, the ride at Glenwood Caverns met state standards.

State regulations adopt national standards, and the manufacturer decides how to comply with the standards, such as how to withstand specific g-forces. According to Johnson, the standard may not specify the type of restraint, but it does provide the requirements the design must meet. He said an amusement park can modify the ride to exceed those standards, with additional testing and inspection to ensure the modification meets or exceeds the original requirements.

9Wants to Know has learned that amusement park deaths are rare. According to the 2001 - 2017 RidesDatabase compiled through records requests by nonprofit Saferparks, two people died in 120 Colorado amusement park accidents. Rides injured 145 other people.

According to the data, the rides usually hurt patrons by breaking their bones, cutting them or bruising them. It's unclear how many required hospitalization to heal from the injuries.

The most recent death in the database occurred in May 2005, when a 14-year-old girl at a county fair in Durango stopped breathing after being on a ride for "approximately 90 seconds." The data said the victim had a heart condition that contributed to the death.

The other death happened in May 2002. A 28-year-old man "slipped out of restraints" on a flying carpet ride and fell to his death in Denver. According to Kathy Fackler, with Saferparks, that death happened at Elitch Gardens Theme Park & Island Kingdom Water Park.

Most injuries, 31, happened on roller coasters. Thirty occurred on car and track rides. There was one 20-person incident on a train ride in Morrison. The ride derailed after it approached a curve at 12 to 17 miles per hour instead of the usual three to four.

Saferparks is no longer active, according to its website. 9Wants to Know filed open records requests on Monday with the Colorado Department of Labor and Employment and the United States Consumer Product Safety Commission for updated data. This data did not include the name of the amusement park or its location. The locations of the two other deaths are from records provided by Saferparks.

Zack Newman, investigative data producer for 9Wants to Know, contributed to this report.