155th Anniversary of Juneteenth: A Celebration of Freedom

The city of Greensboro will be holding a virtual Juneteenth celebration on Facebook Friday from 9 a.m. to 7:45 p.m. 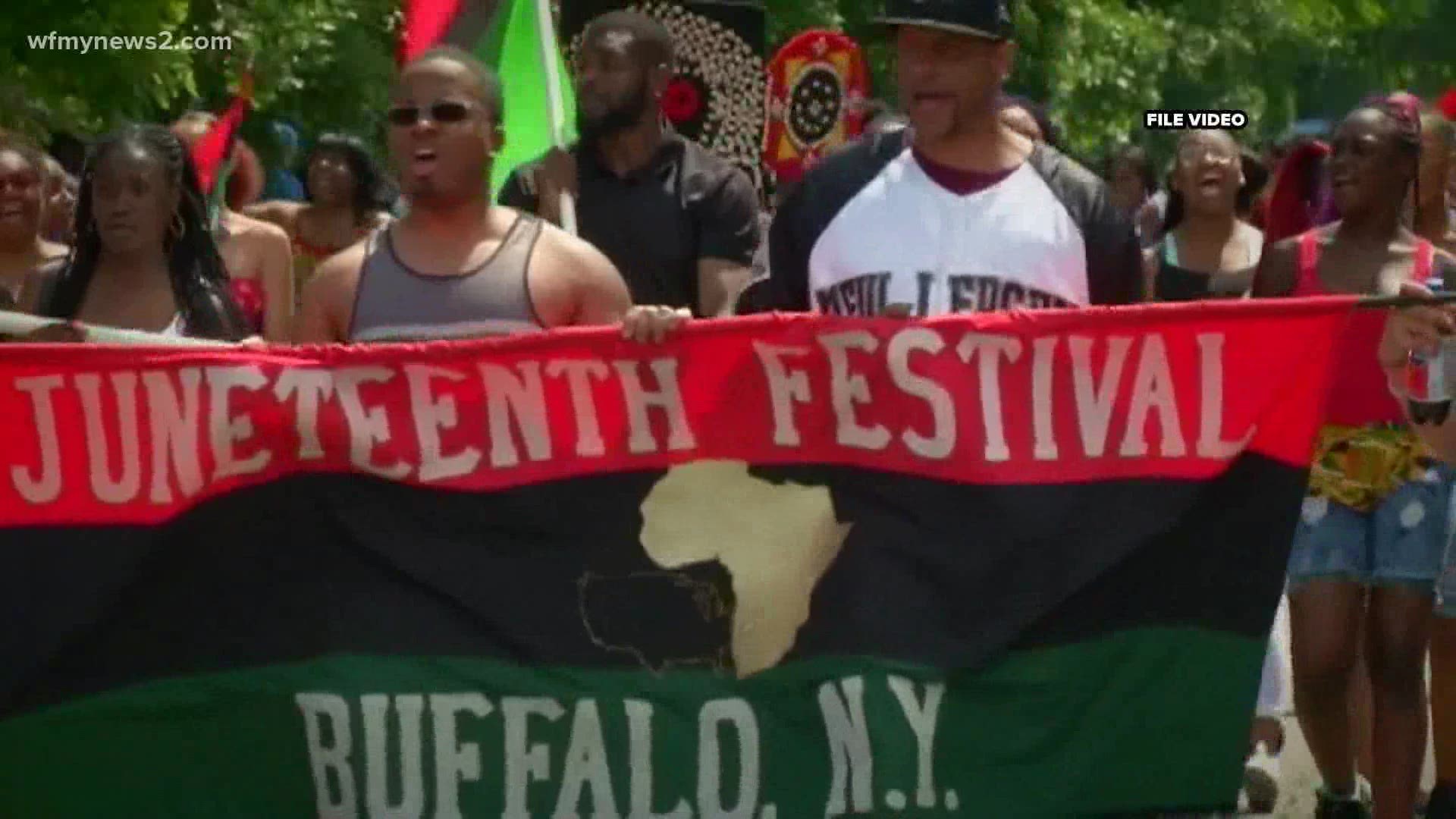 GREENSBORO, N.C. — Friday marks the 155th Anniversary of Juneteenth. It's an annual holiday commemorating the end of slavery in the United States. Even though the Black community has celebrated "Freedom Day" for years, Juneteenth remains largely unknown to most Americans.

On June 19, 1865, about 2,000 Union troops arrived in Galveston, Texas. According to the National Museum of African American History and Culture, the army announced that the more than 250,000 enslaved Black people in the state were free by executive decree. The announcement, however, came two and half years after President Abraham Lincoln's Emancipation Proclamation. The proclamation took effect January 1, 1863, ordering all enslaved individuals in all areas still in rebellion against the United States "henceforward shall be free."

RELATED: Ways to celebrate Juneteenth 2020 in the Triad

RELATED: Celebrate Juneteenth (virtually) from anywhere in the nation

The Emancipation Proclamation was limited in many ways, according to The U.S. National Archives and Records Administration. The proclamation applied only to states that had seceded from the United States, leaving slavery untouched in the loyal border states. It also expressly exempted parts of the Confederacy (the Southern secessionist states) that had already come under Northern control. Most important, the freedom it promised depended upon Union (United States) military victory. The Emancipation Proclamation did not end slavery throughout the nation. Only through the Thirteenth Amendment did emancipation end slavery throughout the United States.

Juneteenth is celebrated each year on June 19th as a reminder of America's dark history, the end of slavery, and the value of never giving up hope in uncertain times. Cities and towns across the nation will be holding Juneteenth celebrations amid the coronavirus pandemic and ongoing protests over police violence in the Black community.

RELATED: Why is there a push to make Juneteenth a national holiday?

RELATED: What is Juneteenth? Marking the end of slavery in America

The city of Greensboro will be holding a virtual Juneteenth celebration Friday from 9 a.m. to 7:45 p.m. The virtual event will be available to the public on Facebook and Zoom. The event will include a panel discussion and conversations about bringing African American history to life. The event will also include educational entertainment, such as book readings, songs, poetry, dance, cooking segments, games,  and more.