Students get to watch 'Game of Thrones' for class 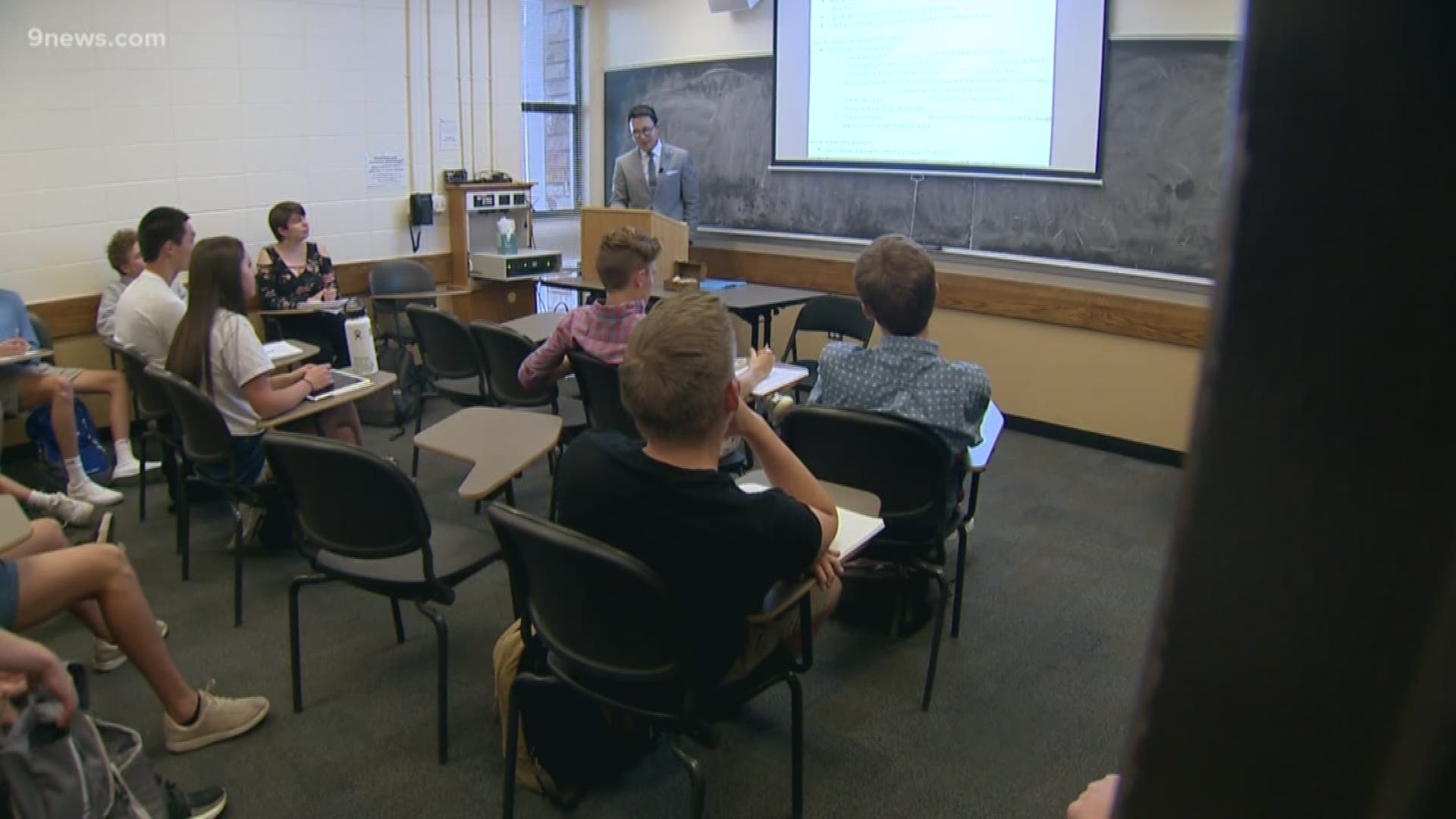 BOULDER, Colo — Offices of college professors are typically littered with books and degrees.

Dr. Adrian Shin, a political science professor at the University of Colorado-Boulder, certainly has those in his office — but that's not the thing that catches most visitors' attention.

“I have all the seals of the great houses of Westeros,” said the professor as he picked up a couple seals. “So this is House Arryn and House Tyrell.”

Shin is a major "Game of Thrones" fan. He uses political themes in the show to teach students about abstract political science concepts in his class.

He’s been to several locations in Europe where the show was filmed, and once got to sit on the Iron Throne itself.

Shin said he started watching "Game of Thrones" to escape from work and daily life. But one day he said he realized the political themes in the show could be useful in his work as a political science professor.

“A lot of political science concepts are simple but abstract," Shin said. "In order to help students understand those concepts, we have to get into a lot of history."

"The problem is that not all students have sufficient background in European history or history in other parts of the world," he added.

Rather than spend valuable class time on world history, Shin said he decided to use "Game of Thrones" as a reference point.

“What’s really nice about 'Game of Thrones' is that we can learn abstract political science concepts and theories and apply right away to the political substance of [the show]," he said.

The fall 2019 semester is the first time he’s teaching the freshman political science class: Game of Thrones and the Logic of Political Survival. Shin assigns students episodes of the show to watch. He pairs the show with text book readings on political science concepts.

“I think it’s really interesting,” said freshman Cole Kraft. “It got me interested. I probably wouldn’t have taken a political science class otherwise.”

“I think it’s a really cool way to learn, and it gives you an automatic example of something you’re interested in and how that translates,” added freshman Sarah Rosenbloum.

While the show is based in fantasy, it often echoes actual political history.

“In real politics, good does not always win over evil,” Shin said.

Rosenbloum said she sees the similarities as well.

“It’s kind of crazy because in the readings it gives a lot of examples like a lot of real-life examples,” she said. “Like in many countries, there’s people who do the same things as Cersei and people like that in the show.”

Shin said he is happy to combine a show he enjoys with his work in the classroom, but he’s mostly excited to see results.

“The foremost importance of that is to promote student learning,” he said.