Denver's airport and the contractor handling construction there went back-and-forth Monday, exchanging allegations about who's to blame for delays. 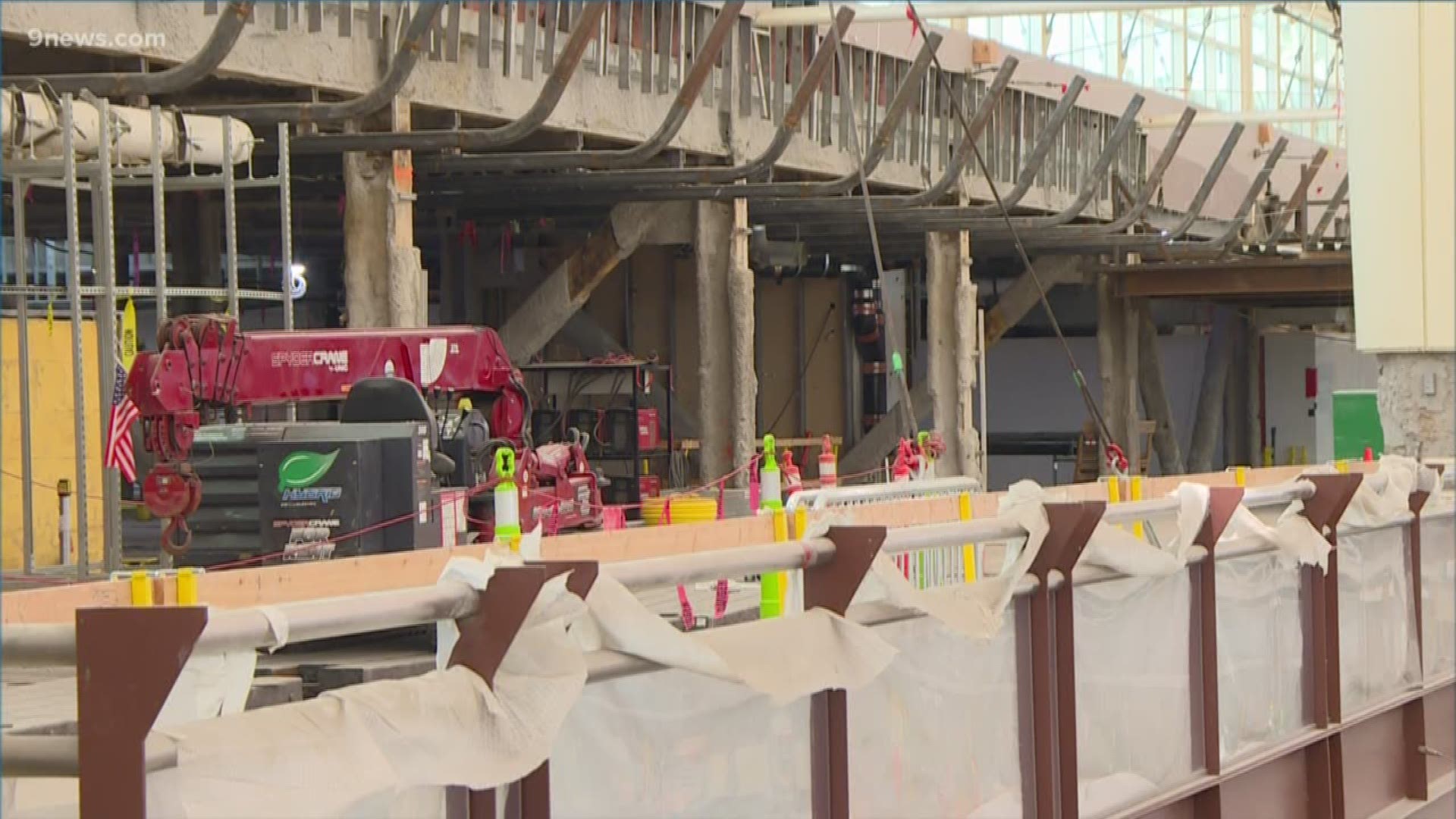 DENVER — The developer contracted to handle Denver International Airport’s Great Hall renovation claims the criticism of them distracts from “serious matters” that are getting in the way of the project.

In a document posted Monday evening, Denver Great Hall LLC slammed the airport’s assertions about shoddy, late work, which were made in letters from DIA to the developer that went public last week.

According to the developer, however, delays and additional costs were caused by the airport’s changes to the plans, as well as the quality of the concrete in the airport.

“The Developer views the timing and false accusations contained in the letters sent by the Owner as nothing more than an attempt by the Owner to distract the Developer’s time and resources (as well as the public’s attention) away from the existence and consequences of the serious matters which have been raised by the Developer for several months and which are severely impeding the progress of the Project,” Great Hall Partners wrote.

The airport has threatened to cancel the contract between both groups because of alleged breaches of the agreement, but Great Hall Partners wrote that DIA's claims were made in "baseless, inappropriate letters." The company included its own, partially-redacted side of the correspondence in the document.

In one of its letters, Great Hall Partners responded to an allegation from the airport about an escalator fire. The airport claimed the developer caused a fire that shut down the escalators, but that’s not so, according to the contractors. They said the escalator fire on June 20 “was caused in part by the Owner’s own lack of maintenance and allowing grease to build up on the equipment.”

Great Hall Partners said it was not in their scope of work to fix that issue, and they met with airport representatives to discuss that on July 10. Repairs were made by July 17, according to the developer, after working out the details with the other contractor the airport uses to maintain escalators.

DIA also took issue with temporary walls left in place, alleging its purposefully disrupting airport activity, and said airlines haven't been able to use some of their baggage claim carousels. Great Hall Partners disagreed with the characterizations of both issues. They say baggage claims areas are in use now, and walls haven’t come down because of a disagreement over whether work in those areas is finished. Once the airport reclaims that part of the property and the work is signed off on, they can remove the walls. Great Halls Partners said they are waiting on the airport to set that in motion.

"The only reason the temporary walls have not been removed is because of the Owner's admitted subjectively [non-compliance report]," the developer wrote.

"GHB [Great Hall Builders] urges the Owner to review that Claim closely, as it is abundantly clear that the Owner's behavior with respect to the terrazzo has only made any interference worse."

Regarding all these allegations, Great Hall Partners threw the blame back at the airport.

“GHB struggles to understand how the Owner can take the position that interference has not been minimized when the Owner micromanages GHB’s work to such a degree. If GHB has interfered in Airport Activities, then the owner itself is responsible for interfering with its own airport. That is the level of control the Owner exercises over GHB’s work,” their letter states.

The developer and DIA have exchanged allegations about who's really to blame for delays.