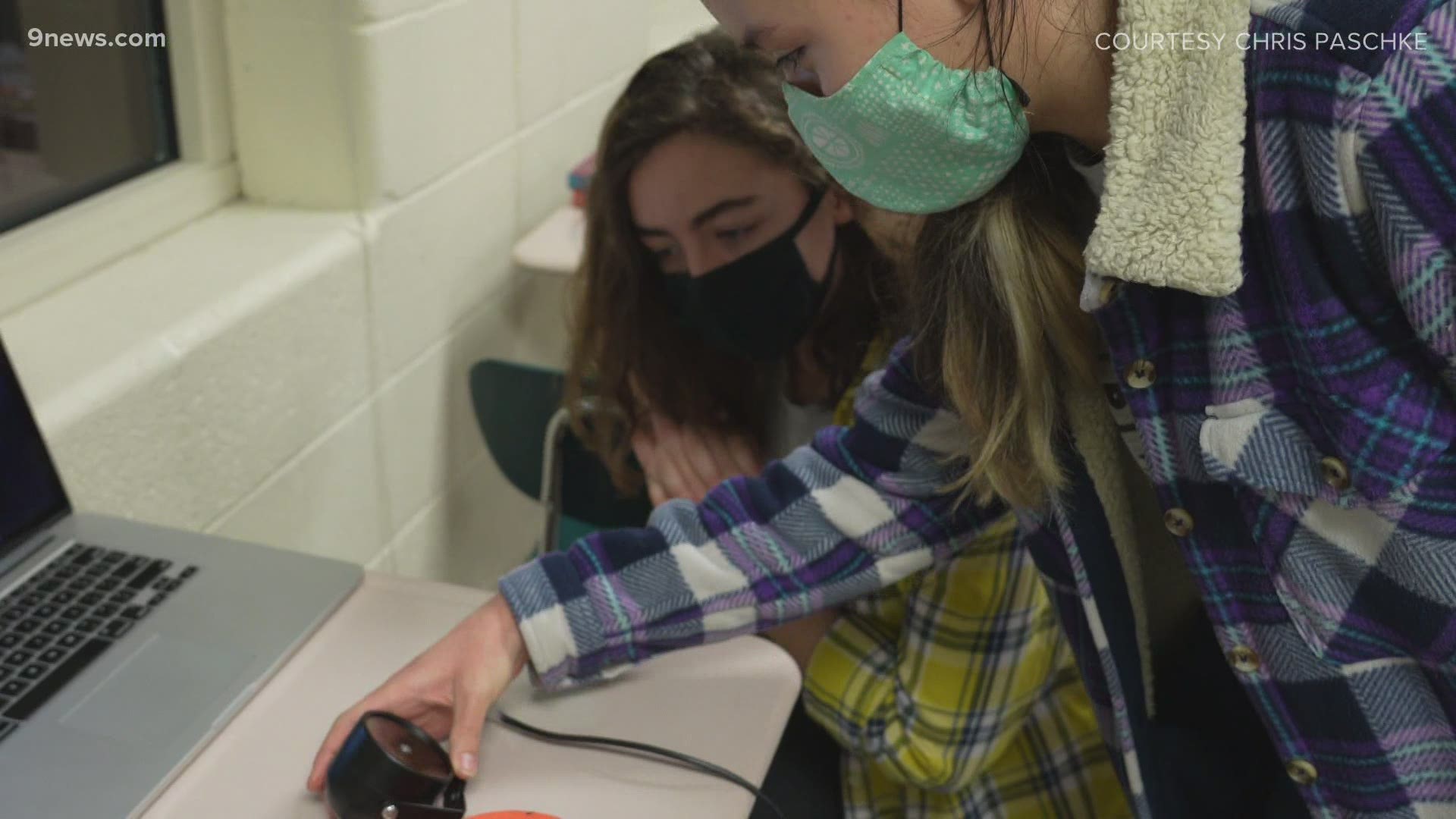 "About three weeks ago, we were taking a writing test, so everyone was super quiet and all of a sudden we heard all this screeching," Seaseoy Bender said.

She said they all saw something head-turning.

A Great Horned Owl took over the nest and kicked out the magpies, Seasouy Bender said. It sits just a few feet from the window in a tree perched about 20 feet high. The sight drew the interest of students in Spanish class including Freshman Sofia Ambriz.

"I thought she was super duper cool and so pretty," Sofia said.

She also saw it as an opportunity to turn this owl into an 'Eagle'.

"It's pretty ironic and I know some people were a little bit confused on that. They were like, oh, an Eagle project, like, but this is an owl," Sofia said.

Sofia installed web cameras Thursday night and created a livestream to share the experience of the owl they named Lupe.

"This is going to sound super dorky," Seaseoy Bender said. "I was just looking at her and I was just like, well, what is your name? The name Lupe just came into my head. So, I tell the kids, she spoke to me."

Sofia hopes the site will raise awareness and donations for efforts of conservation. This girl is also a Boy Scout. She has submitted this effort to maintain a web page and livestream as a volunteer project to earn her status as an Eagle Scout, the highest honor.

"I would be one of the first women to get Eagle Scout because Boy Scouts of America only let women join a little over a year ago," Sofia said.

She plans to post clips of Lupe's day in addition to the donation drive and the livestream.

"You know, we're pretty sure that she has eggs and she's gonna get some owlets," Sofia said. "That would be really cool to see."

If you want to check out her web page and livestream click here: https://sites.google.com/jeffcoschools.us/lupetheowl/home

"Hopefully, people will take a look at Lupe and her (Sofia) out," Seaseoy Bender said.