The Lech family home was uninhabitable after an hours long standoff with police involving an armed suspect who took shelter in their home. 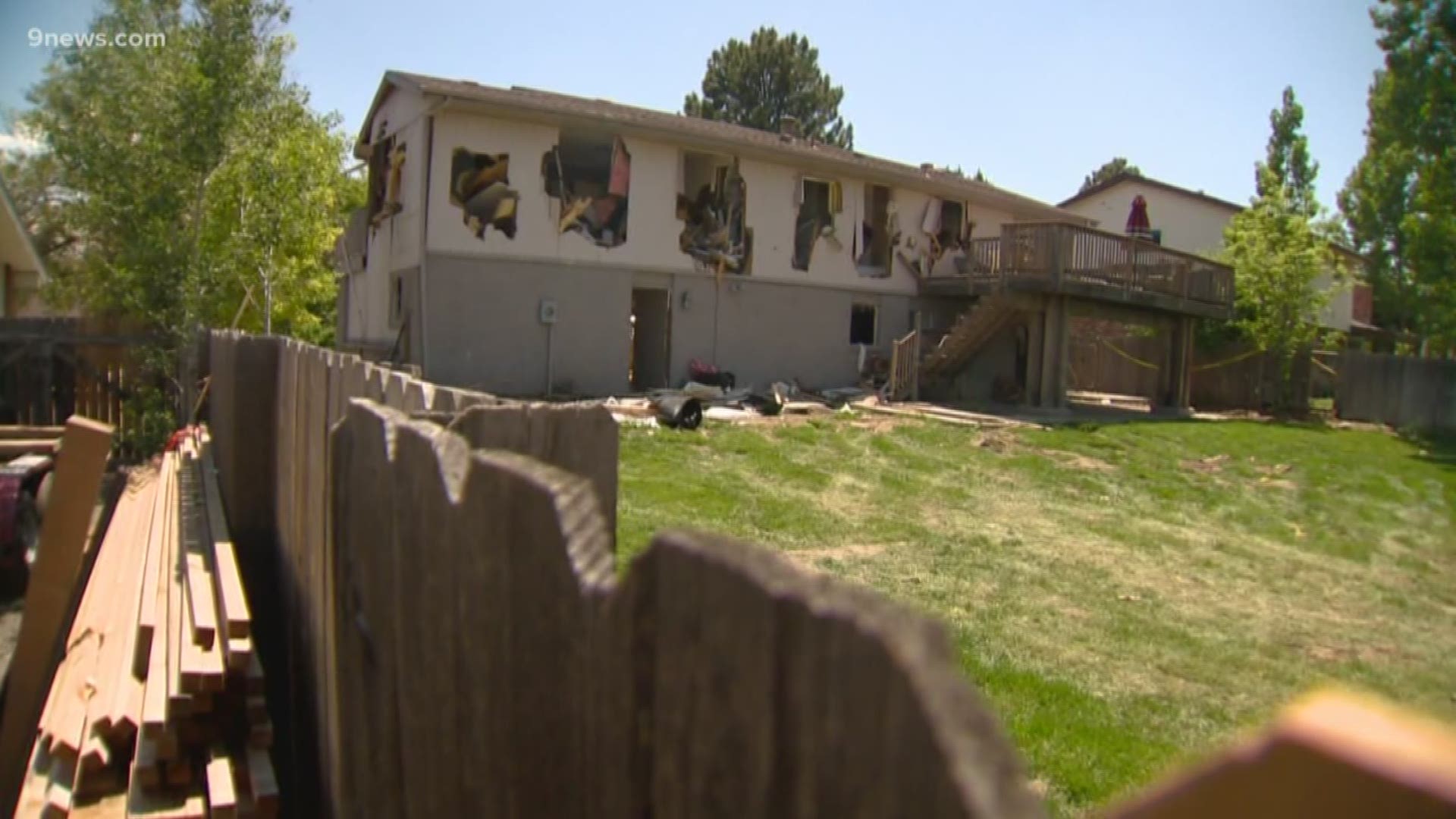 GREENWOOD VILLAGE, Colo. — A family whose Greenwood Village home was destroyed by police after an armed suspect took refuge inside it and refused to come out won't get compensation from the city for their losses, according to a ruling from the 10th Circuit Appeals Court.

John Lech lived at the home at 4219 South Alton Street with his girlfriend and her nine-year-old son when on June 3, 2015, officers from the Greenwood Village police department responded to a burglar alarm at the home.

All family members made it safely outside, but investigators learned that Robert Seacat, who was attempting to evade capture by the Aurora Police Department, was inside the randomly chosen home and refused to come out.

For nearly 19 hours, law enforcement worked to get Seacat out of the house. They fired several rounds of gas munition into the home, breached the home’s doors with a BearCat armored vehicle, and used explosives to create sightlines and points of entry to the home, according to the lawsuit.

When those efforts failed, officers used the BearCat to open multiple holes in the home and deployed a tactical team to apprehend Seacat. In the end, the home was uninhabitable.

The city offered to pay for temporary housing but did not pay for the extensive damage, and when they didn't, the Lech family filed a lawsuit in U.S District Court. Lech's attorney argued Greenwood Village needed to pay him back because of a clause in the constitution that says the government can't take private property without just compensation.

"Under absolutely no circumstances should a government agency be allowed to blow up somebody’s home, throw them out in the street, render them homeless and just walk away from it in any civilized society," said Leo Lech, who bought the house for his son. "What happened to us is third-world by any stretch of the imagination. It’s completely third-world."

The case went to federal court where the judge ruled in the city's favor and said there was an exception for emergencies.

That decision was appealed to the 10th circuit court. Oral arguments were heard in August and the ruling was issued Tuesday. The ruling affirms the lower court ruling that damage was the result of "police power" and not the result of eminent domain power.

"It’s absolutely not surprising at all," Leo Lech said. "It’s just extremely disappointing. It’s actually heartbreaking that something like this can occur in the United States of America."

Police power allows them to "regulate private property for the protection of public health, safety and welfare". It applied in this case since the damage was done during efforts to detain an armed man who had fired at officers.

The ruling also noted that the "innocence of the owner does not factor into the determination." 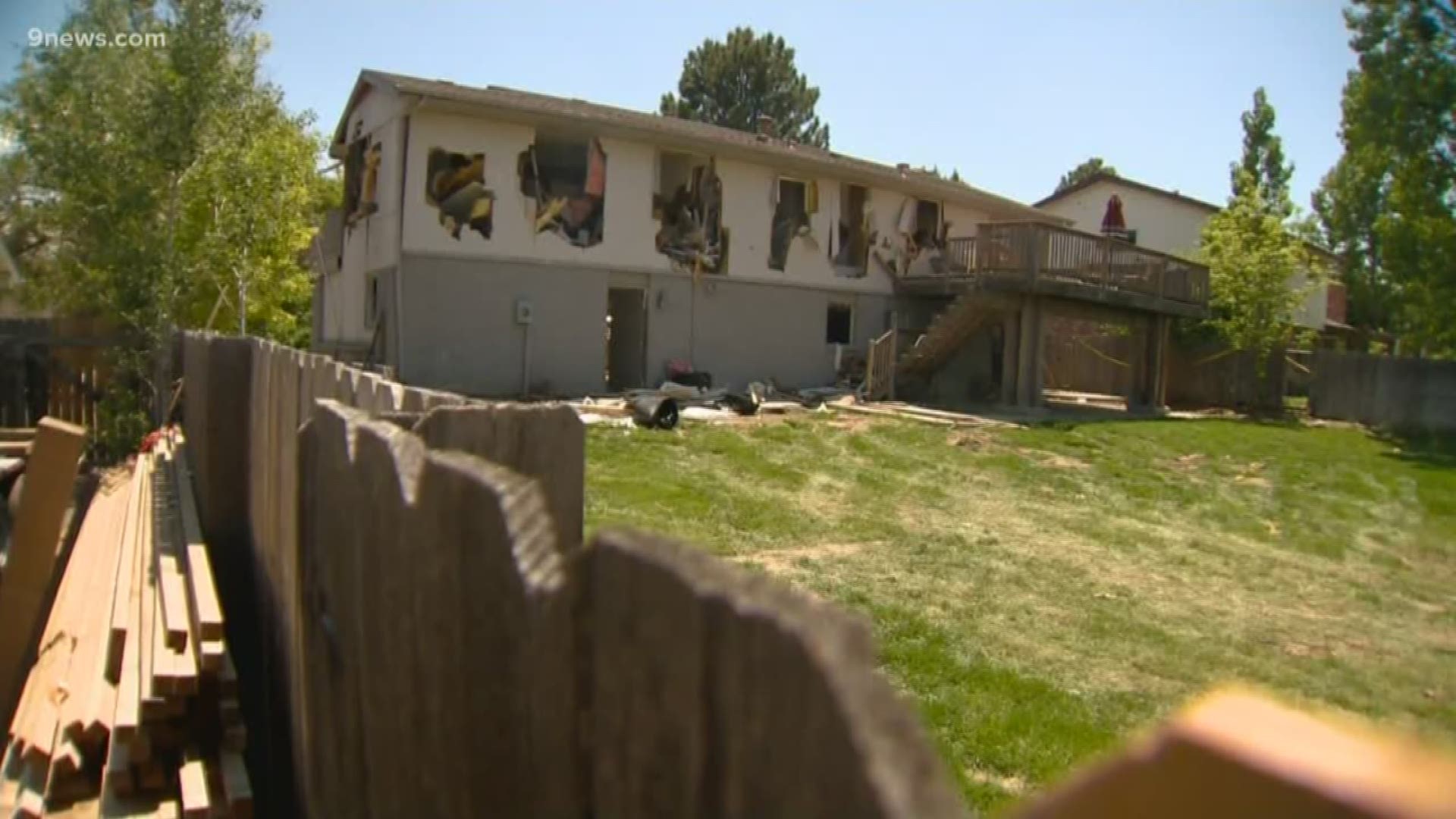 "This has to stop," Leo Lech said. "If it’s not me, sooner or later a case like this is going to bubble up to the supreme court and they’re going to have to do something about it."

9NEWS legal analyst Scott Robinson said no court has "ruled that the police would be liable for damage done to a home when they're enforcing the law."

"Most citizens would be shocked to hear that if the police destroy your house during a law enforcement action that they aren’t liable to compensate you,” Robinson said. "In over 40 years of being a lawyer, I have never heard of a case in which a home was so utterly destroyed by a police enforcement action."

Leo Lech said he and his family are considering trying to take their case to the U.S. Supreme Court. While the nation's highest court only takes a small percentage of the cases presented to it, Robinson said this case is a relatively unique set of facts involving a part of the Constitution that hasn't gotten a lot of attention by the Court.

"If the Supreme Court were ever to take a case of this nature, this case would seem to be ideal," Robinson said.

The city of Greenwood Village responded to the court ruling in a press release and noted that the officer's actions "were taken to preserve life, and were at all times conducted in an appropriate manner and in accord with their recognized and lawful police powers" and said "officers on scene risked their lives" in an attempt to apprehend the suspect.

In its response, the city also said that while the Lechy family was not compensated by the city, their home was insured and they did receive a payout through their homeowner's insurance.

The suspect in the case was eventually convicted on 17 felony counts, including 11 counts of attempted manslaughter, and sentenced to 100 years in prison.