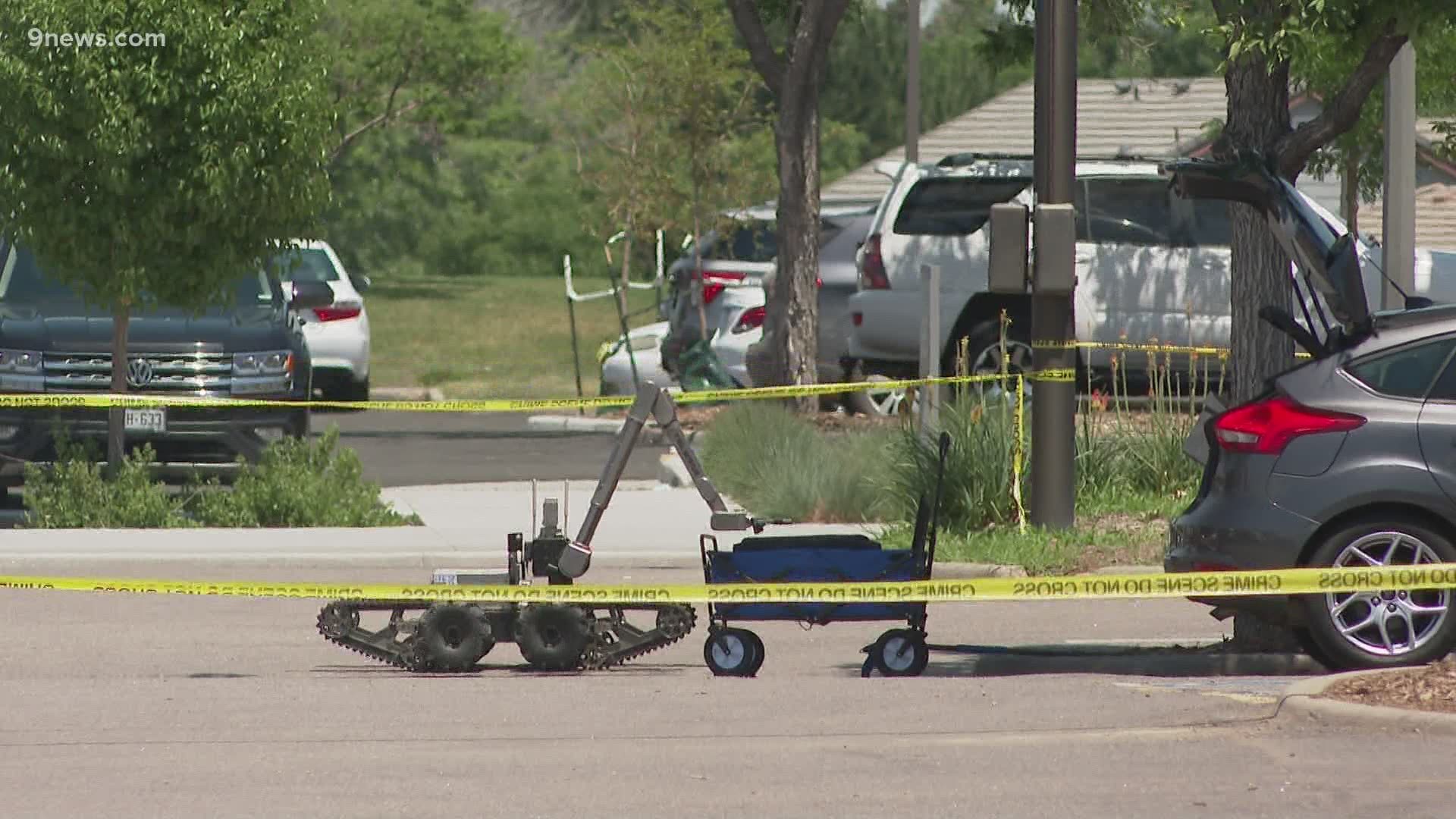 AURORA, Colo. — For more than three hours Friday, the courthouse at the Aurora Municipal Center was closed after someone brought World War II-era grenades to the area in an attempt to properly dispose of them.

Police said the man who took the explosives to the municipal center had no intention of using them, he just wanted to get rid of them.

"I spoke to one of the officers and he said there was a gentleman carrying World War II explosives in the back of his vehicle," said Domingo Moll, a library security guard who wasn't allowed to leave for her lunch break on Friday.

Aurora Police said a man had brought three Type 97 hand grenades to ask police to dispose of them. Those kinds of grenades were used by the Japanese Army during WWII.

The courthouse and the parking lot closed down while a bomb squad and a bomb disposal robot took a look.

Around 1 p.m. the caution tape came down and people in the courthouse were let out.

"I've never been in a courthouse this long," said Shantell Hopkins, who was there at 8:30 a.m. for a hearing for her grandson and then got stuck. "It's too long, too long."

The man whose car was being searched by the bomb squad wouldn't tell 9NEWS what was in his trunk or why.

"It's absolutely nothing to this story," he said before driving away. "You guys are wasting your time."

One of the bomb squads investigating was from Buckley Airforce Base, and we reached out to them to ask if the grenades were live. As of publishing this article, we have not heard back.

Aurora Police said if you have something that might be explosive, call police and tell them where those items are. Don't drive with them.