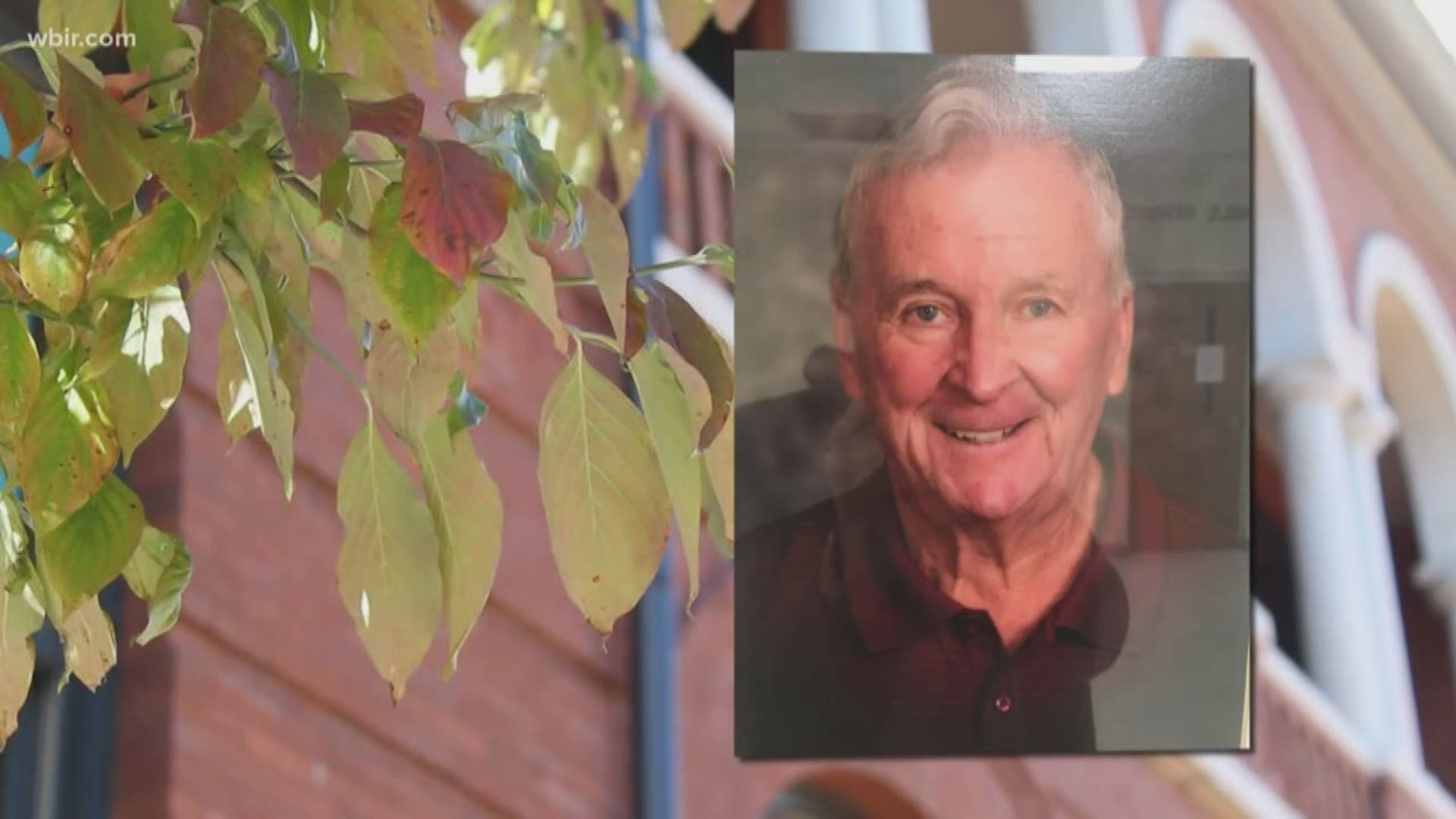 SEVIER COUNTY, Tenn. — The Tennessee Equality Project is calling for a Sevier County commissioner to apologize and resign after making homophobic remarks and comments about white people during a meeting Monday evening, according to the group's representative Sterling Field. The group is planning a protest in November.

Another Sevier County commissioner, Greg Haggard, said the comments do not speak for him but confirmed to 10News that Hurst told people it's time to wake up and made comments about a candidate running for president.

Haggard also confirmed Hurst made the following comment: "I'm not prejudiced, a white male in this country has very few rights and they're getting took more every day."

Sara Thompson, the chair of the Sevier County Democratic Party, was at Monday's meeting.

"He was very disrespectful to almost everybody except old white men," she said.

Thompson said she stood up to protest his comments as unprofessional, but could not be heard because people in the room were applauding. She said other commissioners did not rebuke Hurst.

"They were absolutely silent," Thompson said. 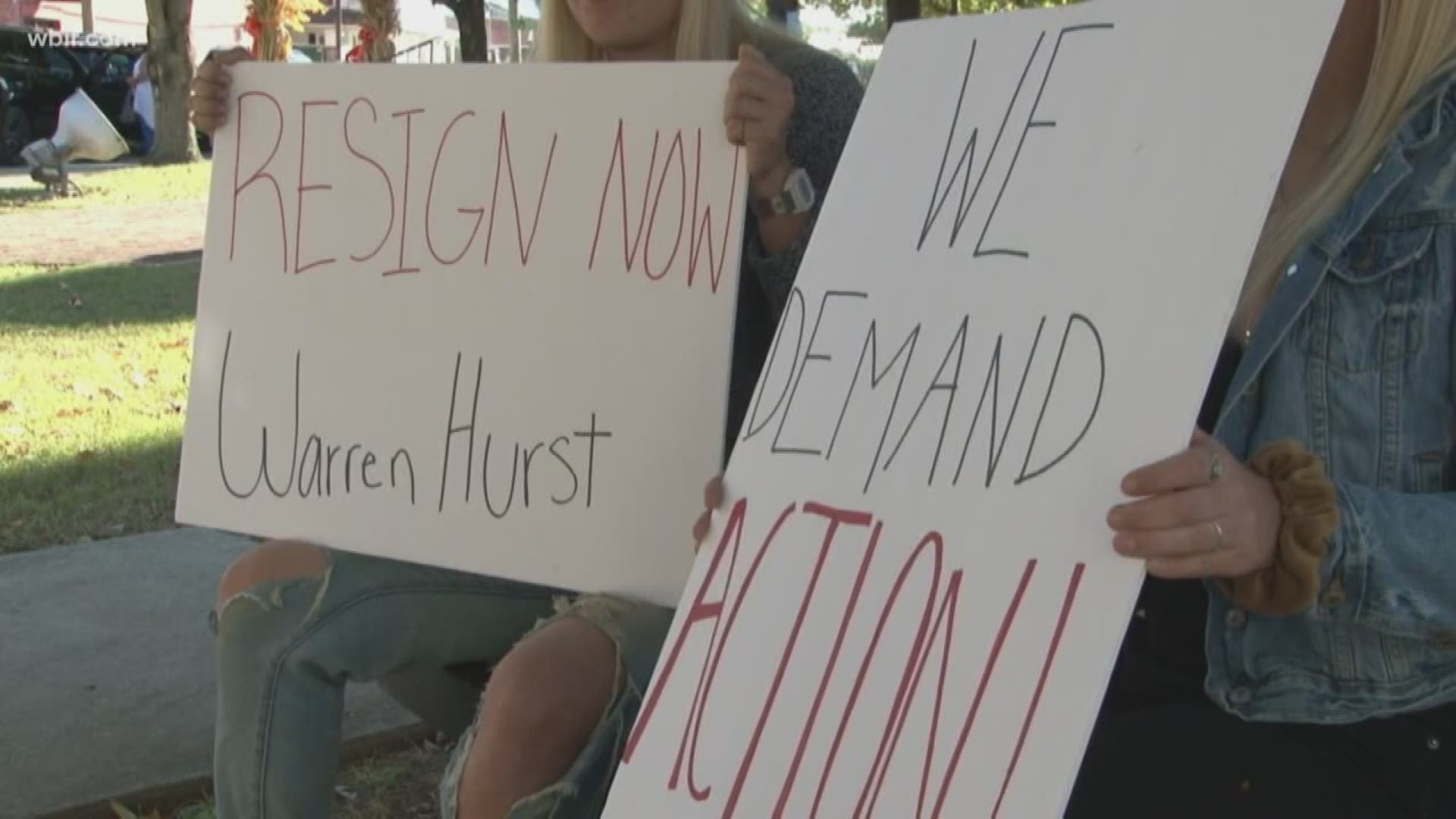 “Commissioner Hurst’s comments were his and his alone and I disapprove of those comments. They do not reflect my beliefs or opinions. I have lived in Sevier County my whole life and know it as a place that is welcoming to everyone, as evidenced by the more than 12 million people who visit annually. Generations of families have enjoyed our beautiful county and know that our citizens are caring and compassionate."

"The statements made by Commissioner Hurst at the Sevier County Commission meeting of October 21, 2019, do not reflect the opinion or position of Sevier County administration. Sevier County is an Equal Opportunity Employer and does not discriminate based on race, color, religion, sex, national origin, age, disability, or status in any other group protected by law."

The city of Gatlinburg also issued a response, saying they do not share Hurst's views.

"We are shocked and disappointed by the offensive comments made by Sevier County Commissioner Hurst during Monday’s commission meeting. The City of Gatlinburg certainly does not share Mr. Hurst’s views. They are not consistent with what we stand for as a community. As more than 10 million visitors a year from across the globe can attest, Gatlinburg is one of the most friendly, welcoming communities in the world. We regret that these insensitive comments might leave the impression that we are anything less than that.”

While the incident happened at Sevier County commission meeting, the city of Sevierville also issued a statement because it said the remarks "still impact all of us living and working in this area.

"The City of Sevierville Board of Mayor and Aldermen and City administration reject bigotry and prejudice towards any and all persons. As such, we strongly condemn the remarks of Commissioner Hurst. Mr. Hurst’s remarks do not reflect the feelings of our residents, who are friendly, caring people and neighbors. The City of Sevierville and the entire Smoky Mountain community is a welcoming place for the millions that visit our region and the thousands who live here."

It also said the city is an equal opportunity employer and doesn't discriminate.

Dollywood, in a statement by Pete Owens, said "We read the comments made in Monday night’s County Commission meeting and they do not reflect the Dollywood experience in any way. Dollywood is open and welcoming to everyone, every day."

GLAAD, which used to stand for Gay & Lesbian Alliance Against Defamation, issued the following response after seeing the video:

“These statements from Sevier County Commissioner Hurst are completely unacceptable and ridiculous, especially coming from a county official."

According to its website, GLAAD rewrites the script for LGBTQ acceptance. As a dynamic media force, GLAAD tackles tough issues to shape the narrative and provoke dialogue that leads to cultural change.

The Tennessee Equality Project also created a Facebook event for a protest. It called for people to attend the Sevier County Commission's Nov. 19 meeting wearing red to "show [their] opposition to this kind of discourse in local government."

Hurst represents the first county commission district east of Sevierville and Pigeon Forge. He won his May 2018 primary and ran unopposed in Aug. 2018, winning with 847 votes. He is up for re-election in 2020.