Petition language has been approved to recall all six board of trustee members and the mayor. Some petitions require as few as 33 signatures to be successful. 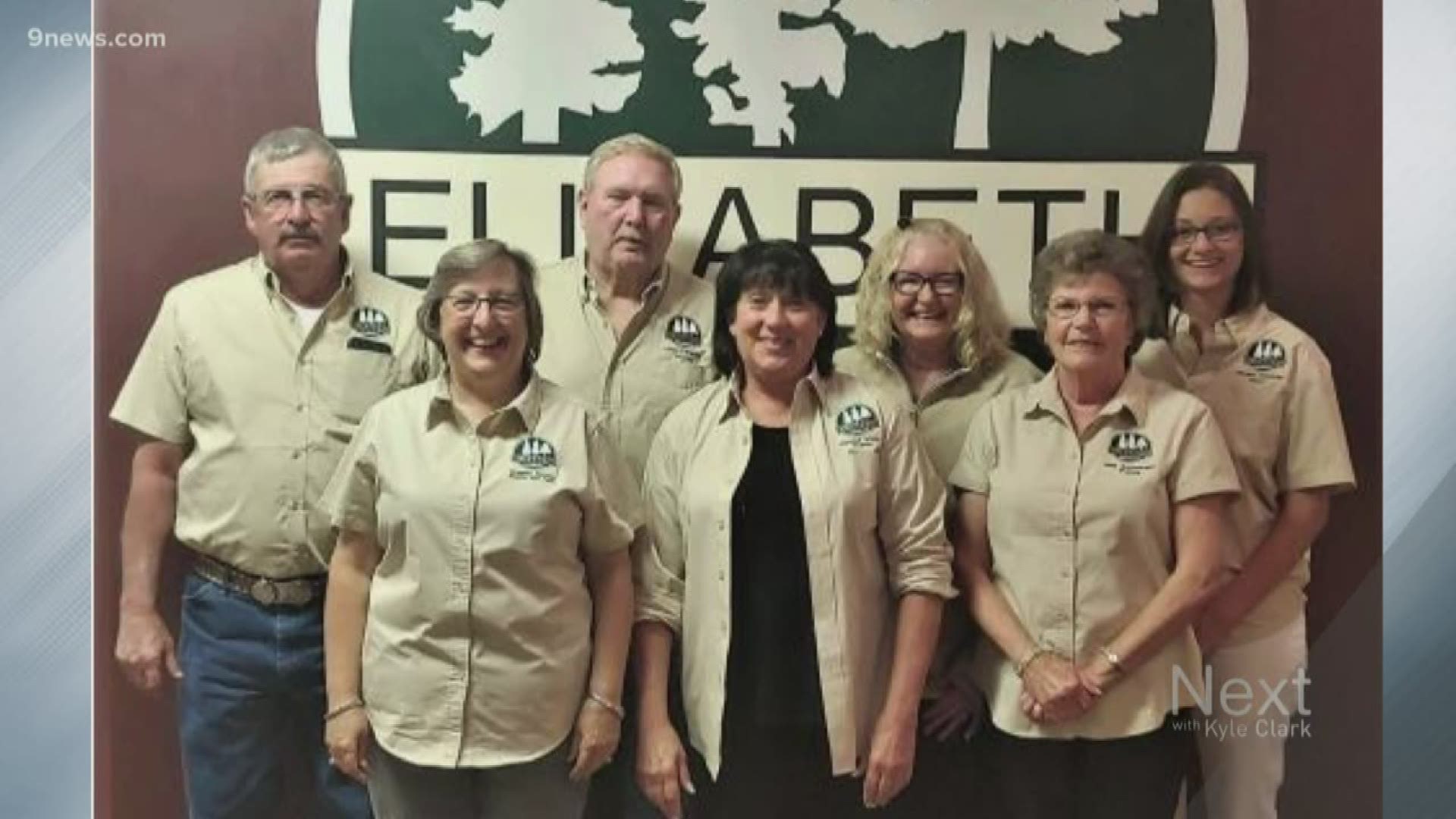 ELIZABETH, Colo — A group of citizens in the Elbert County community of Elizabeth will soon begin gathering signatures to recall the town’s mayor and each member of its board of trustees.

A group called “We Are Not Parker” appears to be behind the recall effort. The group hasn’t responded to a 9NEWS request for comment.

According to a post on the group’s website, members are upset over several decisions made by the Elizabeth Board of Trustees and the mayor over annexations and developments. The group also claims police calls for service have increased 66 percent year over year.

The protesting group now has 60 days to collect signatures.

If the signatures are verified by the clerk, each elected representative would have 10 days to file a protest to the recall, then a hearing would be held, Oeser said.

If the recall effort is successful, the town would hold a recall election during the next regularly scheduled municipal election in April  2020.

"Recalling one means the Mayor and BOT picks the new one," the website for We Are Not Parker reads. "Recalling ALL means WE THE VOTERS pick the new ones."

Elizabeth Mayor Megan Vasquez said she knew an effort like this was coming after a meeting last week about the town's comprehensive plan for the future.

“I can relate to how they’re upset right now. I also feel like there’s a lot of misinformation out there and that does tend to stir the pot,” the mayor said.

“People believe that the Town is going to come and take their property in essence – which we have no intention,” she said.

The recall effort in Elizabeth is now one of four municipal recalls in the state of Colorado this year, according to the Colorado Municipal League executive director Kevin Bommer.

Earlier this summer, a group seeking to recall the mayor of Brighton collected enough signatures to do so. The group blames Mayor Ken Kreutzer of overseeing the overcharging of Brighton water customers for years then firing the city manager to cover it up. Kreutzer denies the allegations and claims the dismissal of former city manager Phillip Rodriguez was over unrelated personnel issues.

In Estes Park, the mayor pro-tem was recently recalled over a controversial plan to build a mountain roller coaster.

In the small town of Pitkin in Gunnison County there are 81 registered voters, according to the Gunnison County Clerk and Recorder. Two town trustees are facing a recall election on Sept. 10. The allegations in that recall weren't immediately available. The Town Clerk of Pitkin County has not responded to a request for comment from 9News.

“(Municipal recalls are) not that common," Bommer said. "I think there’s a lot more awareness of recall elections now when they do happen.”

Even more rare, he said, are recalls involving entire government bodies, like the situation in Elizabeth.

He doesn't believe these recent recalls indicate a new trend.

Vasquez, though, believes they may be becoming a new norm when it comes to conflict resolution.

"As a citizen in the United States you have every right to do it so," she said. "I just hope that people really before they take that step they just educate themselves on the whole process and the background."