Growing cannabis indoors has a big climate impact, so why doesn’t the industry go outside? 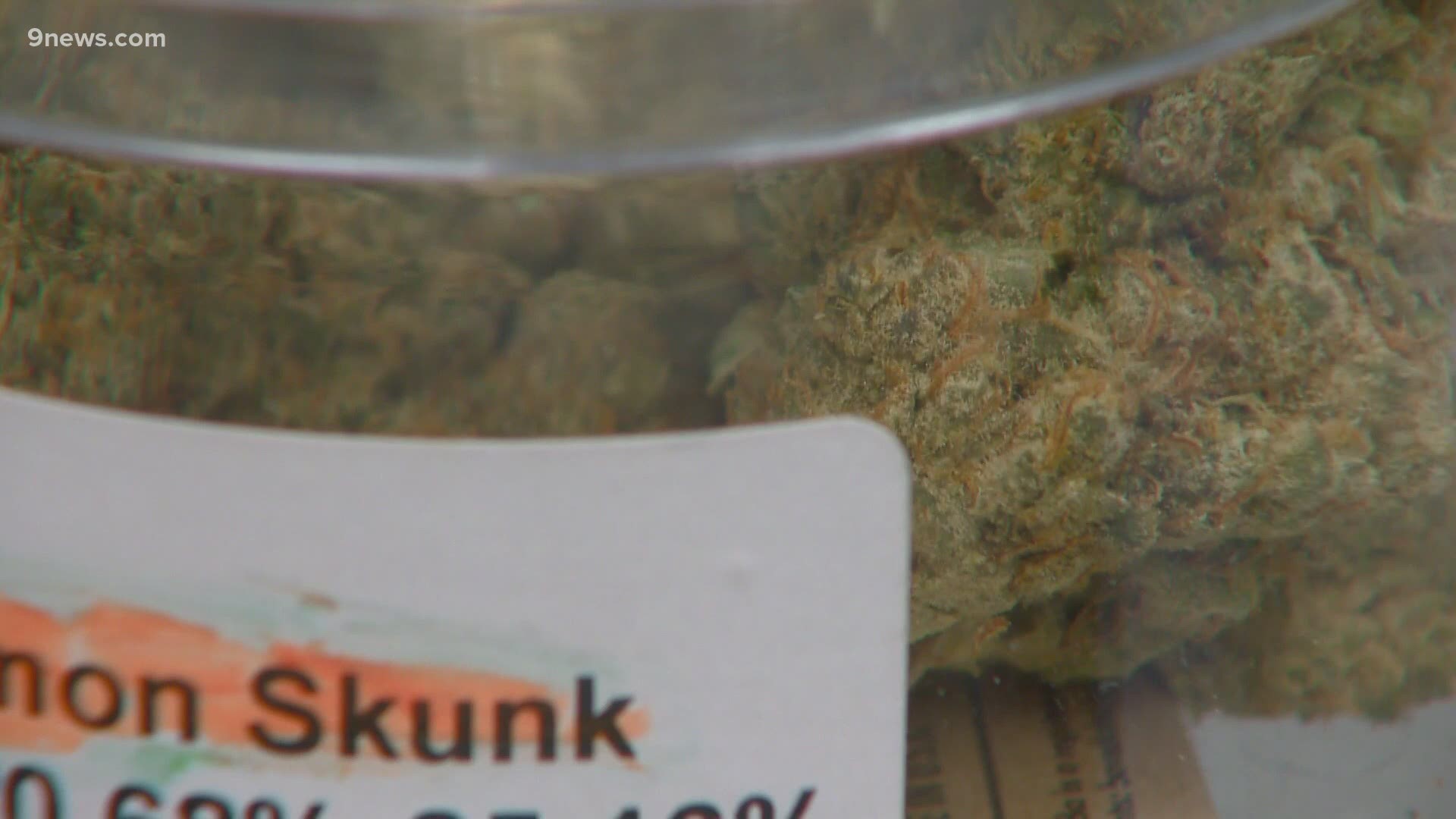 DENVER — Chris Baca wants to be upfront about the climate impact of his warehouse.

As the operations manager for The Clinic, a Denver-based dispensary, Baca has turned the windowless space in south Denver into a plant paradise. He said the trick has been to mimic the outdoor environment. Artificial lights fill the role of the sun. Fans pull in fresh air. Pumps feed water nutrients to hundreds of sprouts lined up along long tables.

> Video above from March: Denver pushes for social equity in marijuana industry.

Most cannabis growers in the city also work indoors. Baca has taken steps to make the process as environmentally friendly as possible, including installing efficient LED lights. More recently, his company partnered with the Denver Beer Company to recover leftover carbon dioxide from the brewing process. The gas is then bottled and released to supercharge plant growth inside the warehouse, saving costs and additional greenhouse gas emissions from shipping the heavy canisters.

Nevertheless, Baca said there’s no point in hiding the truth.

“It takes a huge carbon footprint,” he said. “I see it as a good thing to let people know how bad it really is.”

RELATED: It's official: Colorado surpasses $10 billion in cannabis sales since 2014

A recent study from Colorado State University confirms cannabis cultivation has a significant climate impact in Colorado. The research, published in Nature Sustainability, estimated indoor cannabis growing now accounts for 1.3 percent of the state’s total greenhouse gas emissions. For perspective, coal mining has only a slightly larger share at 1.8 percent.

To arrive at those estimates, Hailey Summers, a graduate student in the CSU Department of Mechanical Engineering, created a computer model of a typical indoor cannabis operation. Associate Professor Jason Quinn advised the research. The team attempted to account for almost every input to a typical facility, including electricity, natural gas, water and fertilizers. It also tried to include “upstream” emissions from all products.

“That means if we’re using fertilizers, we account for actually producing those fertilizers,” Summers said.

The researchers then ran the model for over 1,000 different locations across the United States. The results showed a kilogram of dried cannabis would have the smallest climate effect in Long Beach, Calif., thanks to its mild climate and low-carbon energy grid. The same kilogram would be most intensive in Kaneohe Bay, Hawaii. The median impact was about equal to the total greenhouse gas emission of a 9,000-mile road trip in a standard passenger car.

Summers added 80 percent of all emissions from indoor production come from practices unique to that method of growing. By those estimates, Colorado’s marijuana industry could significantly cut its climate impact by moving operations into fields or greenhouses, but it’s unclear by how much. Summers hopes to conduct future research on outdoor practices like tilling the land and diesel tractors.

A 2020 survey of cannabis growers from the Cannabis Business Times found a majority operate either entirely or partially in warehouses. The percentage could be even higher in Colorado. The state Marijuana Enforcement Division lists 727 retail licenses for retail cultivation facilities but doesn’t detail whether those companies work indoors, outdoors or in greenhouses.

In her study, Summers suggests regulations pushed most of Colorado’s cannabis growers inside. Early state marijuana laws required businesses to “vertically integrate,” meaning retail shops had to grow almost all their own products. Most Colorado cities and counties, including Denver, also banned cultivation outside of closed, locked spaces.

Summers said those policies might have been designed to aid regulation and protect against theft but ultimately made warehouses the only good option.

Ben Gelt, who promotes sustainable industry practices as the founder of the Cannabis Certification Council, said that doesn’t entirely explain why companies have stayed indoors. In the nine years since recreational legalization, Colorado no longer requires vertical integration, and some jurisdictions, like Pueblo County, allow outdoor cultivation and greenhouses.

“I certainly wouldn't disagree with the position that early regulation slanted the table towards indoor production, but that's a small part of the puzzle,” he said.

Gelt said a bigger factor is consumer preference. While outdoor cannabis might not require as much energy, the final “bud” or “flower” tends to have a tougher, less commercially appealing appearance. That might not be ideal for a customer hoping to smoke it or post a picture on social media. “It doesn’t have the same sticky feel you see on Instagram,” Gelt said.

While he’d encourage more outdoor cultivation, Gelt expects some portion of the industry will always grow their plants in warehouses. The challenge then is to make the process as environmentally sustainable as possible, both by improving cultivation practices and supplying the operations with renewable energy.

“The cannabis industry is new and easy to sling arrows at. But when companies set up, they’re plugging into the same grid we all are,” Gelt said.